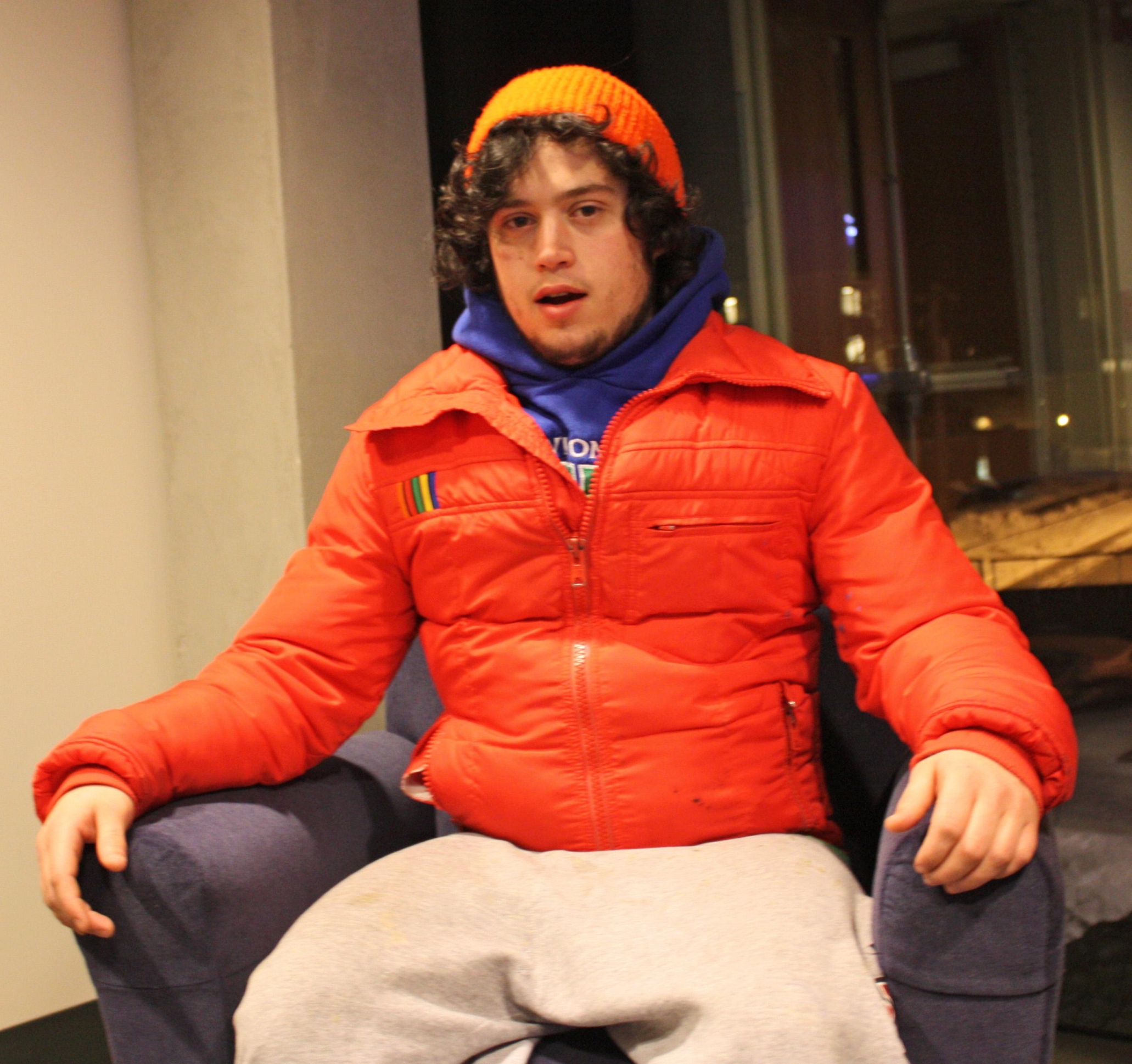 Many students at Lawrence have an interesting story of how they got here and became interested in their field of study. But it seems that most people, especially in the fine arts, arrive here with a good idea of what they want to pursue. However, when George Ziegler came to Lawrence four years ago, he did not want to study studio art.

“I didn’t like the idea of being taught to draw,” Ziegler recalled. “It’s my self-expression, so I don’t really care if it’s formally correct; I just want to do it for myself. But the classes here are not focused on fundamentals, so I like the openness of them.”

Ziegler always liked to draw, but never took any art classes in high school. After finding a pen that he really liked to use while taking several drawing classes during his sophomore year, Ziegler became a studio art major.

“Most of my drawings are playing or experimenting with lines,” he said when asked to describe his work. “I use color sometimes. I recently started painting more, so I like using color with that. I use colored pens to draw sometimes.”

Ziegler, who thought he would be an art history major before getting into studio art, likes artists from several different periods, including Hieronymus Bosch, Joan Miró and Richard Dadd.

“I’d say that generally my studies of art history don’t have a lot of influence on my art, but sometimes I do make some specific references,” he commented. “I kind of look at [art and art history] as separate things.”

Right now, Ziegler’s piece “Big Greasy” is on display in the gallery at the Warch Campus Center. He worked on it during fall term using watercolor and pen. It features many circular shapes filled in with color. Ziegler will have some more pieces on display later this year in the senior art show. That show opens at the end of May.

When he is working, Ziegler tries not to think about who is going to view his art and what they’ll think of it.

“You do end up considering it sometimes because you have so many critiques in art classes,” Ziegler stated. “It’s kind of impossible to escape peoples’ opinions on things.”

He spends varying amounts of time on each work.

“The stuff for the senior show was started a couple of years ago,” said Ziegler. “It can be pretty meticulous, so I can’t do it for a long time period at once. Some paintings go by pretty fast, but most of my works take at least a couple weeks.”

Ziegler enjoyed making films in high school and has continued to do that here through digital processes classes. He also collects and creates art with Legos. In addition to these interests, this Middleton, Wis. native likes all sports and plays intramural basketball.

Last year, Ziegler used pretzels to create a portrait of Jesus. This work, named “Presus,” is probably his personal favorite. He clearly has a wide range of artistic talents and hopes to include art in his future.

Ziegler also said that while he draws a lot of abstract art, he doesn’t consider himself an abstract artist.

“I tend toward doing abstract art, but I’m not discouraged away from doing representational things,” he said. “I don’t believe in one right way to do art.”