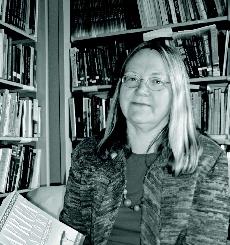 Young: How did you first get interested in working in Africa, and when did you first travel there?
Skran: Well, I got interested in Africa for two reasons. One is that I’ve been interested in refugees since I was in graduate school. I wrote a book about that, and I had a lot of interest in African refugee issues. I got interested in Sierra Leone in particular because I was looking for a place to go to study where refugees had returned. I was very interested in what’s called post-conflict peace building, and Sierra Leone was a country that had been at war and was now at peace. I also had a couple of students who were doing projects on the country at the time, so it really combined my two interests, and these students started getting me interested in it. I went to Sierra Leone for the first time in 2005, and I was lucky enough to win a Fulbright fellowship to go. The Fulbright pays for people to do research – we’ve actually had a lot of faculty win – but I was the first person to go to Sierra Leone as a “Fulbright-er” in over 15 years because of the war, so there was no real well-trodden path. I went in 2005-2006 for my sabbatical, and I took my two youngest kids with me. Sierra Leone is one of the least developed countries in Africa. When we lived there, we lived without electricity for about six weeks completely. So basically, when darkness falls around 6:30, you have to light a fire or get around by flashlight. We didn’t have any means of cooking, so we cooked over charcoal. It’s always [been] the least developed country in the world; very poor healthcare, very poor roads. In the last couple of years it’s maybe come up a bit, and there’s been more economic growth, and there’s been some progress, but compared to other countries, its still way down at the bottom of the human development charts. That was the first time I went, and now I’ve been there I think nine times altogether. I’ve gone there at least once a year since I left, and I’ll probably go there again in December. Most recently, I’ve been going for about three weeks at a time because that’s the time I have, but in a couple of years I’ll go back for my sabbatical, and I’ll be able to stay longer.
Young: What was your area of research in Sierra Leone?
Skran: My main purpose for traveling there was to look at aid projects and their effectiveness – especially aid projects for those who were returning – but I looked at other kinds of projects, too. I literally saw hundreds of aid projects all over the country. I ended up riding something like a Land Rover and traveling all over, and so I saw a lot of agricultural projects, schools, rice haulers, centers to prevent violence against women – all different kinds of aid projects. [I] looked at how they were doing, how much they cost, what was being accomplished and the sustainability of the programs. Most of the programs were started by outside funders in the U.S. or the U.N., but for them to last they have to continue to be financed by people there, and many times this doesn’t happen; if the money’s gone, the project’s gone. So what I was interested in was the projects that were continuing and how they were continuing and why.
Young: So, I heard you’re the go-to person for the U.N., for Sierra Leone? How did this happen?
Skran: (Laughs.) Well, I teach international organizations, and I teach about the U.N., and I’m the advisor for the Model United Nations club. I’ve done model U.N. simulations in my classes since about 1994 – I do one just about every other year, so that’s probably what people mean when they say that. Model U.N. is global in scope, and obviously the U.N. does a lot of things outside of Africa and I’m interested in that as well, but a lot of my work in Sierra Leone does involve the U.N., especially the U.N. High Commission for Refugees. I’ve actually worked for them as a consultant, so there’s a lot of different U.N. agencies that are there.
Young: What do you do outside of Lawrence, besides research?
Skran: (Laughs.) What are my hobbies? Well, I don’t have a lot of free time. Most of the free time that I do have is either spent with my family – I have three kids, the oldest one is 17, I have a 13-year-old, and the youngest is 11. So, yes, I’m doing the college search right now. Aside from my family, though, I probably spend a lot of time with the Kids Gift program, which is working with student groups here and a lot of other places to raise money for kids. I also do a lot of speaking at many other places on African issues, so that probably takes up a lot of my free time, so to speak.
Young: Would you like to start a class at Lawrence to get students more aware of the issues in Sierra Leone?
Skran: I would like to teach a class on African politics and development, and I probably will do that in the future. I would like to see more Lawrence students involved in African issues, but we have a lot of students who are very committed to social activism and justice doing projects here for different parts of Africa, so I’m very pleased in that sense about their interest in the topic. 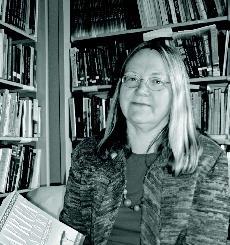