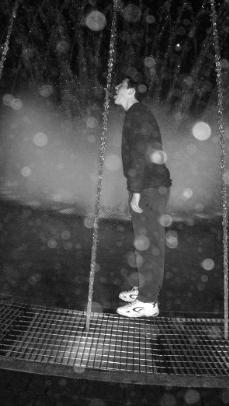 Ariana FloodRyan Broderick: I am not a writer, nor a poet, nor a speaker, but I write what I can in honor of him.
A passionate young man who grabbed life in both hands, Ryan was one of those few people who was able to follow his dreams, wherever they happened to lead him.
The first time I met him was on his move-in day, a freshman at LU, coming from California, totally out of place in Wisconsin and unsure of his future.
He struck me as someone still searching for his niche in the world but unafraid to try whatever he thought might lead him closer to finding it.
As I grew to know him better, I learned to admire his drive to do what it was that he wanted, whatever it was at the time.
From trips to Canada and South America to change of his major from philosophy to Spanish, Ryan lived out his passions with enthusiasm.
At LU I could always count on him to say, “Hey, how’s it going?” and actually stop to listen to the response.
A quiet person, sometimes he tolerated gracefully my teasing or my occasional invasion of his room with art projects or loud conversation, and he always had a smile.
My favorite interactions with him involve one deep conversation about the predicament of the Spanish schoolchild while I was taking up his entire floor working on my art project, and then the creation of his first snowman ever while he visited our house.
Having never done this before, the snowman looked more like a piece of modern art than the traditional snowman, but Ryan – having made it all by himself – was extremely happy with it.
There is still not a day that goes by where I don’t think of him here at Lawrence; whether in the library, the campus center or just walking, I still expect to see him.
Ryan’s life was cut too short – he left friends, family and many hopes behind.
But I can say, without a doubt, that Ryan Broderick has done the most living of almost everyone I know.
He was still not sure of where he wanted to go or who he wanted to be, but he took what he had and ran with it.
If he wanted to do something, like run stairs at five in the morning because he couldn’t sleep, he did it.
He would fight fiercely for what he believed and he would follow his dreams wherever they took him without needing to spend time thinking about a long-term why, without letting limitation exist.
Though he was no longer a student here, he will be missed and his absence will be felt for a while to come.

Ryan Broderick and I were roommates. For two weeks. We didn’t mesh well on a personal level. In fact, the very last interaction we had was him chasing me to my new room and saying, as I closed the door on him, that he thought I was “a really swell guy.”
He also wished me the best. This went smoother than my exit upon moving out, whereupon after making a dramatic final scene complete with the door quietly slamming, I got to my new room across the hall to realize I had left my only towel on the back of the old door. Ryan laughed as I shamefully knocked on my old room’s door.
I never said it to him after our fight, but I thought he was more than a swell guy. Even though I didn’t know him for long, it was clear that he was concerned with finding some truth about life, to get to the heart of the matter, and his goal was as noble as anything.
He was willing to give up any worldly amusement, no matter how pleasurable, for just a taste of that truth. Unlike many people, he never got sidetracked in his pursuit, never getting hung up with trivial distractions. He was relentless.
It was that relentlessness that made us lock horns. In the midst of his search, he told me to question something that I held too precious to be questioned. He had no way of understanding how such a thing had gained unquestionable status, because the effect of such a question on my life would be akin to placing a hippo on a three-legged stool and pulling on one of the legs.
While Ryan had shed enough weight in his own life to be slim enough to balance on two legs, my life had hippo status, so in order to prevent me from crashing down, I decided to move my circus. I moved out.
When Ryan laughed as I slunk around the door to grab my towel, he was not laughing at how pathetic I was at the moment. We both knew that, but Ryan never gave those thoughts any weight. He laughed because he understood that we were in a similar struggle to sort out our places in life, and in that struggle I positioned myself in a hilarious plight.
I was barely able to keep a straight face in front of him, but as soon as I was into my new room I too burst into laughter. Ryan could have, perhaps should have, laid into me, but he didn’t. Even with me, somebody who didn’t particularly get along with him, he still wished only for the best. That kindness is incredibly rare, and it takes a very special person to live that kindness. Ryan was a great guy, one of the greatest, and I will miss him.

I lost my first argument with Ryan when we were both waiting in line to pick up concert tickets during the fall of his freshman year. Later, neither of us could remember what that original debate had been about, but I think it set the precedent for the dozens of conversations that followed. He had this way of picking up your idea, turning it around, and handing it back to you so suavely that you couldn’t help but look at it in a new way. And it was impossible to be offended by him as he did this because of that roguish grin that was always spreading across his face. Our conversations over the next three years ran the gamut from completely absurd to intensely personal to mundane. Would barefoot running bring him closer to Zen? Were people with small noses somehow inherently more trustworthy? Ryan reminded me to take care in all things without taking them too seriously, and this is something he always did best himself. I feel lucky to have known him.

Ryan Broderick was my roommate for two years, through our freshman and sophomore years at Lawrence. We had our differences at times, but our relationship was a solid one, built on dozens of late-night conversations on the existence of God, spirituality, ethical dilemmas, love, relationships, self-valuation, self-image, perceptions and bigotry. I would like to think that I knew him better than most.
Ryan was forever reinventing himself, forever striving to be better, happier, more at ease with himself and those around him. He was as zealous an idealist as anyone I have known, always seeking the good, always trying to do right for other people and himself.
He came up with grandiose ideas and far-reaching plans for how he would lose weight, how he would help people in South America, what he would do with his future. Those ideas would steer him recklessly for several weeks, and then he would discard them for a new one that, to him, improved upon the previous.
I saw him in his darkest hours, and his brightest. I handed him sheets of paper and a pencil when he was so upset and angry at a messy break-up that he couldn’t sleep and told him “just write it down,” and I kept those sheets of angrily written paper hidden in my desk drawer, unread, until he was ready to read them.
I was there, sitting at my desk or on my futon, countless times, as he came bursting in with his eyes twinkling and said, “Sam, I’ve made a decision!” We went sledding together – Ryan displaying the joy in it that only a person born and bred without snow could have – and we ate dinners together. We laughed together, and yes, even cried together.
Ryan’s passing was tragic, unanswerable, unnecessary. I learned about it sitting in a lonely hotel room in Bayeux, France, when I went to wish him a happy birthday on Facebook, and the news rocked me to my core. It was the kind
of thing that Ryan would do – climbing to see the world from a new perspective, a different view. And it will never be just, or fair.
But I will always remember Ryan the way I last saw him, in the patio just outside the campus center. I knew he was transferring away, and we both knew we wouldn’t see each other for a long time, if ever.
We embraced, and as we pulled away to return to our respective rooms, I turned back and said to Ryan: “I wish you all the best, on whatever path life may take you.” He smiled – a smile that made his eyes disappear – and said: “Sam, I love you like a brother.”
Ryan Broderick was my friend, my roommate, and at times, my brother. I hope that right now, his soul – a soul he never truly believed in, and that we spent many hours discussing and arguing – is somewhere full of light, where he can be exactly the person he wants to be. He will be greatly missed.

I always thought that I was going to show Ryan Brazil sometime in the future. He loved Latin America and always talked about how he would love to travel more and know more about people and their cultures. Similar to many youngsters at his age, he searched for and questioned the meaning of life and he knew that he would find it in both nature and in people. I loved that kid and I am very glad I had the chance to meet him. 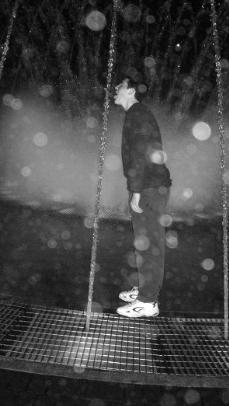