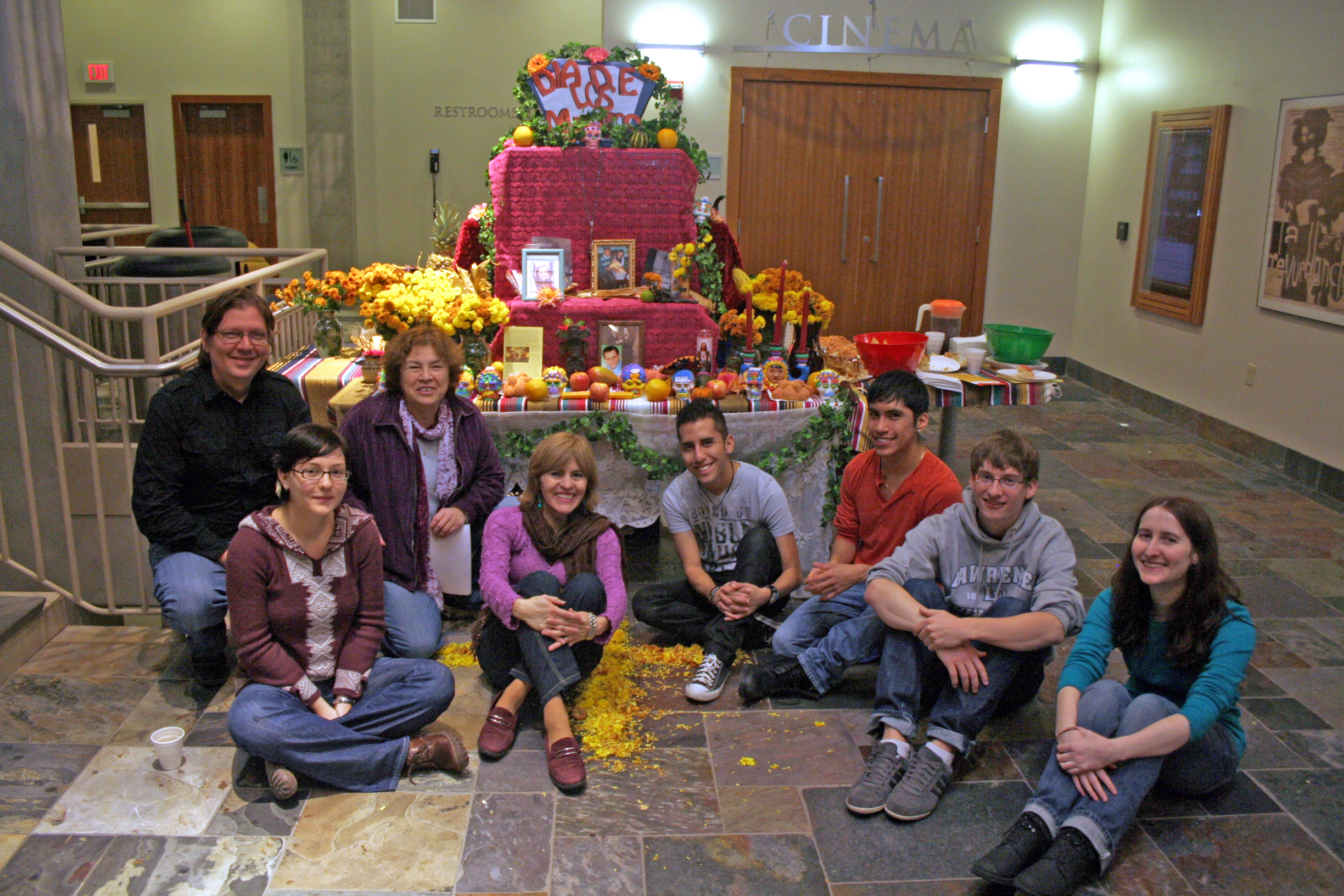 Día de los Muertos — Day of the Dead — is a Mexican national holiday that is celebrated across the world on the first and second days of November. VIVA, a student organization centered around Latin-American culture, made sure to commemorate this event at Lawrence.

Walking down the Warch steps to dinner, you might have passed by a fall-colored booth. This booth was actually what is called an ofrenda — an altar upon which people place photographs of passed loved ones. Also on this altar are dishes of food and a specific type of bread. According to president of VIVA Osbani Garcia, “the type of bread depends on region, but I know that in Puebla they have bread that is shaped like a dead person, and sugar colored red sprinkled on top to represent blood.”

Eating bread shaped like a corpse may appear morbid, but in spirit, the holiday is anything but morbid. It is a holiday of remembrance, in which family and friends gather to pray over loved ones who have passed away.

According to Garcia, there was “a decent turnout,” which included several professors, and the bread — not quite as intricate as those in Puebla — was later cut into pieces and given away. Día de los Muertos was the second of two events that VIVA put on this term to bring Latin American culture and issues to campus.

Diversity at Lawrence can be a tricky matter, and it is easy for diversity-related student organizations to feel frustrated. Besides the Spanish department, the Hispanic community is not very large at Lawrence — “there are, like, six of us here,” said Garcia — but VIVA has a very simple, very unpretentious goal: to give the Hispanic community a presence at Lawrence. “Presence” is a hard word to pin down; all student organizations would like to have “presence” on campus, but to different extents.

VIVA, however, is not about recruiting members. It is not even about putting on spectacular events. The organization is events-oriented, but it is content with simply making these events accessible to the public. It does not call attention to itself, but opens its arms to those who want to pay attention. People even just a little bit curious about Latin American culture can easily take what VIVA has to offer.

In addition to cultural activities, VIVA is unafraid to discuss social issues and current events. Their other event this term was the “Being Queer in Latin America” panel held a couple of weeks earlier. Despite what Garcia calls “the difficulty of getting VIVA on track this year” — they had to appeal to LUCC at the beginning of the school year for re-recognition — the organization is in the midst of planning future events, including a Mexican tradition Jan. 6 with the nativity scene and traditions involving Chile and Venezuela.

Those interested in joining the board can contact Garcia. Meetings are held every Sunday at 6 p.m. on the WCC fourth floor.