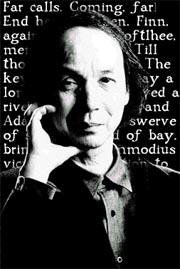 The Lawrence Symphony Orchestra will fill the Memorial Chapel with diverse colors and excitement with a program that spans from Takemitsu to Shostakovich and Tchaikovsky. The LSO will present its first concert of the term on Jan. 19 at 8:00 p.m.”I compose to find my own existence, and through that, to find my relationship to other human beings,” wrote Toru Takemitsu. The program opens with “How Slow the Wind,” written in 1991 by Takemitsu, a Japanese composer who died in 1996. “How Slow the Wind,” unlike the stereotypical modern orchestral work, is not random and esoteric, but has a lovely, simple melody the ear can easily grasp.

The piece’s difficulties lie in its extended range, especially for the divided strings, who often play harmonics. Challenging phrasing also presents hurdles for the orchestra. The musicians’ mastery of these possible trip lines makes for great listening. Although Takemitsu’s “How Slow the Wind” is not overly complicated, its voicing is unique in that it includes alto flute, contrabassoon, English horn, and bass clarinet in its distinctive voicing. Only eleven minutes in length, “How Slow the Wind” is a flavorful appetizer to Saturday night’s concert.

The next number on Saturday’s program whisks the audience from Japan to Russia with Shostakovich’s Piano Concerto #1, performed by Daniel Van Sickle, a 2002 LSO Concerto Competition winner. This piece is LSO’s third concerto work this season, following their performances of Prokofiev’s Second Violin Concerto with Anton Miller and von Weber’s “Andante and Hungarian Rondo” with Concerto Competition winner Renee DeBoer.

The piano concerto is scored for piano and string orchestra with solo trumpet, performed by Ed Sutton. The strings carry a special responsibility since they must complement the comedic nature and vigorous tempo of the piece in the absence of winds. Van Sickle, in an earlier interview with The Lawrentian, said that the audience must be “prepared and be willing to laugh,” promising a great visual as well as aural performance. Carey Bostian, conductor of the LSO, commented that the orchestra has had a wonderful opportunity to collaborate with Van Sickle in their seven rehearsals with the soloist.

After intermission, the full orchestra fills the stage, extension and all, for Tchaikovsky’s Fifth Symphony. When Tchaikovsky finished this 50-minute piece of heroic musical literature in 1888, he pondered whether it would please the public’s tastes at all, but now it is one of his most performed works. With “Fate” as its ever-present theme, the Fifth Symphony is ultimately optimistic and exciting. The orchestra encounters numerous technical difficulties, especially with the romping pace of the last movement. The second movement, a substantial part of the work, is a 14-minute love song showcasing some of Tchaikovsky’s most beautiful sonorities. The LSO has been working on the Fifth Symphony since mid-November, so we can expect their efforts to culminate successfully on Saturday.