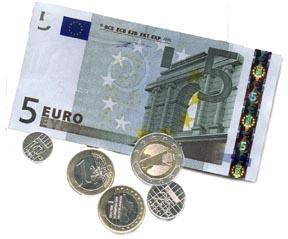 The moment had finally come. As the clock ticked forward to midnight on Dec. 31, 2001, people in twelve European countries anxiously waited for their new currency to become legal tender. Downtown Vienna, where I spent New Year’s Eve this year, was charged with energy, partially due to the nature of the holiday, but also because the introduction of the euro was about to mark the most significant monetary change in recorded history.

I studied abroad in Vienna last term, and it was interesting to watch Austria prepare for the transition. From the day I arrived in August, many stores and restaurants posted prices both in schillings (the old Austrian currency) and the euro. As the end of the year approached, almost everything posted both prices. I appreciated it as an American, because the value of the euro is slightly less than the dollar, so I could avoid doing the nasty 15-1 conversion in my head! Secretly, I wondered how many Viennese actually paid attention to the new prices, because many people seemed to struggle after the first of the year to figure out how much something cost. Perhaps the tendency to not pay attention until need arises is human nature.

Despite mild confusion with the new conversion rate, Vienna was generally enthusiastic about the euro. I went to the internationally broadcast New Year’s Eve concert with the Vienna Philharmonic Orchestra, and the euro symbol was boldly advertised on the stage’s backdrop. It seems that the Viennese support the new currency because it will help stabilize and unify European countries.

Our world is quickly becoming globalized, and economics dominate the world’s power structure. Financial unification will bring strength to the twelve nations claiming a single currency. Or at least in theory. Only time will tell how strong the euro grows to be.

However, there is legitimate concern about and resistance to the euro. European countries have a strong sense of culture, and giving up their currency feels like losing part of it. They are proud to be individualistic, and sacrificing part of their identity, even if it does benefit them, is a hard concept to embrace. This concern was addressed by allowing each country to print their own images on the backs of the coins, almost similar to the new state quarters being distributed in America today.

Europe’s reactions are hardly surprising, as the unknown always comes with a certain degree of both excitement and resistance. Despite longer lines at ATM machines and Bizzi’s Pizza Parlor, as customers waited while workers struggled with the new currency, the transition went quite smoothly in Vienna. It just takes time to get used to change, especially new change in your pocket.