Rosen discusses the distraction of technology 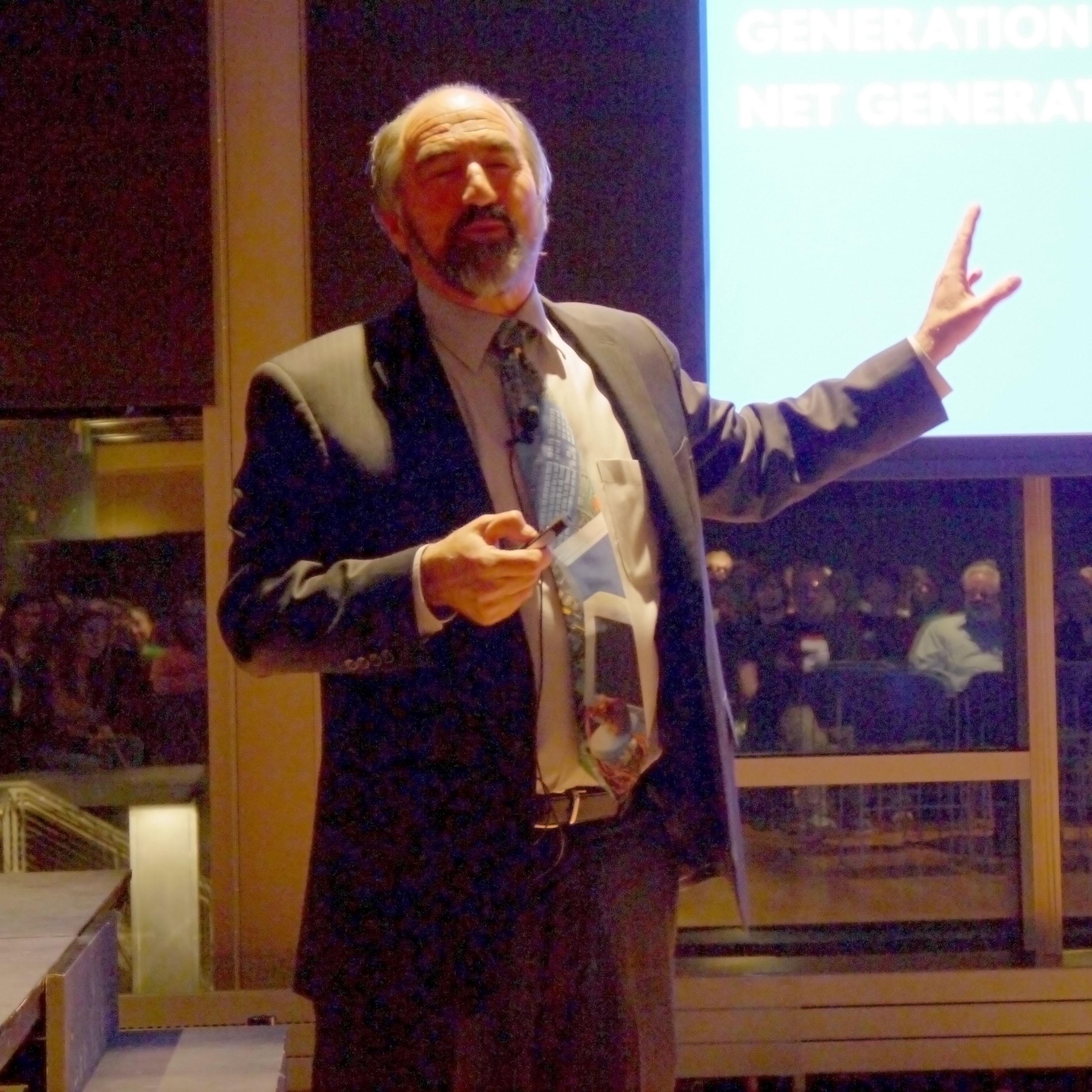 Monday, Feb. 18, Dr. Larry Rosen spoke to a full audience in the Esch-Hurvis room about the effects that overuse of media and technology can have on our moods, attention spans and lifestyles. He also offered suggestions on how to limit use and create better habits.

Among other topics, Rosen discussed the problems of multi-tasking with technology, generational differences with technology, disorders correlated with trends of use, the way the brain reacts to different forms of media and research he had done. Statistics, graphs, comic strips and video clips were included in the presentation.

Rosen began with the generational differences in technology use. He explained that the current generation, “Generation C,”  is more connected than ever. He illustrated how the penetration rate, the time is takes for a device to reach 50 million users, has sped up dramatically since the popularization of the radio.

Another topic that Rosen brought up was attention span and the commonality of switching between multiple web browsers or forms of media. He expressed that this can be detrimental for students’ ability to focus.

Rosen explained how technology acts as an internal and external distracter for many individuals. He explained that people may be preoccupied with thoughts of media or social networking even when away from it.

“The outside environment is easy-it’s your phone buzzing, it’s the television on, it’s the music in your ear buds, it’s any sensory signal coming in from outside. However, we are seeing this in all of our studies that people are constantly thinking things like, “I wonder if anybody texted me,” or “I wonder if anybody commented on that cool picture I posted on Facebook,” said Rosen.

Rosen discussed common anxieties of being distanced from a phone or computer and gave the statistic that 67 percent of teens and young adults check their phones every fifteen minutes or less. He described the concept as nomophobia, the fear of being out of mobile phone contact.

Rosen ended the lecture with different suggestions on how to “reset” the brain. He talked about the benefits of taking nature walks, exercise, meditation, biofeedback, laughter, hot baths and “tech breaks”-a chance to check a phone or computer between intervals of intense focusing.

“The reality is that technology is a part of our lives, and it is here to stay. We want to encourage conversations as a community about all facets of our wellness. To do this, we must have an understanding of what role technology plays in our lives as individuals, groups and a larger community. In my view, we should not oppose technology but embrace it,” said Wetzel.

Junior Rachel Wittkopp found the lecture to be a “new approach to how we should look at technology, and how we should frame it as a means of both positive tool for creativity but also knowing its limitations and knowing where to draw that line.”

Freshman Jessica Morgan enjoyed the lecture as someone who tries to stay distanced from technological distractions.  “I’m not really sure I agree that it affects our values, and it’s possible for people to over-use or abuse any tool or activity.  Keeping a variety and balance in your life is important and technology is just one among many things that people tend to over-use” said Morgan.

Rosen is Professor and past chair of the Psychology Department at California State University, Dominguez Hills. He is a research psychologist, computer educator, keynote speaker and is recognized as an international expert in the “Psychology of Technology.”