Girls smile in a show of many traditional cultural dances at the Lunar New Year celebration open to campus and the community. See Full Story below.
Xue Yan 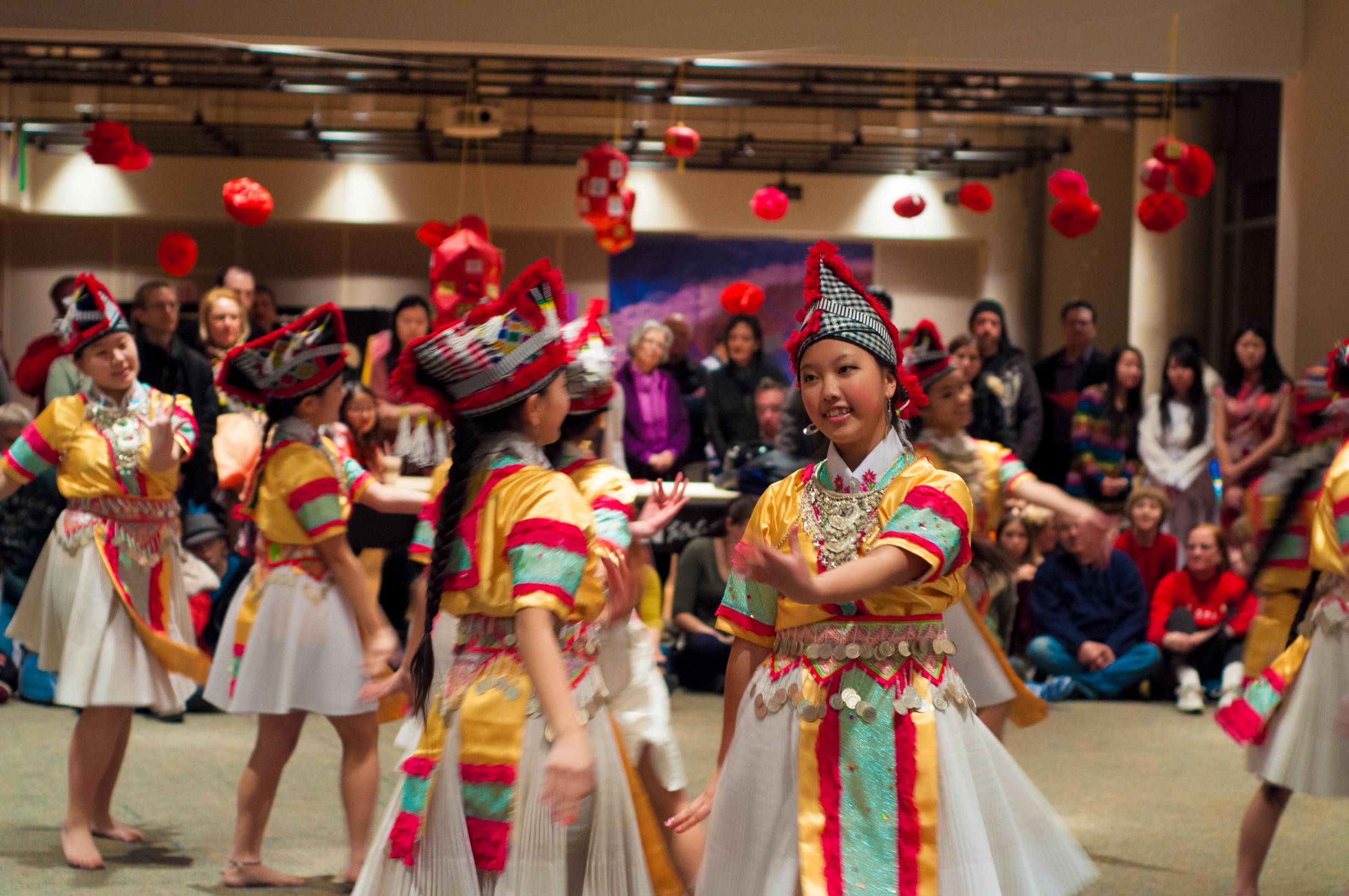 Girls smile in a show of many traditional cultural dances at the Lunar New Year celebration open to campus and the community. See Full Story below. (Mathias Reed)

While Feb. 16 may be just an ordinary Saturday for many people, students from Korea, Vietnam, China and other countries celebrated the most important festival in their culture-Lunar New Year.

Professors, staff and students from Lawrence as well as kids, parents and family members from the Appleton community actively participated in the event, which was held last Saturday on the second floor of Warch Campus Center from 6 p.m. to 9 p.m.

The Chinese Student Association invited Associate Professor of Chinese and Linguistics Kuo-ming Sung and junior Yiming Jiang to write Chinese calligraphy on sheets of red paper. Freshman Songxiang Gao made tea in the traditional Chinese way to give people a taste of tea brought back from China.

“I really like the calligraphy. I got my name in Chinese characters. It is really impressive.” said sophomore Natalie Kelly.

As an active student organization in campus, Asia-A held a photo booth and opera show in the celebration. In the photo booth, people could change into various costumes from different countries and take photos in front of the background, which was drawn by members of the group.

Instructor of Chinese Yu-lin Chiu was impressed by the opera shows. “‘The Monkey King’ is really entertaining. I am glad that the group even modifies some parts to help the audience understand more and be more entertaining to the kids.”

Instructor Chiu believed that playing “Farewell My Concubine” was a good decision. “It combines the singing part of Peking Opera and the action part together.” The actress who plays Yu Ji leaves a deep impression. “She sings really well. I was very touched by her singing.”

She also appreciated students’ efforts in organizing this activity. “I am really surprised that our group of students can invite such a professional group to campus, and the community is able to experience the unique style of Chinese opera culture.”

Students at Lawrence were pretty impressed by the dance. “They [the Korean music performers] were really enthusiastic; that’s really cool,” said Kelly.

As a Korean himself, freshman Suh Hyung-Ju was really impressed by the Korean dancing. “It leaves me speechless. I think it is really hard to get everybody to play at the same time. It takes my spirit away.”

The president of Korean Culture Club, junior Jiyong June Shim, believed the celebration was a good way to better understand Korean culture. Shim said, “Especially in Lawrence, Korean culture is not very big. By participating in these events, people can actually see the difference of East Asian cultures.”

Nancy Truesdell, Vice President of Student Affairs and Dean of Students, who enjoyed last year’s Chinese New Year celebration, returned for the Lunar New Year event this year. Truesdell said, “I just like to see students get so excited about the performances that we have.” She enjoyed seeing the students, the Friendship Families and the people from the community.

Lehman-Pearsall also enjoyed all the different cultures getting together to celebrate the Lunar New Year. To her, this celebration was very fun and informative. “It is a positive thing,” she commented.

Timothy Schmidt, the Director of International Student Services, felt that the celebration was a great opportunity to celebrate the several cultures that represent Lawrence’s student body. He was impressed by the collaboration among offices, Diversity Center, International Services and student organizations in this event. “The collaborations in these organizations put together a very good event. Let’s hope for that wonderful new year,” said Schmidt.