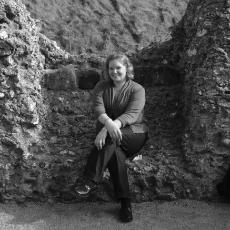 It has been two weeks since we arrived in London. By now we have all become accustomed to navigating the city via the underground and ordering in pubs, and if you hand us a coin, we can tell you what it’s worth without frantically searching the object for a number.
The only downfall about being at the London Centre is that it is difficult to get to know the local residents. All of our classes are with Lawrence students, and it’s not as though you can approach someone on the tube or in a pub and say, “Be my friend.”
Last Thursday, I was shopping on Kensington High Street and passed a sign that advertised “Our Lady of Victories Catholic Church this way,” pointing down an alley. I had been looking for a Catholic church to attend and considered this to be a serendipitous moment I couldn’t pass up. I walked down the alley and sure enough, a large church arose before me.
Carefully entering the church, I looked around the incense-filled, reverently candle-lit church and picked up a bulletin. The bulletin stated that there was a choir rehearsal at 5 p.m. before the 6:30 p.m. mass. Desperately trying to burst the Lawrence “London” Bubble, I went to the rehearsal Sunday and introduced myself to the 17-or-so choir members, who were more than willing to let me join them for mass. After a very casual rehearsal and a packed mass of a 400-plus congregation, we all headed to a pub for some social time and a few rounds of – “cheers!” – glass clinking.
At the pub, I learned that the choir was not an “English” choir but rather a melting pot of ethnic backgrounds. Germany, Italy, Congo, Netherlands, Poland, Spain, Portugal and England were but a few of the countries represented, as most of the non-England natives have only lived here an average of five years.
At any moment while we were circled up at the pub, there were at least three different languages spoken. If people were speaking another language around me, they would awkwardly feel the need to translate what was said; I appreciated them for trying to make me a part of the conversation.
After socializing at the pub I was invited to accompany them to another Catholic church to experience and pray around the relics of St. Therese of Lisieux. I wouldn’t have known about this amazing experience had it not been for my new friends. I ended up spending six hours with them that evening, learning about their unique individual stories of the past and their optimistic futures while in London. When we parted for the evening, I felt as if I were family, as everyone included me in the Italian custom of double cheek kisses.
When I arrived late that evening at Metrogate, our dorm, I had already received an e-mail from a choir member, Carme, with inspirational words of wisdom. Yes, these are very new relationships, but ones that I hope will blossom into everlasting friendships. 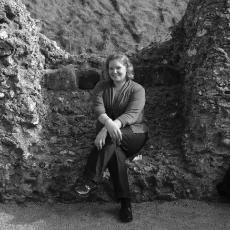 Tami Hockers is enjoying her time studying at the London Centre. Photo courtesy of Facebook