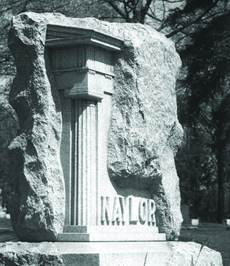 Riverside Cemetery, located at 714 N. Owaissa St. a half-mile north of Lawrence, is Appleton’s oldest official cemetery. It is also where several of Lawrence’s former presidents, faculty and students are buried.
Prior to Riverside’s creation in 1870, another cemetery was at the site of the Appleton Post-Crescent building at the intersection of Washington and Division Streets. This cemetery, known as Division Hill Cemetery, closed when Riverside was established, and the bodies buried there were moved to Riverside.
Division Hill was closed by 1892, and supposedly all of its occupants were relocated to Riverside, but throughout the years as new buildings have gone up in the area, human bones and even a wood coffin have been discovered. Since there are no written burial records from that time, it is impossible to know if there are still bodies buried in the location of Division Hill Cemetery.
The Appleton Cemetery Society, which decided the location of Riverside Cemetery, was founded in 1865, and its charter members included Russell Mason, Lawrence president from 1859 to 1865, and Anson Ballard, a Lawrence trustee from 1856 to 1870, who is buried at Riverside. Lawrence’s first principal, William Sampson, was buried at Riverside in 1892 after his death in Tacoma, Wash.
It was his request that his body be brought back to Appleton and buried at Riverside. His original gravestone deteriorated over the years, and a new marker was put up in 1996 at the time of Lawrence’s sesquicentennial.
Another Lawrence president buried at Riverside is Samuel Plantz, Lawrence’s longest-serving president, from 1894 to 1924. Plantz died suddenly of a heart attack in November 1924 while staying overnight in Sturgeon Bay after giving a sermon at a nearby church. His death was a tremendous shock to Lawrence, and the student body of 1,000 followed the funeral procession to Riverside for his burial.
Plantz’s wife, Myra Goodwin Plantz, is buried next to him. Myra served as an active fundraiser for Lawrence from 1894 until her death in 1914 of appendicitis. She never received a salary for her fundraising activities, and she is one of Lawrence’s most successful fundraisers.
Memorial Chapel was built as a memorial to her and Helen Fairfield Naylor, also buried at Riverside. Naylor was the wife of Dean Wilson Naylor and served as a sympathetic ear to Lawrence students. She died in 1907, and when Memorial Chapel was built in 1918, a part of it was added to her gravesite. If you view her gravestone, you will notice that the column of it is the same as the columns in front of Memorial Chapel.
Other Lawrentians buried at Riverside include Hiram Jones, professor of ancient languages and literature from 1854 to 1898, Reeder Smith, Lawrence financial agent during the late 1840s, and Judson Rosebush, economics professor from 1903 to 1912 and Lawrence trustee from 1910 to 1934.
Several articles have been written about Riverside in the Appleton Post-Crescent throughout the years, but I think Marguerite Schumann, a Lawrence graduate of 1944, said it best when she wrote an article on Riverside for the May 30, 1963 Post-Crescent issue: “A cemetery is a history book. It is a sociological study of tastes, beliefs, and emotions, and it is a part of life as it continues for the living. Riverside Cemetery is a history book for Lawrence.”
As always, for any questions you have about Riverside and Lawrence history, visit the Archives on Level B of the library or e-mail archives@lawrence.edu. The annual Haunted Lawrence tour will take place Sunday, Oct. 25, at 7 p.m., starting at Memorial Hall. 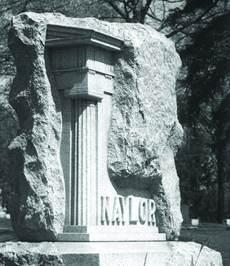