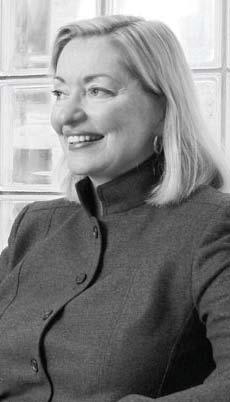 Earlier this month, Forbes
released its list of “Barrier Breakers:
15 Female College Presidents,” profiling
15 female presidents at Forbes’
top 50 colleges. As Forbes’ 41stranked
institution, Lawrence’s president
Jill Beck was featured in the
article.
The article, which also highlights
female presidents of such highprofile
institutions as Brown and
Harvard Universities, specifically
mentions Beck’s ArtsBridge program,
an arts education program
that enables university students to
teach local K-12 students.
One of the article’s purposes
was to highlight the low number of
female presidents at colleges and
universities today. The American
Council on Education reported that
only 23 percent of college presidents
are women.
“At least this number is higher
than that of women CEOs in
American corporations”, said Beck,
however she also reaffirmed that,
“Women need to aspire to the highest
positions in academia.”
An example of this division is
when Beck meets with the other presidents
of the fourteen Associated
Colleges of the Midwest, she is the
only woman at the table.
When President Beck arrived at
Lawrence, graduates of Milwaukee-
Downer College reminded her that
she actually is not Lawrence’s first
woman president, if their alma mater
is taken into consideration. Such
women as Lucia Briggs were presidents
of the all-female Milwaukee-
Downer before it merged with
Lawrence. In this line of descent,
President Beck is Lawrence’s third
woman president.
“It would be difficult to overstate
the number of women alumnae who
have come up to me on my visits
around the country to celebrate with
their positive reaction at having a
woman head Lawrence,” said Beck.
Beck said she understands that
her presidency is barrier-breaking,
considering that it is not the norm
to appoint a woman as college or
university president.
Trying to explain the discrepancy
between the sexes in this field,
Forbes suggested that boards of
trustees, which are generally malecentric,
often feel more comfortable
choosing men to lead their schools.
Despite these figures, Beck
remains happy in her position at the
school.
“When I think about Lawrence,
my first feelings are admiration for
the outstanding students I’ve met
over the years through their research
and creative projects. Another
strong feeling concerns the alumni
– without them, there would be no
facilities such as the campus center,”
said Beck.
Jill Beck assumed the presidency
of Lawrence University in July 2004.
Under her leadership, Lawrence has
created the Lawrence University
Fellows in the Liberal Arts and
Sciences, a postdoctoral teaching fellowship
program that has brought
eight new fellows to campus in various
fields.
Before becoming president
of Lawrence, Beck worked at the
City College of the City University
of New York, The Julliard School,
Connecticut College, Southern
Methodist University and the
University of California at Irvine.
She is a member of the Wisconsin
Task Force on Arts and Creativity in
Education. 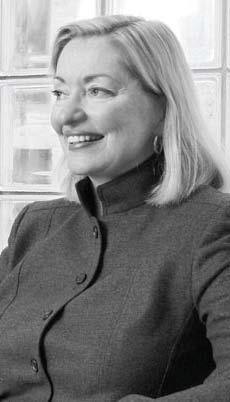