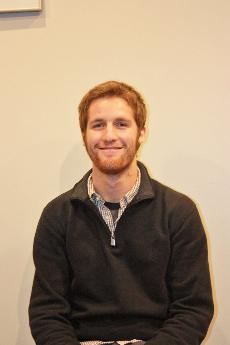 After attending a concert in Chicago last spring, Mark Hirsch returned to campus with an idea. The textures in the music he had just heard by contemporary composer John Luther Adams inspired Hirsch to write his first string quartet. This work is now finished and is going to be performed Sunday, Nov. 7 at 8 p.m. in Harper Hall during the New Music at Lawrence concert.
Hirsch, who is officially a guitar performance major, wrote the majority of the piece during the spring and revised some sections over the summer and fall. It includes several distinct sections ranging from soft and suspended to loud and intense.
Hearing his music being played brings out contrasting feelings for Hirsch.
“It’s an interesting conglomeration of emotions,” he commented. “On one hand, I’m super excited because the energy I put in is coming back to me through the performers. It can also be nerve-wracking because the music is out of your control in some ways, so I am not sure whether my music is going to be performed the way I expect it to be, which is sometimes good. I’ve found a balance between trying to control it too much and letting go completely.”
This isn’t the first time Hirsch has had his music performed by others. Last spring he debuted his piece “Spacetime Frames.” This music was influenced by a physics course he was taking on relativity.
Music has been an important part of Hirsch’s life for a while. He began taking piano lessons as a child and picked up the trumpet in fifth grade. In junior high, he started a band with his friends, and soon after, guitar became his main focus. The band experience gave Hirsch his first chance to write some music, but it wasn’t until his sophomore year at Lawrence that he began to compose music on a more personal level.
Hirsch is still involved in a band at Lawrence – he plays guitar and sings in The Debutantes, a folk and indie rock group. He also sings with Harmonia, an early music group on campus. Experiencing this music has affected Hirsch’s composing because he likes the modal texture that this early music creates, and he emulates some of those ideas in his own writing.
“My music is usually pretty subtle – never fast or flashy,” he observed. “It’s more subdued. I focus most on textures and space when writing.”
Former Lawrence fellow John Mayrose has also had a profound affect on Hirsch’s composing.
“He introduced me to a lot of the more experimental composers from the 1960s,” explained Hirsch. “After hearing that stuff, I was then able to open up in my own music to figure out what I wanted to do. Knowing that there are people who really push the limits helped me create a space to figure out where I fit.”
Composition is the focus of Hirsch’s future plans. Soon after graduating from Lawrence in June 2012, he wants to attend graduate school and then make a career out of it.
“I want to be in an environment where I am constantly writing music and giving performances and also working with students who are interested in new music,” he said.
You can hear Hirsch’s music in Harper Hall at 8 p.m. this Sunday, but watch for performances from the many other groups he’s involved in as well. 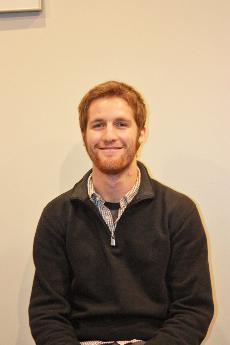