“Where the Wild Things Are 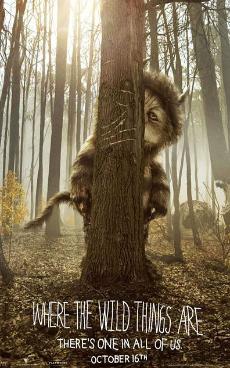 It seems that many new movies these days have been made out of stories that were read to me as a child. Recently it was “Cloudy With a Chance of Meatballs,” and this time it is “Where the Wild Things Are.” When I knew the movie was coming out soon, I looked over the book, and I started to relive those nights as a child, having the book read to me. The book truly overwhelmed me back then. Frankly, as the credits rolled after the movie, I felt the exact same way. The visuals were great, and the acting was great, but I left with an empty feeling.
In this story, Max, played by young newcomer Max Records, is dealing with the aftermath of his parents’ divorce. When his sister hangs out with friends and his mom starts dating again, he often feels abandoned. His frequent attempts to get attention backfire and get him into even more trouble. Completely frustrated, he runs away and finds a boat that takes him to a wonderful world, “Where the Wild Things Are.”
I absolutely give a lot of credit to the filmmakers. This movie is a visual feast. Giant puppets with digitally augmented faces portray all the creatures that Max encounters on his journey. The Jim Henson Company created these creatures, and it shows.
Equally effective were the performances. Max Records was amazing as Max. You really get pulled into to his performance right from the start, and it really made me feel like a kid again. I love how the puppets came across on the big screen, but there was something unsatisfying about the voices, spoken by actors such as James Gandolfini, Paul Dano and Catherine O’Hara. Granted, the voice actors do a wonderful job, but their work was ultimately unfulfilling.
The biggest problem with the film was its pacing, a problem prominent in all of Spike Jonze’s movies. The movie is slow from start to finish. Of course, we are talking about an hour-and-a-half-long movie developed from a picture book with maybe a couple dozen sentences. Given the fact that they were working with such a short story, Spike Jonze and co-writer Dave Eggers did a good job adapting the book to the big screen. But on the whole, it just felt very slow.
Overall, it was a very sweet movie. But frankly, I found the film to be more on the sad side and at moments, depressing. I would have been okay with the film’s mood if the feelings had been relieved by later events in the movie, or even the climax. Yet, even the funny bits did not do much to make me feel better. It is worth noting that the movie succeeded in creating and maintaining a mood. I just happened to not enjoy the mood.
I loved the book that Maurice Sendak originally wrote, and I loved the voices that my dad would use when reading this book to me. It made for a stunning film, but the film is just no match for a child’s imagination, an imagination that was set free when I first heard the story as a child. However, I would recommend seeing this film, and I hope it brings back such childhood memories. 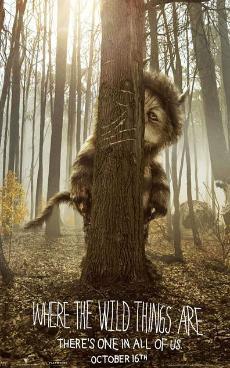