A farewell to charm 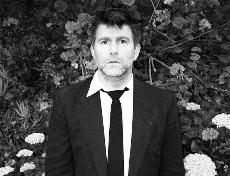 LCD Soundsystem and Hot Chip took the stage at The Eagles Ballroom in Milwaukee Oct. 22. This tour marks the possible end of full-length albums and tours from LCD, and the band came fully prepared to give one hell of a send off.
Hot Chip showed experience and talent with their solid opening performance. While they weren’t headlining, most of the crowd that knew and loved their music, creating a wonderful atmosphere that set the tone for the rest of the night.
Watching the English quintet play together is simply a lot of fun. When you see the guys trading instruments, lead vocals and knocking out four part harmonies, you get a real sense of each musician’s contribution to the band’s overall sound. They obviously enjoy themselves and each other onstage, and you can’t help but feel the joy.
Hot Chip’s setlist was high energy and got the crowd dancing immediately. They mostly played songs from their latest album, “One Life Stand,” including “I Feel Better,” “One Life Stand” and “Take It In.” They blended the newer cuts with older fan faves like “Shake a Fist” and “Over And Over” to produce a well-rounded set. It would have been nice to hear some of the quieter tracks from previous albums, but given the limited set time, and their role as opening act, I was thoroughly satisfied.
LCD Soundsystem, however, proved themselves worthy of top billing with an absolutely spectacular performance. The show opened with the punching “Dance Yrself Clean,” the opening track off the new album “This Is Happening.” As the track took its time to build, you could feel the crowd waiting in anticipation for the heaviest of drops, where the funky main drum groove kicks in. Drop it did, and the crowd was immediately hooked. James Murphy, the creative force behind the band, now had our undivided attention.
All three of LCD’s albums were well represented in the show. The single “Daft Punk Is Playing At My House” was fun and redialed the energy. “All My Friends” proved to be the most emotional performance of the show. This moving song authentically detailing the loneliness of the modern era was fully realized under the concert lights. It’s a song that makes you think about where you are and where you’ve been. At that moment, you could tell that both the band and the crowd were grateful to be where they were, when they were.
Murphy and company ended their regular set with “Yeah,” one of LCD’s earliest releases. Murphy screamed his heart out on this track and created a frenzied atmosphere that had the crowd screaming right along with him.
Murphy himself was on top of his game. He embraces his on-stage role as front man, skillfully using his vocals and performance to engage the audience at an emotional level. I’ve always felt that his lyrics are very direct and force listeners to confront themselves whether they like it or not. Murphy’s performance captured the spirit of those lyrics and transformed what could have been just a fun dance party into something else, something more.
To top it all off, the light show was superb. It was clean and beautiful, fully supporting the music. The rig was quite powerful, as impressive as any I’ve seen. The band employed solid colors to paint the stage with whatever atmosphere they needed, but also utilized robos and strobes to take the show up a level when the music demanded.
LCD capped off the night with the beautiful “Home.” Put simply, it was perfect. It’s sad to think that this may be LCD’s last album and tour. If that is the case, the band’s Milwaukee performance was the ideal way to say both goodnight and goodbye. 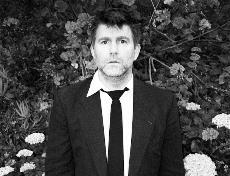