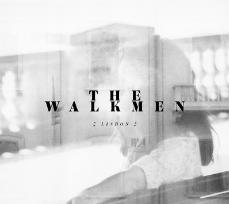 On the surface, The National and The Walkmen have quite a few similarities: both are quintets led by charismatic lead singers, both hail from New York, both tend to write pretty depressing songs and both released stellar new albums this year.
However, that’s about as far as the similarities go. The Walkmen occupy a vastly different sonic territory than the thickly-textured Brooklyn brooders in The National. On “Lisbon,” like many of The Walkmen’s other releases over the past decade, the instrumentation is sparse and the vocals are delivered in Hamilton Leithauser’s reedy tenor.
Yet somehow “Lisbon” sticks out from any of their past three releases thanks to the warm, crisp sound that hangs over all 11 tracks and the impressive songwriting. It also doesn’t hurt that the quintet throws in a few tunes reminiscent of what most fans consider their best song, the charging, careening and cathartic anthem “The Rat” from their 2004 breakout “Bows + Arrows.”
Admittedly, this cathartic, no-holds-barred sound initially drew me to the band, and to “Lisbon” itself before it was released. After hearing the thundering “Angela Surf City” at Lollapalooza over the summer, I immediately decided to check out their new record when it came out in September.
Opening with drummer Matt Barrick’s thundering snare drum roll, the tune highlights the band’s unique approach to songwriting and Barrick’s non-traditional timekeeping.
Rather, playing his sped-up sock hop groove on floor tom or hi-hat the whole time, Barrick leaves out any trace of cymbals until the band reaches the chorus, which threatens to careen out of control the whole time. Though simple, the move highlights Paul Maroon’s chiming guitar melody in the verses, a contrast to the militaristic pulse of Barrick’s drumming.
However, The Walkmen’s sound is more diverse than charging anthems, and this more melancholy side of the band takes some getting used to. The trumpet-filled “Stranded” is about as sad as songs get – Leithauser laments, “But the words aren’t coming through / And I’m stranded and starry-eyed” in the chorus – but you wouldn’t know it by the grandiose, all-encompassing horn section saturating the song.
Unexpected moments like this really make The Walkmen stick out from every other band specializing in sad bastard songs. One of the highlights of “Lisbon” is a sincerely-titled tune called “Woe Is Me,” in which Leithauser’s mopey lyrics are undercut by the song’s pseudo surf rock bounce and Maroon’s circular guitar figures.
Barrick’s atypical approach to timekeeping behind the drums also accounts for The Walkmen’s unexpected sound. Rather than relying on traditional backbeats, Barrick populates his playing with maracas used as sticks, dense floor tom rolls and parts that tend to follow the guitar melodies more closely than anything else. Clattering rim clicks in “Victory” and the subdued hi-hat groove in “All My Great Designs” both provide great examples of this unexpected style on “Lisbon.”
In a 2008 interview with Modern Drummer magazine, Barrick cited the band members’ split living situation – between Philadelphia and New York City – as the impetus for his non-traditional style. While separate, keyboardist Walt Martin acts as drummer, and according to Barrick, his “off-the-wall ideas sometimes creep into my parts.”
The Walkmen aren’t going to make the next bouncy summer jam, and they probably won’t play at an Obama rally anytime soon either, but these New Yorkers have some pretty interesting tricks up their sleeve. If The National’s music is too orchestrated and restrained for your tastes, you’ll no doubt appreciate The Walkmen’s unhinged, unusual and ultimately warm sonic blend. There’s not really anything else like it. 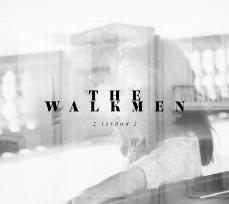