McGlynn honored with award in fiction 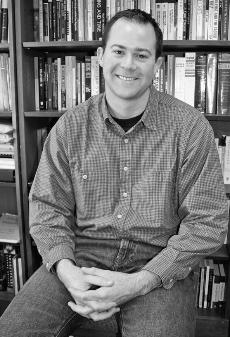 Assistant Professor of English
David McGlynn won the Utah Book
Award in fiction from the Utah
Center for the Book at the Salt Lake
City Public Library. He was honored
for his 2008 book of short stories,
“The End of the Straight and
Narrow,” Oct. 21.
The Utah Book Award is
bestowed upon authors who exemplify
outstanding achievement in
writing, particularly for works with a
Utah setting or theme. McGlynn, who
received the Award for Excellence
in Creative Activity from Lawrence
earlier this year, is one such author.
McGlynn was selected as winner
from a group of qualified candidates
in the fiction category by a panel
comprised of librarians, writers and
academics.
According to McGlynn, the
other writers had multiple books
published and had already received
more attention than he had.
Because of this, McGlynn was
surprised to hear that his collection
of short stories had been chosen.
“I never expected it in a million
years. … When I got the call I thought
it was a mistake. I was speechless,”
he said.
“Then I chest-bumped my wife,
like a football player after a touchdown.
I’ve promised not to try that
again, no matter how good the news.”
“The End of the Straight and
Narrow” is a collection of nine short
stories about the role religion plays
in the passions and desires of the
zealous, especially in the face of
adversity.
One story, called “Landslide,” is
about an evangelist whose career
launches from a miraculous event,
though he fails to notice the mental
decline of his college roommate.
The five latter stories of the collection
connect to show a woman blinded
while giving birth, an event which
ultimately leads to destruction.
McGlynn said he also explores
how “stories of religious life are
highly connected to larger and more
pressing questions about America,”
such as the role of money and how
technology can distract from the
beauty of nature.
In explaining why he wrote about
the zealous, McGlynn said, “My interest
in evangelicals is motivated in
part by my own life and in part by
politics and American culture.”
The collection has autobiographical
elements, as well.
“All my innermost secrets are in
the book, some in disguise and some
in plain view,” McGlynn said. “If you
want the dish, it’s easy to find.”
Advising aspiring writers,
McGlynn said, “Write every day. No
excuses and no exceptions. … The
best writers know how to put all
their distractions away and focus for
a few hours at a time.”
McGlynn, who has been a professor
at Lawrence since 2006, is currently
working on a memoir titled
“Rough Water,” which employs a
swimming motif to shed light on
topics such as religion, his family
and growing up in the suburbanized
American West. 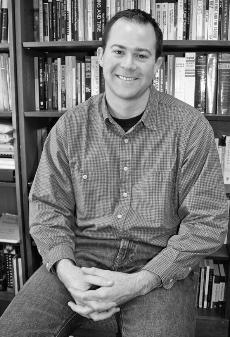