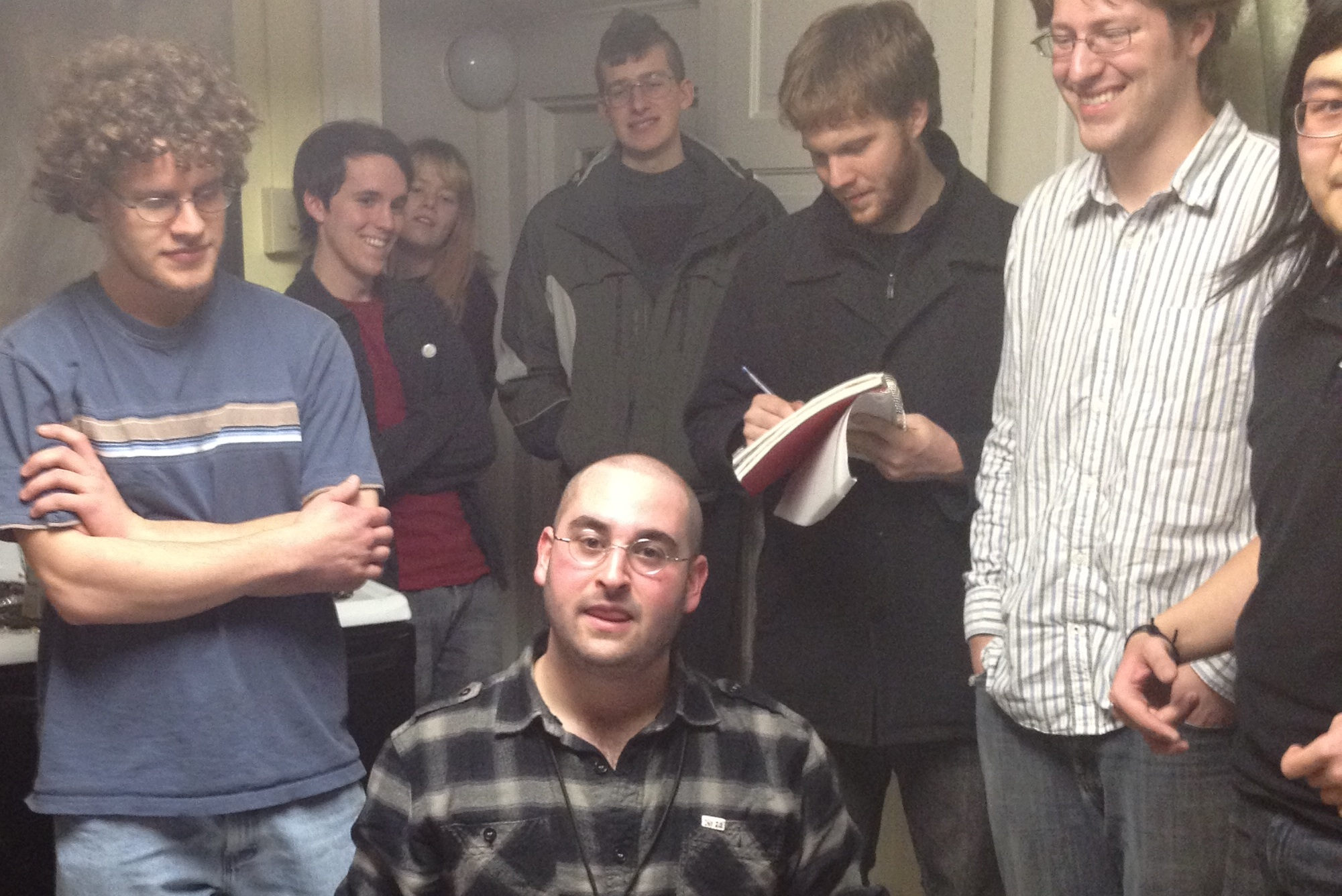 Last weekend, teams from around the country, as well as from the Lawrence campus, tuned in to Lawrence University’s WFLM station for the 47th Annual Great Midwest Trivia Contest, involving a total of 365 trivia questions over 52 hours.

President Jill Beck kicked off the contest with her traditional reading of the first question at 10:00:37 p.m. Friday night. The contest was packed with theme hours such as zombie hour, Waffle House hour, NPR hour and outer space hour.

This year’s contest consisted of 14 on-campus teams and 72 off-campus teams. The team located farthest from Lawrence University was based in Sweden.

Each team is given three minutes to call in with the answer to a question, and if correct, is rewarded five points. This rule excludes Garrudas, the most challenging questions of the competition, which contestants are allotted more time to complete and rewarded with more points for answering correctly.

Shamat’s favorite moment of the contest was Waffle House hour, when participants were instructed to convert a dorm room “into a fully functional waffle house.” For him, this process included a “lack of clothes, a ridiculous amount of waffles and pancakes and complete chaos.”

This is an example of an action question, one that is directed only towards on campus students, while off campus participants receive a supplementary question to complete while the actions are accomplished by the teams and judged by the trivia masters.

Senior Provie Duggan, a Trivia Master and senior at Lawrence University, was responsible for the Super Garruda question this year. A Trivia Master is responsible for writing questions, broadcasting, calculating scores and answering phones. At the start of the school year, Trivia Masters are selected through an arduous application process, which, according to Duggan, “is nothing like any application or interview you will ever experience in your life.”

The idea had been brewing in her mind since last summer, when she visited the Museum of Modern Art in New York. On the outside of a construction area, a comment card caught her attention. The question this year asked what that specific comment card consisted of.

The contestants then sprung into action during the last hour of the competition. Looking back, Shamat realized how the process of discovering the answer revealed a terrifying truth about today’s society. He realized that “someone can find something that someone wrote nine months ago, find his home phone number, cell phone number and home address.”

Although the process may seem grueling, Duggan expressed her love for Trivia, confessing, “In order to be a healthy person, I think you need to take some time to be ridiculous and just go nuts, and Trivia is the best way to do that.”