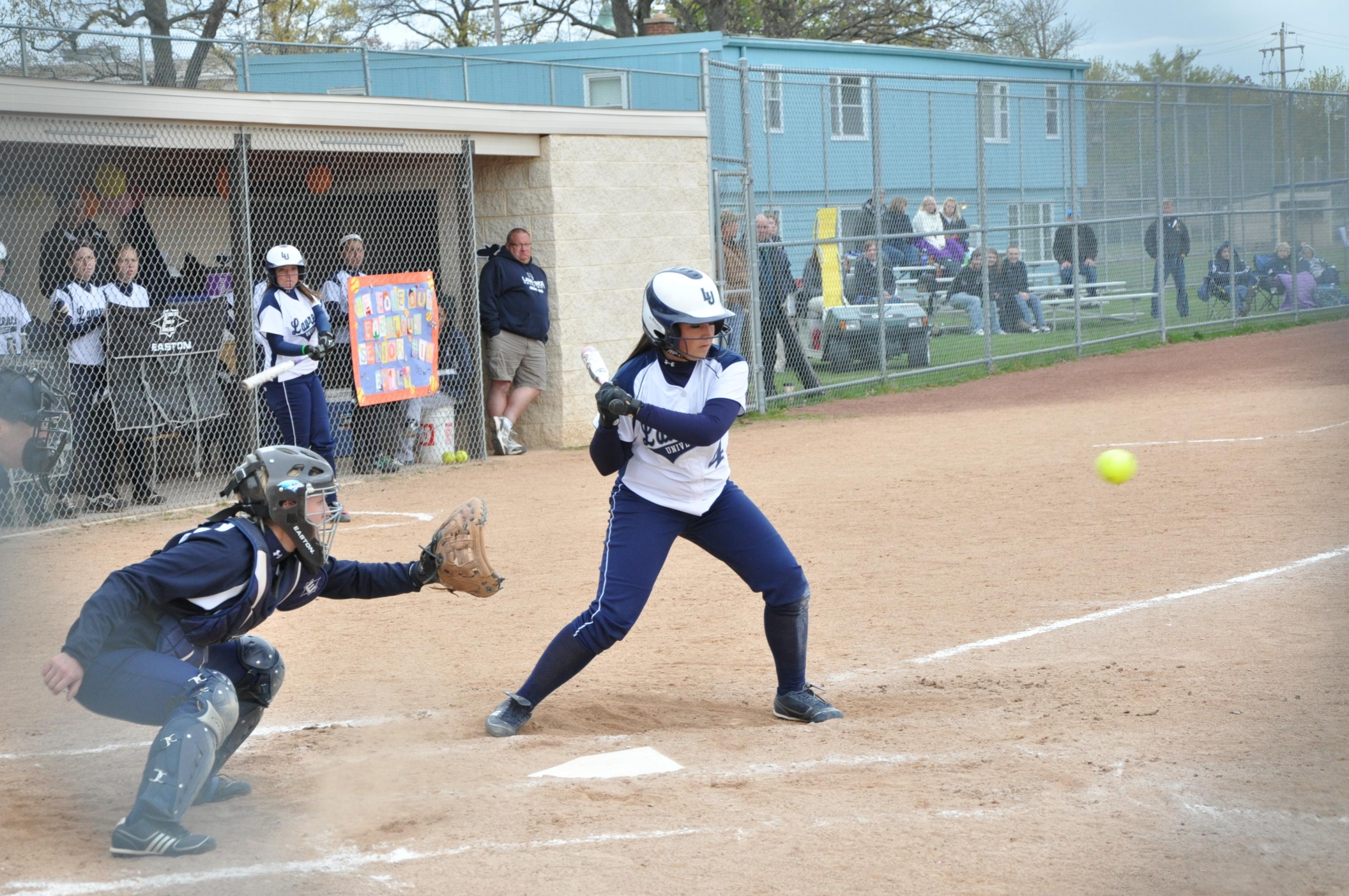 Landing at the bottom of the North Division, Lawrence University’s women’s softball team ended their 2012 season this week with a 2-6 conference record and 9-22 overall.

The Vikings split their doubleheader Thursday, April 26 against Finlandia, pulling off a 9-1 win in just six innings, but the women faltered in the second game and fell 9-4.

Finlandia had their only run of the opening game in the first inning, while the Vikings continued to score throughout. A RBI single to right field in the second inning by sophomore Alissa Geipel started off the Lawrence scoring, followed by junior Cathy Kaye reaching home on a passed ball and Geipel from a wild pitch, taking the score to 3-1.

Geipel had another RBI single in the fourth, and with bases loaded in the fifth, junior Shannon Murray brought home two runners.   Murray was later hit home by Kaye to make the game 7-1. Freshman Coley LaChance doubled down the right field line in the sixth to bring home two runs and cap off the game 9-1.

The Viking’s game took a turn around in the nightcap, as they struggled with errors and giving up runs, falling 9-4. Saturday’s doubleheader on April 28 against Elmhurst resulted in two salty losses on the Viking’s record, both from Elmhurst homers in the seventh inning.

The women led 1-0 in the opener from a sophomore Emily Perish RBI in the fourth, but Elmhurst managed a grand slam in the top of the seventh to steal the game 4-1. Lawrence built up a strong lead in the nightcap, but again fell to a homer.

Lawrence held a 7-1 lead entering the fifth, but Elmhurst began a scoring streak and brought in five runs to bring the teams together. The Vikings could not pull out any more runs, and the final homer by Elmhurst brought home two players to end the game 8-7. In their final doubleheader of the season, the Vikings split against Carroll University falling 2-1 in the opener, but ending the season with an 8-5 win.

For Head Softball Coach and Associate Director of Athletics/Senior Woman Administrator Kim Tatro, this victory meant more than just a tally on this season’s record: The game was Tatro’s 300th career win, a momentous way to end the season.

The Vikings were trailing 2-0 in the nightcap when sophomore Brielle Bartes knocked out her first home run of the season for the teams first score. The Vikings continued to score, and took the game 8-5. Perish, Chiodo, Paquette and freshman Kara Vance paced Lawrence with two hits each. “Ending on a win was a good note for us to go onto next season. Emily’s shoes will be big ones to fill, but our freshman class looks promising for next year,” said Murray.

Vance said, “For being such a young team, we learned a lot through this season. We are now able to take these new skills and abilities and prepare for next season. This season was a lot of fun and I’m eager to start preparing for next year.”

The women are done for the year, but will keep training until the 2013 season.