SwimmingDaniel Hurley led Lawrence University to the team title at the Wisconsin Private Colleges Championships on Saturday by winning four events and setting a meet or pool record in each victory.

Marie Molter led Lawrence University to a sweep of a pair of Midwest Conference games this past weekend.

A sophomore center from Lena, Molter had a double-double in Friday’s 66-22 win over Grinnell College. Molter scored a season-high 12 points, grabbed 10 rebounds, and had two steals in the win over the Pioneers.

She followed that up Saturday with another solid performance in a 56-49 victory over Monmouth College. Molter pulled down a season-high 11 rebounds and scored eight points against the Scots. She also added a pair of assists and a steal. 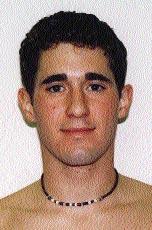