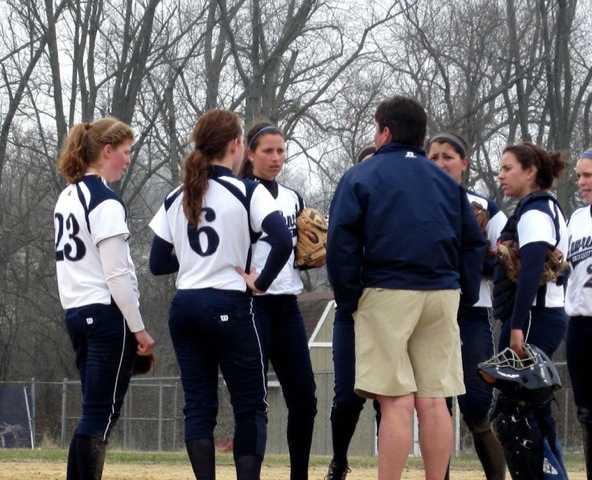 The Lawrence University softball team took over and swept North Central in their doubleheader against Wednesday, but faltered in Chicago over the weekend. Lawrence won their first game against North Central with a solid 8-0, and took the nightcap 17-3.

The Vikings entered the first game strong, scoring four runs in the first inning. Carli Gurholt homered to left center and brought Cathy Kaye across home plate. Shannon Murray doubled to left center and was brought home by Emily Perish’s single to right field. Mary Diduch singled through the left side, advanced to second on an error by the left fielder, advanced to third and Perish scored unearned.

In the fourth, Brielle Bartes led the inning with a homer to left field. Katie Simonsen was walked during the fifth and brought home by Perish’s single and a fielding error by the first baseman. In the sixth, Alyssa Geipel homered to center field. Perish had a run-scoring single to end the game, bringing the 8-0 score.

In the opener Murray pitched excellently, striking out seven, walking none, and allowing only three hits. Perish went 4-for-4 with two RBI’s and Gurholt went 2-for-2 with two RBI’s. Geipel and Bartes’ homers were both of the freshmen’s first career homers.

In the nightcap, the Vikings gave up two runs in the first inning, but allowed only one more during the fifth, as they dominated the game.

The Vikings responded in the first with four runs of their own. Perish singled to right field with two RBI’s and Alexandria Chiodo doubled to right center to bring Perish home.

In the fourth, Lawrence turned it on and scored nine runs against North Central. Kaye had a big hit as she doubled down the left field line, allowing Diduch and Chiodo to score. Murray cranked a homer to left center, delivering Gurholt and Geipel home and ending the game at 17-3.

In the second game, Kaye had four RBI’s and Perish and Murray each drove in three, and Chiodo and Paquette both went 2-for-2. Perish led the team from the mound with six hits, five strike outs and no batters walked.

In their game against Chicago, the Vikings fell short of a victory with a 6-4 score.

The Vikings let up five runs in the first inning, and Chicago held the lead. At the top of the seventh the score was 6-0, but Gurholt had the play of the game for the Vikings. As Gurholt stepped up to bat, bases were loaded on two singles and a fielder’s choice with one out left. Gurholt blasted a grand slam to bring the Vikings closer, but the battle ended at 6-4.

In their second game of the day, the Vikings dropped a nonconference game to Elmhurst College 12-0. The Elmhurst Bluejays came at the Vikings strong and fast, with four runs in the first and seven runs in the second. It was a disappointing way to end what began as such a promising week for Viking softball.