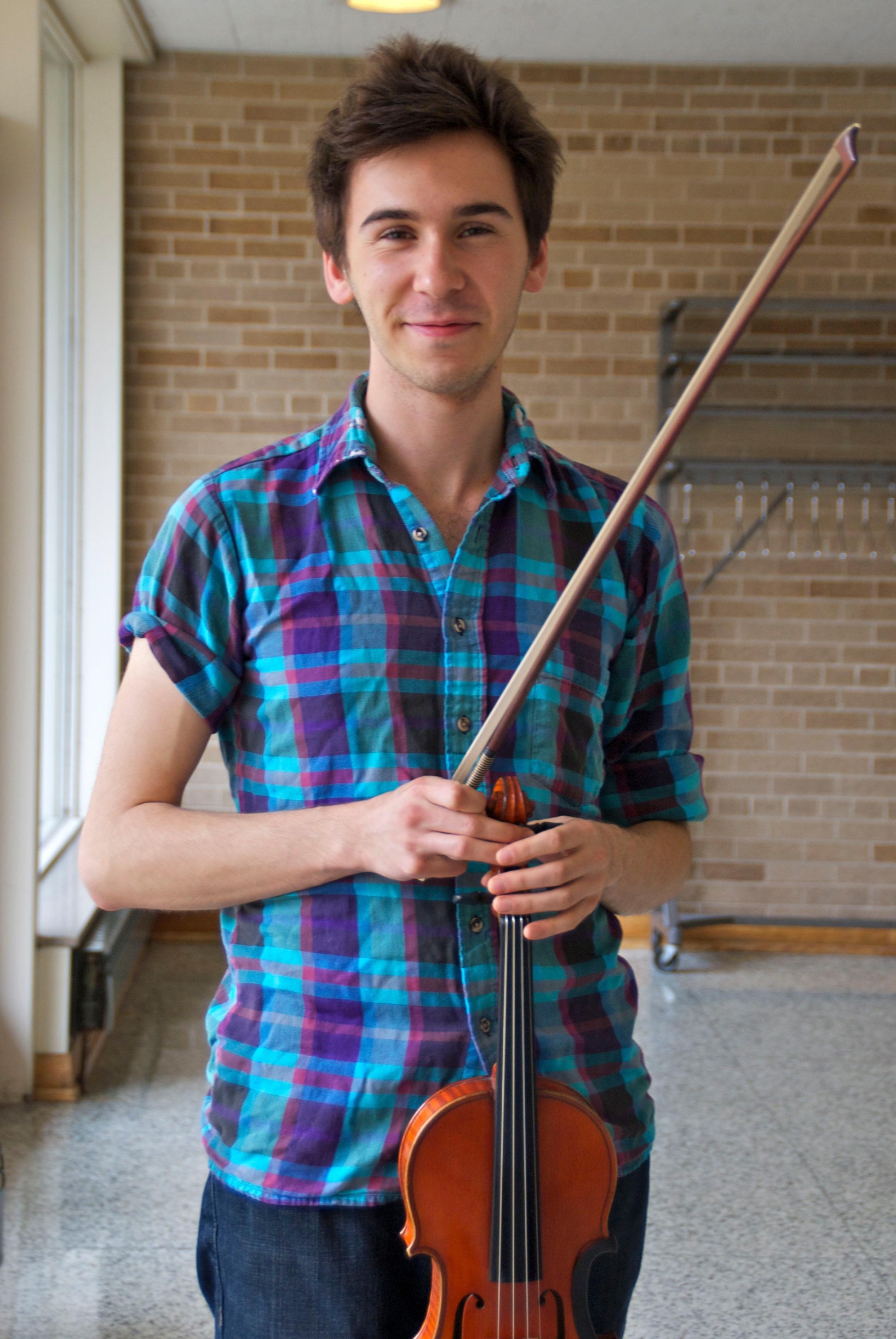 We are so privileged here at Lawrence to be surrounded by talented people with an enthusiasm for sharing their art with others. As much as we might enjoy a student performance in Harper Hall or the chapel, it is often the performer themselves who enjoys it the most. That being said, senior violin performance major David Rubin is very excited to play for us on his senior recital.

Rubin will begin his program with Beethoven’s “Sonata no. 7 in C minor for Piano and Violin.” The key of the piece lends itself to the stormy and heroic vein in which it is written. Anna Reiser ’11 will be accompanying Rubin, though Rubin prefers the term “duo partner” as Reiser’s part is every bit as involved and “over-the-top” as his own. “I really wanted to play with [Reiser], and she already had this piece under her fingers, so I decided to learn it,” said Rubin.

Since Beethoven was not a violinist, his writing is very awkward at times, according to Rubin. “The piece is not so much virtuosic as it is hard to interpret,” he explained. In preparation for the piece, Rubin has had to do a lot of work outside of the practice room, using his knowledge of the piece to be hyper-aware of balance with the piano and his approach to certain passages.

Next on the program is Arvo PÃ¤rt’s “Darf ich…” for solo violin, a small string orchestra of eight musicians and bell in C sharp. The piece is inward, meditative and quiet. Rubin pointed to various religious elements that the piece contains, expressed through numerical symbolism.

As Rubin is working with a larger number of people, he has challenged himself to ask his colleagues for the minimum amount of time commitment to put this piece together. “I wanted to challenge myself with efficiency,” says Rubin, which is great practice for working with a group under time restraints in the future.

After a brief intermission, Rubin will be performing Bach’s “Sonata No. 3 for Solo Violin in C major.” “The piece terrifies me,” said Rubin, “but I wanted to do something to challenge myself and face my fears.” There has been considerable research done on this piece, and it has been performed on a number of other instruments aside from the violin. Rubin wants to utilize all of this information to “find [his] own way” with the piece, in order to create an interpretation of his own. “I want to reconcile what I know with what I feel,” he noted.

In interpreting this piece, Rubin also had to make certain choices in regards to maintaining the conventions of Baroque performance versus updating his rendition for modern times. Rubin has experimented with a couple of different methods in order to find a good balance between the two. He has experimented with using a baroque violin bow, and he has also read the piece from Bach’s original manuscript.

Last Fall Term, Rubin studied modern and Baroque violin at the Amsterdam Conservatory, which he described as an “inspiring experience.” It was a place where he could focus on his playing, while soaking up as much music as he could by attending a wide variety of live performances.

This recital is very important to Rubin, as it is his last performance in the Lawrence Conservatory. “When making music you love for people you love, it is not competitive. It is about making something meaningful,” he said.

After graduation, Rubin will be attending a master class at the Banff Centre in Alberta, Canada in July, and actively pursuing a career in music, including professional performance and teaching opportunities.