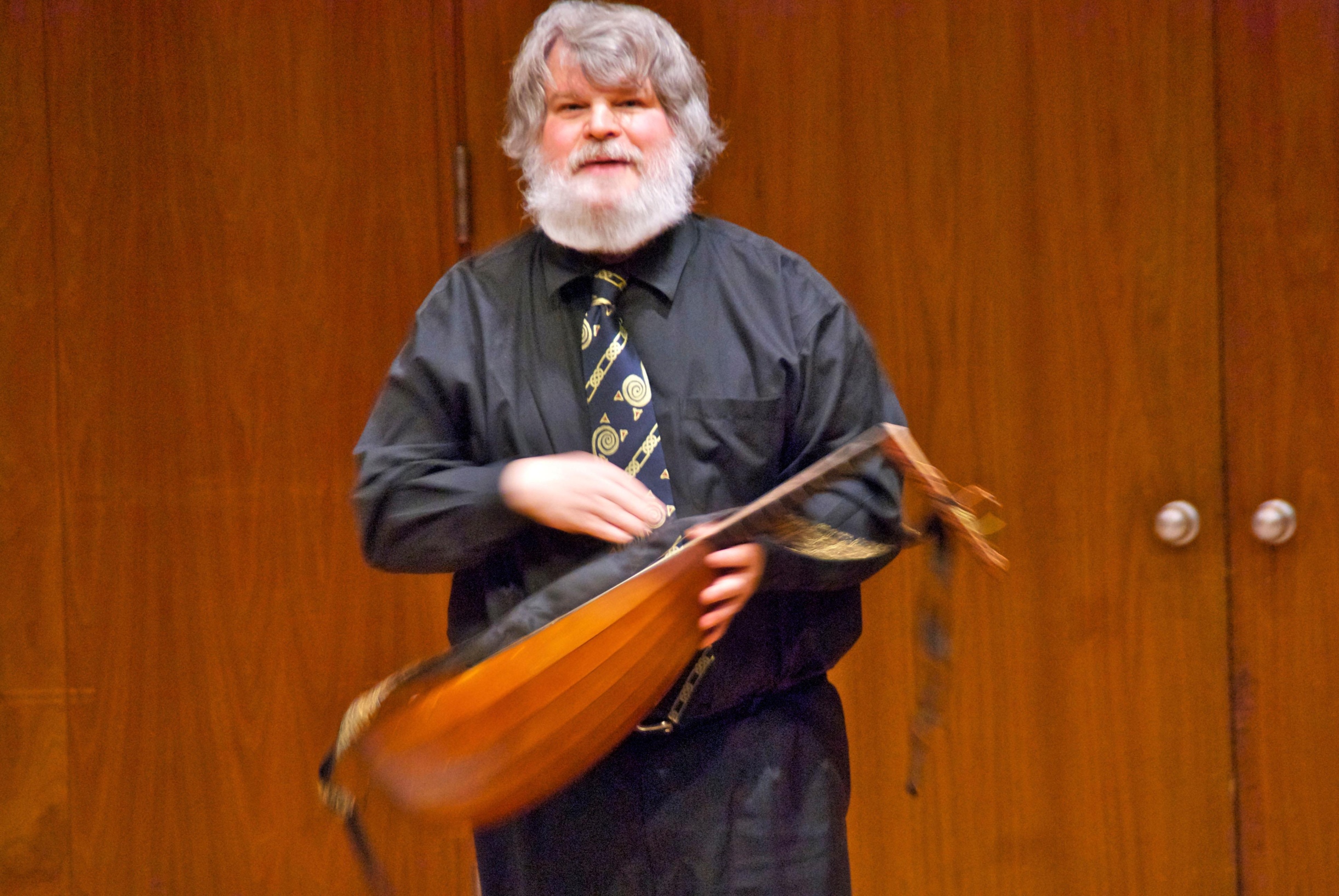 Award-winning performer and Professor of Lute and Director of Early Music at the Eastman School of Music Paul O’Dette visited campus on Friday and presented a virtuosic, yet highly historically informed recital of works for solo lute from the 1600s.

O’Dette’s accomplishments in musicology and early music prove him to be more than qualified to educate his audience on the musical history of the 1600s and the lute. Not only has he made more than 130 recordings, been nominated for a Grammy five times, and received international awards for his performances, he has also done extensive research on 17th century Italian and English solo song and has spent time conducting Baroque operas at music festivals around the world.

So, what is a lute? A lute is the precursor to the guitar. It had a number of additional strings and, as O’Dette explained, is one of the “softest instruments in musical history.” It was played by both amateurs and professionals in Europe and a lute player was a important, even treasured part of royal courts in the 16th and 17th centuries. Once the guitar was developed, the lute declined in popularity due to its relatively steep learning curve.

O’Dette focused on two composers, Daniel Bacheler and John Dowland, both of whom wrote specifically for the lute. O’Dette performed sets of dances, tunes, fantasias and other genres by these writers, exposing the brilliance within music that is often neglected in an age of electronics, contemporary instruments and technology.

The audience was transported back in time to Europe in the late 16th and early 17th centuries through O’Dette’s virtuosity and fluid runs. Hearing snippets of familiar tunes and a constant pulse or beat made it apparent that this genre was the popular music of its time. Though its difficulty led to its decline, O’Dette’s mastery of the instrument made it sound simple and effortless.

Ornamentation, both improvised and composed, was a prominent feature in these works and O’Dette added beauty and smoothness to each trill, arpeggio and stream of notes. He created an atmosphere of complete tranquility with the mellow, soothing sounds of the strings and if you were to close your eyes, you might have seen a lutenist playing softly for the royal courts of Europe.

O’Dette put the audience in a trance and created an evening of music that is uncommon in an environment saturated with newer, more elaborate music. The image of an individual with only his instrument and sheet music was a contrast to what has become the norm on Harper Hall stage: ensembles and soloists accompanied by intricate electronic accompaniments and set-ups.

Exposure to both early music, exemplified by O’Dette, as well as new music, explored by guest artists and Conservatory students reveals the importance Lawrence places on studying multiple artistic genres and styles throughout all of history.