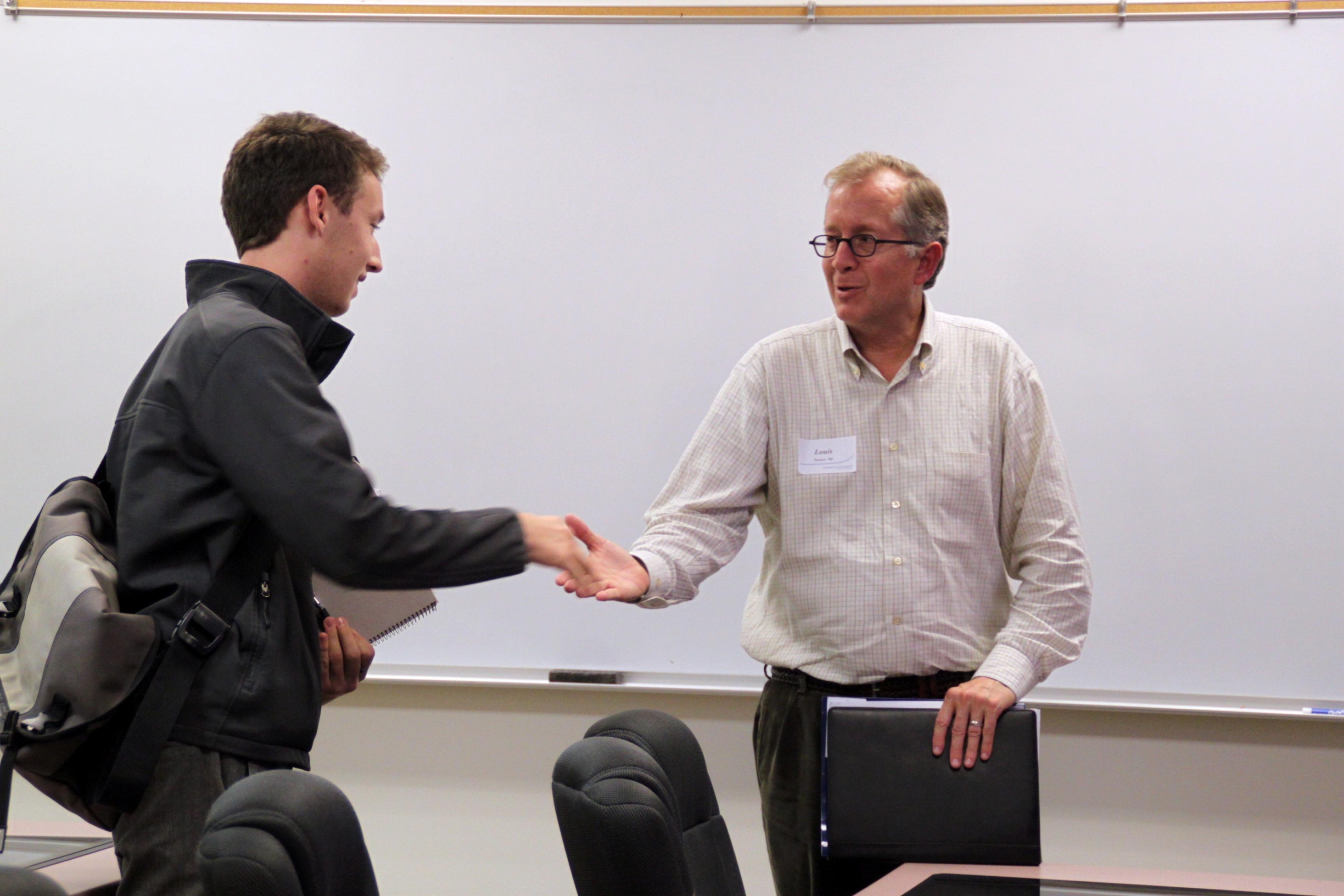 Career Services presented its biggest event of the term, the Career Conference, last Saturday, Oct. 13. This conference allowed Lawrence students interested in getting a head start on their futures to plan for their careers in the working world.

The conference hosted a series of events, including sessions with Lawrence Scholars, panels on what to do with a history and psychology major, a gap year fair and tips from recent alumni. The evening culminated in a networking reception, where students could mingle with alumni and panelists.

Freshman Chelsey Choy was one of the attendees at the young alumni event. “I really liked it,” she said. “It was nice to hear the different perspectives from alumni who graduated one year ago and are in the workplace, and those who have been out of school for a little longer.”

Choy was even able to use the event as a chance to do some networking: “I met an alumnus who has a contact in my area, and he gave us an introduction, and she might be helping me with an internship over the summer.”

The Gap Year Fair was a new addition to the Career Conference. It provided information on gap year resources, and hosted booths with representatives from a variety of organizations that offer gap year options.

Cassie Curry works in Career Services as employer relations coordinator. One of the roles of her job includes making connections with employers locally, nationally and globally to meet and recruit students. Curry, who organized the Gap Year Fair, said, “Students are interested in gap years, in giving back socially and doing things to gain some experience before entering the corporate world.”

AmeriCorps representative Olivia Hendricks ’12 is currently taking a gap year through the VISTA branch of AmeriCorps, and working with Lawrence University and the Boys and Girls Club in Appleton. “I highly recommend taking a gap year,” said Hendricks. “It’s not for everyone, but it is a really great option for a lot of recent college grads.”

Her gap year has been a strong confidence builder, Hendricks said. It reinforced her belief that she had chosen the right major and forced her to be responsible as a professional without the safety net of being a student. “I’ve realized I do like working with youth, but at the same time I’ve gotten to try my hand at so many things.”

A popular event was the panel titled “What to do with your Psychology Major.” The speakers covered many jobs in the field of psychology and how to equip oneself with the tools to become a better candidate.

Choy said, “If I was a senior, it would have been so helpful, because they were talking about who was hiring. As a freshman, it…reassured me that there are jobs to be had in psychology.”