Love and Theft: You have to like Bob Dylan 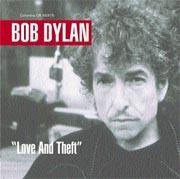 Bob Dylan. His name dwells in a category that defies genre and only loosely pieces together those artists whose music relays an expression so effortlessly straightforward and intensely personal as to ward off label and stereotype. Names like Hendrix, Simon, Baez, and Clapton may all reside there, among many others, not due to any shared era, but to a common spirit of unhindered personality. Such names stand alone, and any association to bands, producers, and influences in considering their music seems secondary and insignificant. For the sheer bulk of graceful, spirited minstrelsy offered up in 43 albums spanning four decades, one opinion may claim factual status: you have to appreciate Bob Dylan.His sound has waxed and waned over time, flexing like a marsh reed to a shifting breeze, always maintaining its form and integrity. From the singer/songwriter sixties, the classic rock seventies, the pseudo-slick eighties, to the modern nineties, Dylan has developed his style, always conscious of current musical directions, but still giving top priority to his own ideas.

Beyond giving a nod to whatever sound seems in, Dylan has always paid tribute to the roots of American music, particularly the blues. But never have we witnessed such an intense passion for the blues as seen in Love and Theft. Though he experimented with the blues form all the way through his 1997 release Time Out of Mind, Dylan has never so willingly abandoned his own characteristic flavor to completely embrace a genre. The title, Love and Theft, refers to his appreciation of the blues and jokes at robbing an entire tradition to make it his own. Every one of the twelve tracks tinkers with the twelve-bar blues form and represents an almost comical homage to a century of American blues.

This brings me to the second meaning of the title of this article: that you have to like Bob Dylan in order to really enjoy this album. A tried-and-true Dylan fan will appreciate every nuance of his blues inflection along with his aptitude at playing the role of a musical chameleon. A casual listener, however, might miss the point a little and wonder why Dylan sounds so much like a cover band on blues night. This view owns some legitimacy, as this album seems to have more to do with a mature artist mimicking a beloved sound than a cornerstone of American music exploring new territory. For comparison, consider that Michael Jordan brought little to professional baseball other than publicity and the opportunity for basketball fans to relish their hero’s versatility. Not only does Love and Theft redirect our attention towards elements of music often forgotten, it provides a conduit for Dylan to show off his artistic malleability.

But Dylan avoids coming off like the “Blues Brothers'” hackneyed attempts to recreate the blues sound through his brilliant use of words. Sure, his voice long ago gave out, (some say it never amounted to much from the beginning), but this trivializes the essence of Dylan’s music, which, though hidden under the blanket of another genre, rings true throughout this album. Whatever slant on the blues he takes, be it “delta,” “shuffle,” “rockabilly,” or “country” blues, the past and gone sounds are overlain by stories and images that have gotten better with every album.

Dylan’s musical goals have always been met through what he says, not how he says it, and Love and Theft proves this to the utmost. The lyrics stick with Dylan’s consistently melancholy attitude that speaks of things coming to an end, and of people loved and lost, among other familiar themes; they also, however, contain a playful satire that offers jovial little proverbs as testament to the man’s immense life experience. He intensifies these with a literary sophistication that evokes Shakespeare, Hemingway, Tennessee Williams, and W.C. Fields.

So if you’re wary of this album at first—if you’re not enamored with Dylan enough to follow his every course—listen for the words, which speak as true as ever in his music, if not more so. Although I can’t recommend this album for a Grammy, it surely will rest in history as a thankful and brilliant rendering of an essential tradition of American music, from one of American music’s most time-honored masters.