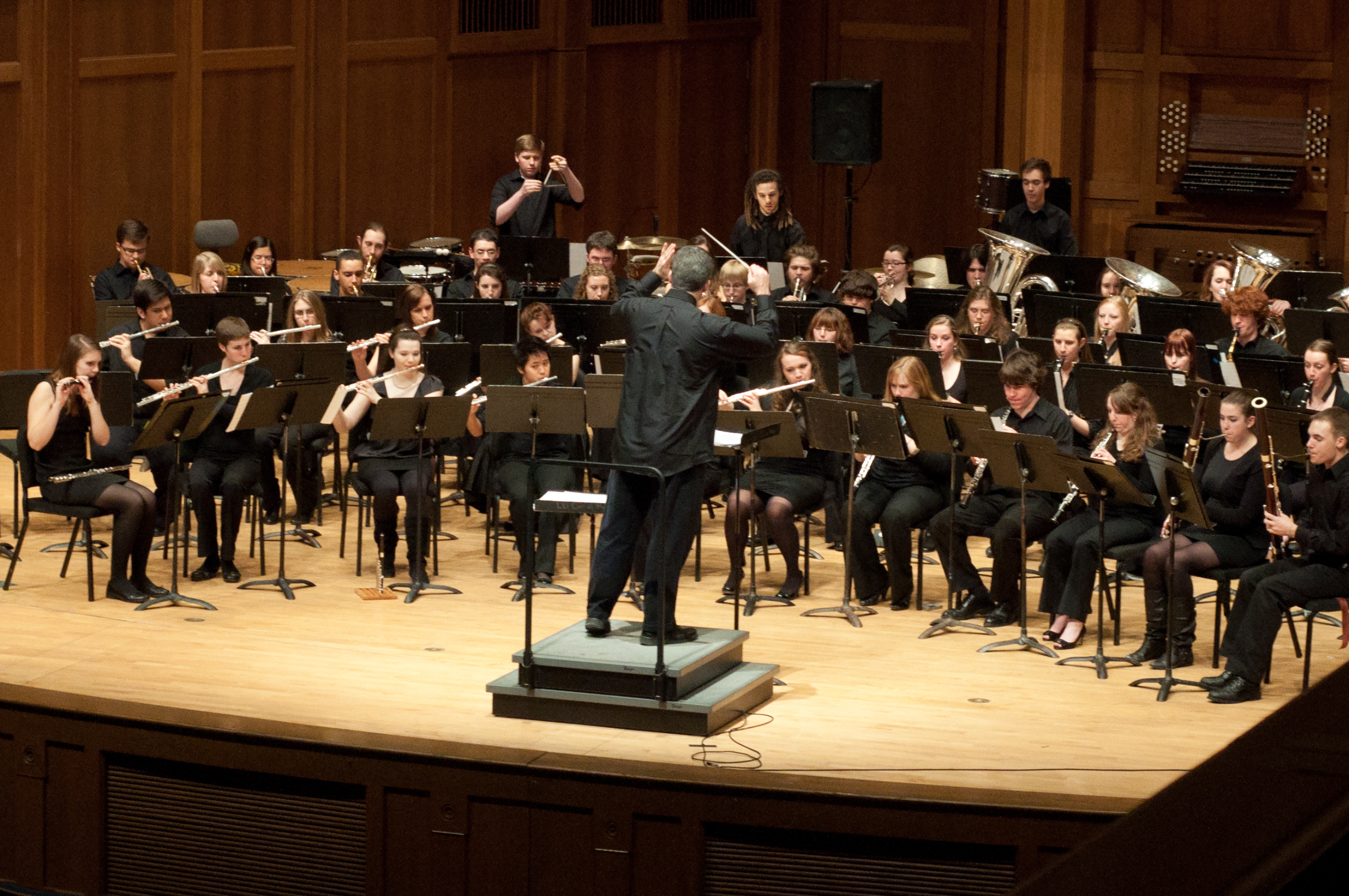 On Friday, Jan. 28, Lawrence’s Symphonic Band and Wind Ensemble took the stage for their first concert of 2012, “Heroes and Explorations.” Broadly titled, yet aesthetically fitting, the lengthy two-part program traversed vast sonic territory, as the two groups explored a range of sounds and instrumentations, while taking time to feature two of Lawrence’s excellent faculty musicians.

Kicking off the night per usual was the Lawrence University Symphonic Band, which strutted out with the contemporary piece “Mr. Atlas” by guest conductor, Andrew Rindfleisch. Inspired by bodybuilder and exercise guru Charles Atlas, whose 1940’s comic book ads advertized a “you can achieve anything” attitude, the piece evoked a growing sense of triumph, as the ensemble developed a burgeoning muscular force.

Next up on the docket was the Lawrence University Wind Ensemble, who opened strongly with Samuel Barber’s “Overture to ‘The School for Scandal.'” A vibrantly melodic piece featuring various woodwinds, Barber’s overture was a clear highlight of the night. Meant to mirror the essence of Richard Brinsley Sheridan’s play of the same name, “Overture to ‘The School for Scandal'” was a fitting selection for the “Heroes and Explorations” theme, as the piece musically investigates an array of character personalities.

Following the Barber, the Wind Ensemble plunged into Jennifer Higdon’s oboe concerto, featuring Professor of Music and Teacher of Oboe Howard Niblock. Known for his work in musical aesthetics, Niblock proved to be a key contributor to “Heroes and Explorations,” displaying a fantastic, heroic solo performance.

Furthermore, the Wind Ensemble investigated the heroic implications death and afterlife in the 1988 work “Ascension” by James Mobberley. A noted electro-acoustic, fixed media piece, “Ascension” greatly contrasted the rest of the program in aesthetic terms, coupling a small acoustic ensemble with pre-recorded synthesized sounds. While these sounds occasionally came across as overly separate from the ensemble, there were undoubtedly moments of sheer brilliance, including one particularly giant wash of sound that took full advantage of the range of colors at hand.

Overall, “Heroes and Explorations” was an excellent concert featuring a diverse range of styles and featured performers. While the concert’s length may have been a detriment, the both ensembles musically executed well while examining a plethora of philosophical themes.