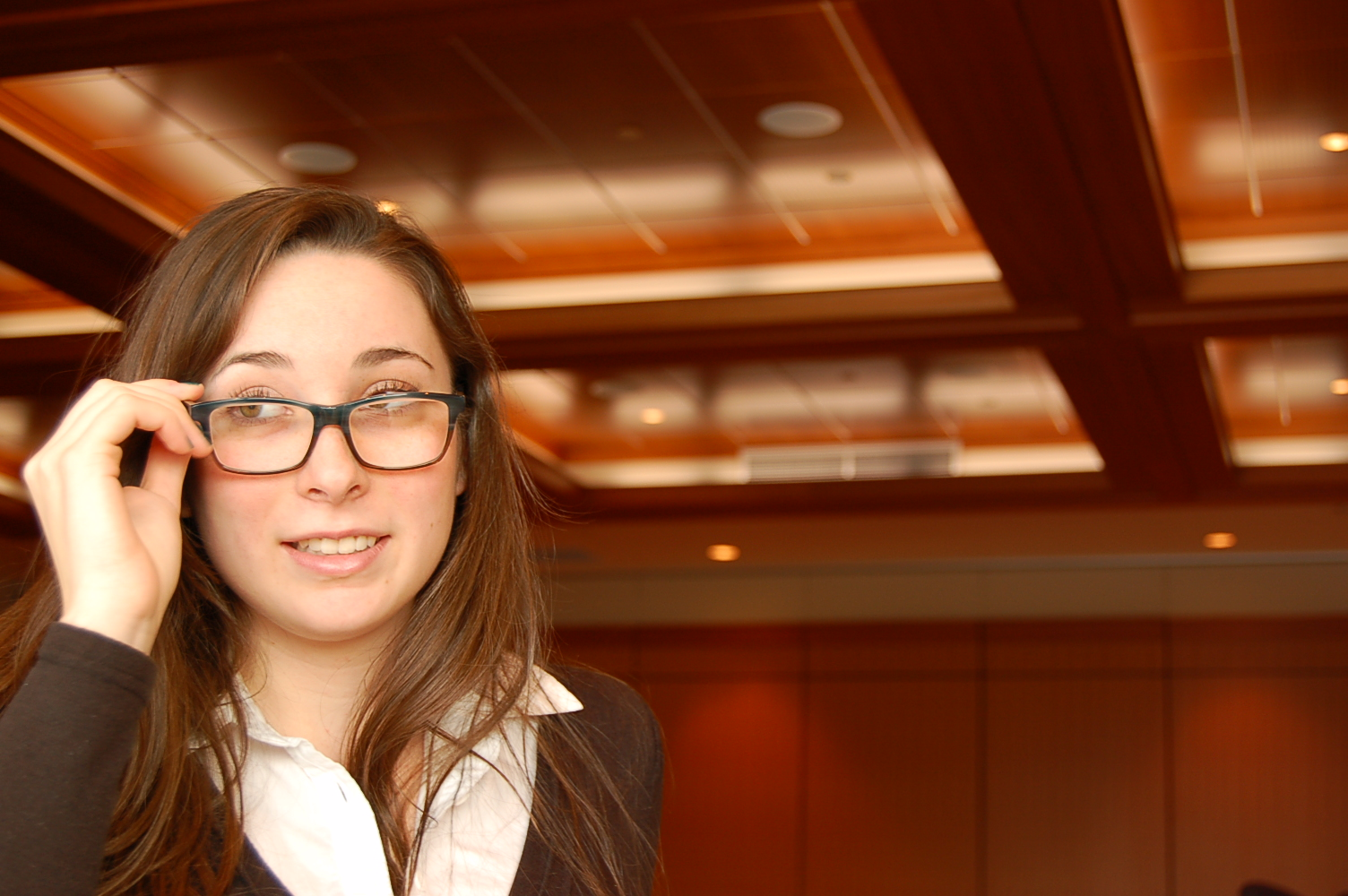 Liberal arts colleges such as Lawrence run rampant with what one may refer to as “artsy kids.” We are the educated, music/theater/art-inclined, eco-friendly, outspoken and sometimes pretentious type. We value our ideals, which is to be respected, but sometimes when we are surrounded by other artsy kids we don’t realize how “alternative” — to be polite — we may sound to the mainstream majority. Ruth Perret-Goluboff seems to embrace the artsy kid inside of her, but from a mainstream perspective, in her new blog, “The Chronicles of a Self-Loathing Artsy Kid.”

The blog consists primarily of rough drawings that Perret-Goluboff has composed, accompanied by quotes that she hears around campus. She views the quotes as “enlightened” from the artsy kids’ perspective, but ridiculous from the mainstream perspective. One will notice that there are no pictures of people saying these things. Instead, these snippets are being spoken by various objects, such as slices of pie, band-aids and ladybugs.

Perret-Goluboff explains these seemingly strange couplings; she believes that “we are all losing our humanity because of some of the stupid shit we say.” This blog is a “social commentary of sorts,” by medium of the primitive pen and paper. “Those are the only two things that I really felt understood me,” said Perret-Goluboff. Who can blame her, when she is herself “artsy,” but surrounded by people who say things like “privatized water is morally tainted, and I refuse to drink it.”

Perret-Goluboff’s inspirations for the two-month-old blog were various. While visiting an aunt of hers, she realized that her family was pretty artsy, “and [that she] wanted to be artsy too.”

It all started as a simple joke to ease tension between Perret-Goluboff and her roommate. She would draw pictures to make her roommate smile. Also, as many of us know, winter break is long and boring, so she thought the blog would be a great way to occupy her free time.

Lastly, Perret-Goluboff says that Associate Professors of Art Julie Lindemann and John Shimon are a huge inspiration to her, and that everyone should take a class with them if they get the chance.

Although they may appear to be classroom doodles, Perret-Goluboff takes much pride in the art she posts on her blog. “My art is thought-provoking,” she said. “It doesn’t hit you over the head like a car parked on Main Hall green wrapped in netting.”

Perret-Goluboff also said, “my art is my life…it’s a full-time job.” Think that’s cliché? She walks her simple talk quite well. “I actually just finished a two-year-long avant-garde art piece,” she said, “in which I gained the trust of a consumerist mainstream individual. It took my art to another level, because I was able to intimately observe exactly what I was satirizing.”

Since the blog is quite new, it has not gotten much exposure outside of friends and family. But this exposure has been very positive thus far. Perret-Goluboff even says that she has even gotten a couple of requests from people to draw one of these humorous scraps for them.

If you are at all offended, intrigued, confused by what she has to say, just remember that Perret-Goluboff is a very bold and opinionated person, just like the rest of us “artsy kids.”

And if you are yourself frustrated with being an artsy kid, check out her blog, “The Chronicles of a Self-Loathing Artsy Kid,” at altsauce.tumblr.com.