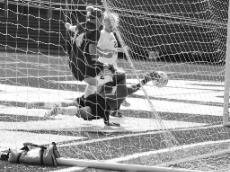 Jared Padway
Men’s soccer
If this year’s team could play the team from your freshman year, who would win?
I think it would be a good match, but I feel like our team from this year would win. We are better technically this year then we’ve been any other year of my career here. However, we do miss the speed of reserve forward Yui Ueno this year, as well as his general presence on campus.What is your favorite position to play and why? Least favorite?
My favorite position to play would have to be forward, obviously, because I want to score goals. My least favorite position, other then goalie, is outside midfielder, because you have to do the most running. Unfortunately, that is the position that I play…

What is the biggest difference between this year’s team and last year’s team?
Well, we didn’t have our greatest year last year, but we have greatly stepped up our play this season. The improvements could be due to increased leadership, the addition of a solid new freshmen class – or maybe we are finally putting away our chances. I personally believe that it’s because our new manager has given some of the guys on the team a little extra motivation to work harder.

What is your favorite memory from your soccer career at Lawrence?
My favorite moment of my Lawrence soccer career was definitely my sophomore year against Knox. I scored the game-winning goal, which also happened to be my first collegiate goal. I’m pretty sure I blacked out after seeing the ball hit the back of the net.

What is your favorite pre-game meal?
Whatever, as long as it includes some bananas. My roommate-for-life Andrew Wilt always reminds me that I need that extra potassium before the game.

How does Lawrence compare to your old school?
It’s really different. It’s a lot colder here than in Florida, and everyone seems to know each other. The team here is awesome though; everyone has such great attitudes and has been super welcoming.

What is your favorite part about playing goalie?
Not running.

If you could meet any professional athlete, who would it be and why?
I would meet Oliver Kahn. He was my favorite keeper growing up.

What do you do to prepare for a big game?
I eat a lot of cinnamon rolls and listen to music.

Best memory from this season so far?
Coach doing the happy dance. 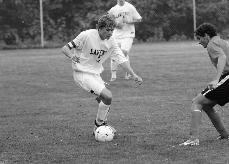 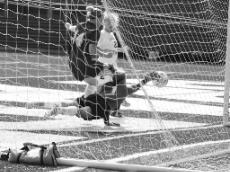 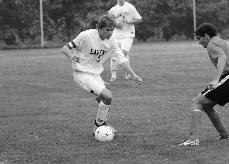