The National get presidential with Obama and rock Madison crowd 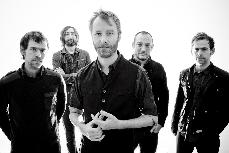 President Obama alighted in Madison to speak at a rally for the Democratic National Committee Sept. 28. But that was not the capital’s only big event of the day. Brooklyn indie rockers – and avid Obama supporters – The National also played to a nearly sold-out crowd at The Orpheum Theatre after the rally had ended.
The quintet has supported Obama since the primaries for the 2008 election. Their song “Mr. November” took on new meaning in election season, and they began to print T-shirts featuring Obama’s face with the name of the song under it.
In addition, their hit single “Fake Empire” was played in Grant Park in Chicago at the President’s victory celebration in 2008. It should come as no surprise, then, that the band was in Madison on the same evening as Obama.
Having previously seen the band at two festivals – Lollapalooza and Pitchfork Music Festival – I was excited to finally see them in a smaller setting. And, I’m happy to say that it was the best show I’ve seen them play.
Fresh off the success of their newest album, “High Violet,” the band has toured the country relentlessly, playing all the big festivals. The album has brought them to a whole new level of fame. Their previous album, the equally acclaimed “Boxer,” reached a peak of 68 on the Billboard Music Charts. “High Violet” reached an impressive number three.
Their success is not entirely surprising. With each album, they’ve grown as a band, improving both lyrically and musically. Some of the band’s best lyrical moments happen on “High Violet,” especially on the single, “Bloodbuzz Ohio.”
As the band churns, singer and lyricist Matt Berninger sings, “I still owe money to the money to the money I owe.” The line evokes the hard truth of being a professional musician coming to terms with fame. While he may be earning more money than in the past, at some level, it must feel that nothing has really changed.
Unsurprisingly, The National’s set was full of songs from the new album, as they played all but three of the new tracks. Surprisingly, the band began the set with the slow song “Runaway,” from “High Violet.” This tune set the tone for the rest of the show.
Though the band may have louder and slightly more upbeat songs, the slow songs are what distinguish them from others. Unlike other bands that change their live sound to have a louder and more accessible feel, The National play their songs the way they sound on the album.
Hearing the new songs for the first time, I was highly impressed with the way they effortlessly blended in with the older ones. Each album has been a bit of a departure from the previous one, but like any good band in a live setting, they are able to make them sound smooth in succession. Older songs like “Abel,” where Berninger strays from his sad drone and replaces it with yelling, were not the least bit out of place.
Another strong point of the show was the banter. Berninger always has good interactions with the crowd. These usually consist of him stretching out his hand to touch the audience as well as leaving the stage to walk among the people.
While he remained on the stage for the whole show, he was much more talkative than usual. Earlier that day, the band met the president for the first time, and they were clearly excited about it. Commenting on the band’s relationship with Obama, Berninger jokingly said, “He told us to play the song about cannibalism. He loves that one.” Berninger was referring to “Conversation 16,” in which he croons, “I was afraid I’d eat your brains.”
The band finished with a great encore in which they played songs from three different albums, proving that they value their old songs just as much as the new ones. After seeing this captivating live performance, it seems that having Obama in office has helped give this great band the recognition they’ve always deserved. 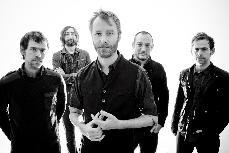