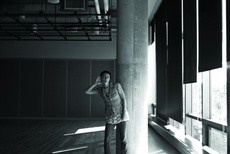 Students who attended the Sept. 15 Best Coast and Male Bonding show may have noticed sound problems during both bands’ sets. The effect of the issues on the performance is simply a matter of opinion, though Bethany Cosentino of Best Coast was visibly frustrated throughout the band’s set – see Micah Paisner’s review in the Sept. 24 issue of The Lawrentian for the details. So what exactly happened?
The short answer: It’s complicated. According to Phil Kronenberg, a tech crew worker who acted as a sound technician for the Sept. 15 show, the issue was caused largely by a design element of the Esch Room sound system.
“Prior to the show, we thought the limiter had been taken off,” said Kronenberg. “The limiter prevents the volume from reaching the maximum potential in the house speakers.”
“The limiter caused problems last year because the room can get very loud, especially with drums. For some shows in the beginning of fall term 2009, I couldn’t get the vocals above the band without feedback, and the timbre was very muddy,” Kronenberg said. “When I sound-checked Best Coast, I ran into the same problem again.”
After switching to different speakers, things ran more smoothly until the speaker amplifier began to cut power occasionally. “It happened almost every five to 10 minutes,” added Kronenberg. “[These problems] only occurred near the end of Male Bonding’s set, though.”
“However, [the power cutting out] became a big, noticeable problem for Best Coast, since their songs are strongly centered on the lead vocals,” continued Kronenberg.
These issues, centering on the first Band Booking Committee event of the year, seem conspicuous on the heels of the improvements to the Campus Center in early 2010. Readers may recall Samuel Flood’s article in the Feb. 26 issue of The Lawrentian on the same subject. In that article, Campus Center Director Greg Griffin praised the planned updates, saying they would provide “flexibility in the spaces.”
Griffin described the improvements made over the summer: “First, we added a large subwoofer to the Esch-Hurvis Room. Previously, this room only had the pendant speakers, which are not enough for some student events.”
Griffin also described how the changes now “give the tech crew the ability to adjust the EQ as needed.” He continued, “We also created additional settings to allow us to use one or both rooms in a performance mode.”
He did, however, emphasize that the upgrades were unrelated to the problems at the show. “The Best Coast/Male Bonding sound issues were something else,” said Griffin.
According to Kronenberg, the same equipment used at Best Coast was unproblematic in later use. “We just used the same amp with the same speakers to see if the amp would work in an outdoor setup for The Pakistan Relief Fund concert, and it didn’t cut out at all,” said Kronenberg.
Despite the early setbacks with the sound system, Kronenberg remained optimistic. “The problem with the Esch house sound system has been fixed too,” Kronenberg said. “The limiter is off, and the speakers are able to reach their maximum level. In fact, the problem was fixed that same week of the Best Coast show for LU Live.”
As for further issues, all is well. “But something will eventually happen,” Kronenberg speculated pragmatically. “It’s part of the nature of the job.