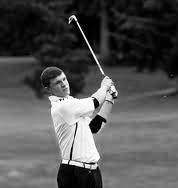 What’s your favorite song to listen to before a game? Why?
Basically, any song involving Lil’ Wayne is enough of a pre-game pump up for me. Why? Because he’s Lil’ Wayne – that’s all there is to it.

What is your favorite part about preseason? Your least favorite?
The best part about preseason is that there is no homework to worry about, or any school related stress. All we do is play volleyball, eat, sleep and repeat for three weeks straight – it’s great. During preseason we get the chance to reconnect with old teammates and meet the newest additions. But along with preseason comes the intense workouts, and the hardest part is getting back into volleyball shape after only playing sand volleyball and rec leagues for the past few months.

How did it feel to break the Lawrence record at Washington County?
It was a great experience. I was overwhelmed with excitement that I was able to break the school’s and my own record. I was more enthused with shooting a 28 on 9 holes – it has always been a goal of mine to shoot a 29 and I did better than that, which is fantastic.

Already off to a great start this year, what are your goals for the rest of the season?
My goal by the end of the year is for the team to qualify for nationals. Individually my goal is to become an All-American, which is definitely a tangible goal. My golf instructor and I said it from the start that I would be able to do so. I need to work hard on the off-season and I think that I will be able to do it.

What do you do to prepare for a big shot?
I have had the same pre-shot routine for several years where I don’t take to much time behind the ball that way I don’t second guess the shot I am about to hit. One or two practice swings usually.

If you could play a round of golf with any professional player, who would it be and why?
I would play with Steve Stricker because I like his demeanor [in] the game and I think he has one of the best swings in golf. 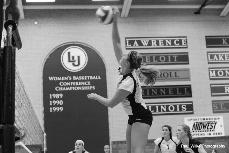 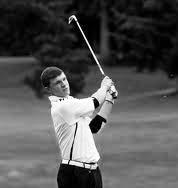 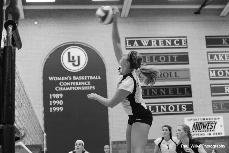