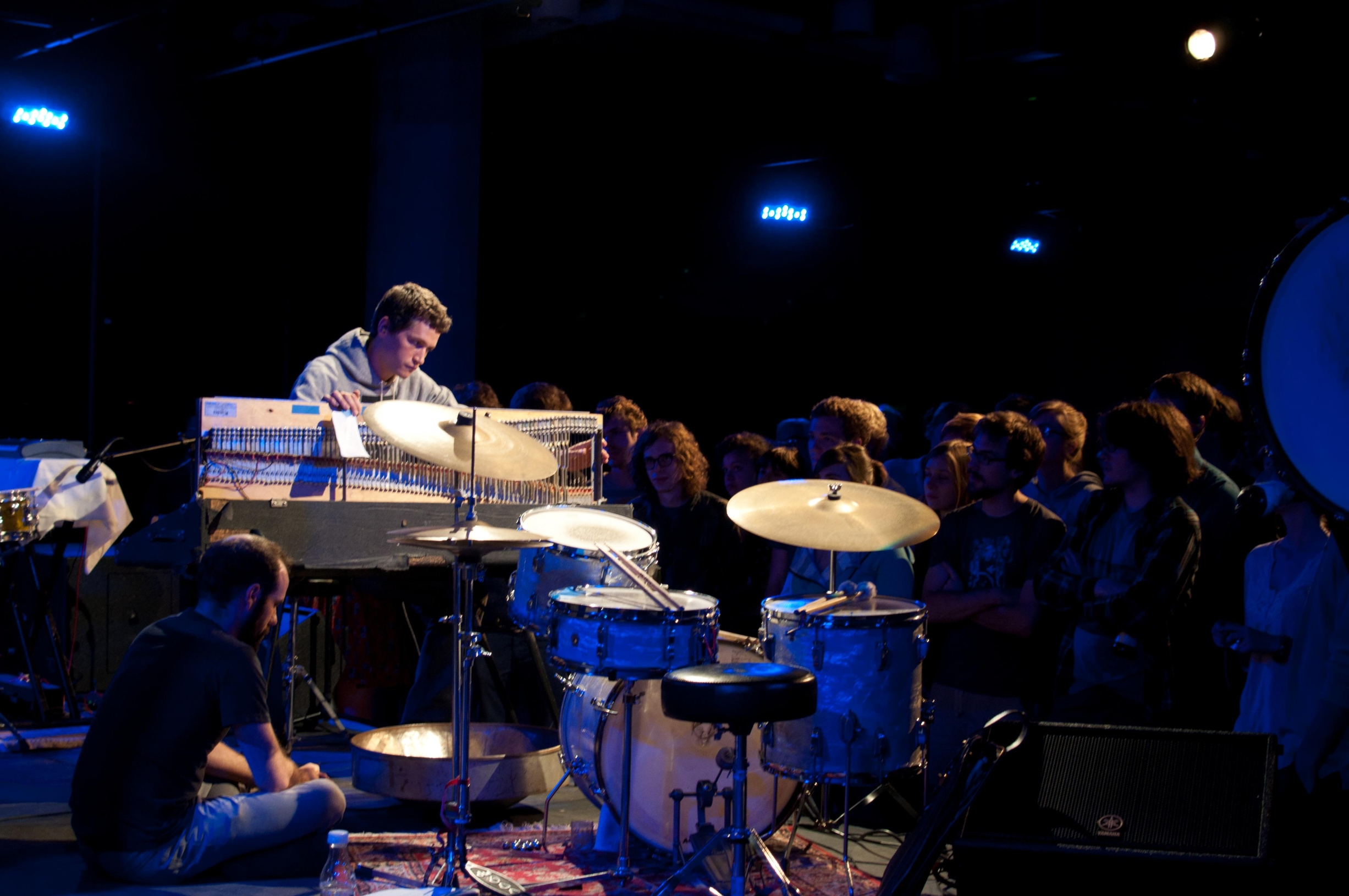 LU Weird got off to a — well, quite frankly — odd start on Friday night. The guitar and drum duo Ahleuchatistas played an hour-long set opening up for the keyboard, drum and trumpet trio, SÃ£o Paolo Underground.

Ahleuchatistas began their set for an anxious crowd in the Esch-Hurvis Studio. A fuzzy, bassy sounding drone was looped on Shane Perlowin’s guitar. A wall of sound through the layering and development of a mirage of Ryan Oslance’s drum sounds led to a final crescendo. The drums settled into a break beat, perhaps the most accessible few seconds of their set, to begin the second song.

Throughout their set the duo pulled some quite creative tricks, some of which I had never seen before. Perlowin created a foundation for one song by fiddling with the cable in his input jack to create a thundering effect. He used an E-Bow to create a different color at times, too.

Oslance wore chains around his neck, bells on his ankles, and used various materials for drumsticks, including tree branches and PVC pipes. He also put a bed sheet over his drum set to deaden the sound, and would throw cymbals on the ground while reconfiguring his set during transitions to keep the noise going.