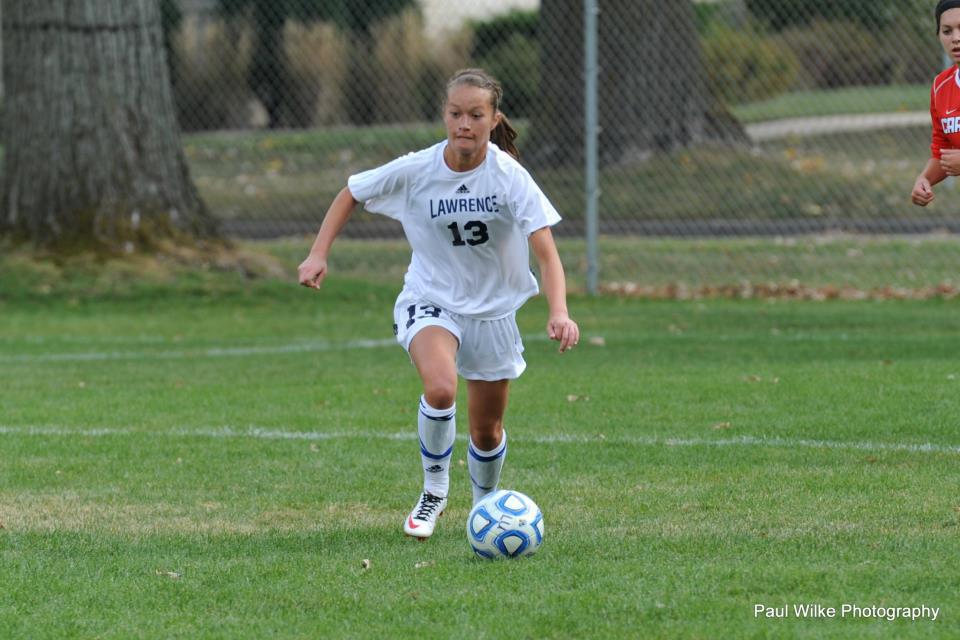 In MWC action this week, rivals Lawrence University and Carroll College faced each other at Schneider Stadium in front of 104 fans. It was another tough weekend for the Vikings. After a solid 2-0 start to the season, Lawrence has fallen to 2-2 in the standings. Last weekend, the Vikings allowed the Pioneers to gain a convincing lead early in the half. The Pioneers netted three goals within the first 24 minutes of the match creating a hole the Vikings could not climb out of. Senior goaltender and junior Cassie Burke commented on the Vikings’ play in the first half, “We were standing around too much enabling the Pioneers to control the game.”

Head Women’s Soccer Coach Lisa Sammons had some words with the team at halftime which sparked improvements in the second half. The Vikings’ defense reduced the Pioneers’ shots on goal from 11 in the first half to only five in the second. With the Pioneers leading three to zip, hopes were high for a comeback when sophomore Jenny Angeli booted one in somewhere in the middle of the second half.

Unfortunately, the goal was nullified by the officials, after handball was called on the play. Hanging tough though, The Vikings continued to fight for a way back in the game. Lawrence team trainer sophomore Claire Francis said, “The seniors gave a speech at halftime about the team’s performance and encouraged them to communicate more on the field. I think this attributed to them getting a handle on the game in the second half.”

Despite the Vikings’ determination to right their ship and stay afloat in the second half, they were not able to persevere. Although the Vikings looked much stronger throughout the second half, they were not able to capitalize on any of their chances. Then, in the 88th minute, stirring their ship into the path of the oncoming wave of Pioneers, the Vikings were hit broadside and sunk for certain when the Pioneers scored yet another goal. Sending the Vikings into the murky depths with a final score of 4-0.

The loss was devastating for the Viking women’s team as they showed much emotion over the loss. This was only Lawrence’s second loss in the conference leaving them with a 2-2 record in the MWC and 3-7 overall. This coming weekend should promise some wins as Lawrence faces two, in-conference, opponents with worse records than the Vikings. Picking up two wins will be crucial in weeks to come when facing tougher opponents. The Vikings will have to toughen up in order to live up to their namesake if they are to make it into the conference tournament.

The Vikings’ next home game will be on Oct. 14 against non-conference opponent Edgewood College at 3:30 p.m. at Whiting Field West.