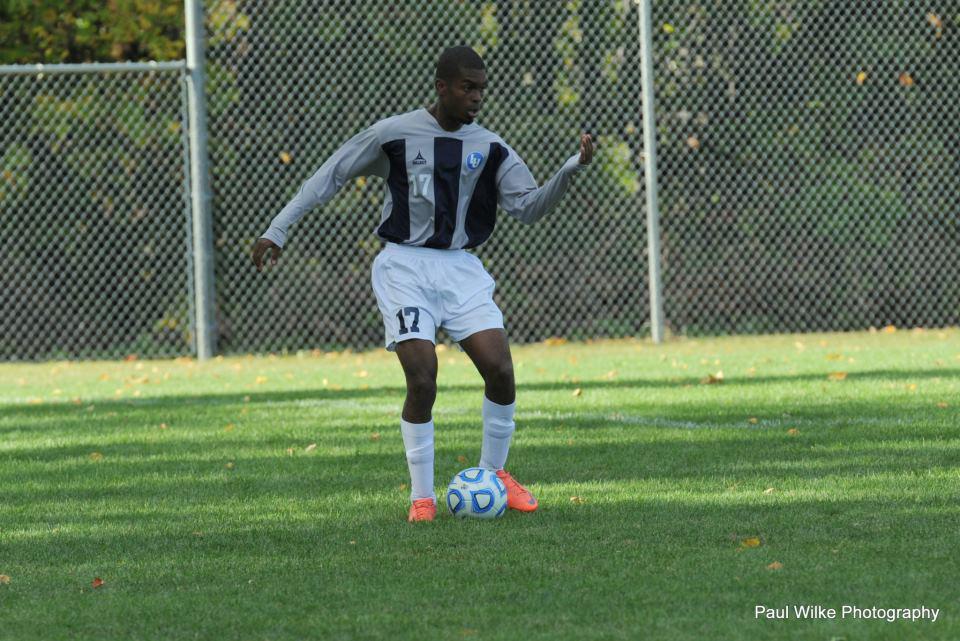 A week of ups and downs for the Lawrence University men’s soccer team resulted in one win and one loss, bringing Lawrences’s record to 1-2-1 in the Midwest Conference and 4-5-1 overall.

On Monday, Sept. 24, the Vikings hosted Wisconsin Lutheran College at Whiting Field West, where a closely matched game kept the score low but the energy high.  Viking defense prevented the Warriors from firing toward the goal, but offensively the Vikings were unable to score early on.  Attempts at the net were made by Lawrence’s senior Karl Mayer, juniorErich Lohrmann, junior Joe Cullen, and junior Cameron Pieper during the first period, but Wisconsin Lutheran’s Jon Stewart defended the goal adamantly.

Competition heated up during the second period, and players on both sides stepped up their game.  Again the Vikings were unsuccessful in their aims for the goal but continued to rival the Warriors in speed and intensity.  Sophomore Steven Salansky contributed to LU’s shots at the net, and sophomore Darry Israel and Pieper each supplied two attempts of their own.  Wisconsin Lutheran also attempted numerous shots, but Lawrence’s senior Kevin Aslett repeatedly shut them down, keeping the score tied at 0-0 until the end of the period.

From the start of overtime the Vikings had their sights set on the win.  After three and a half minutes, Oliver Newsom was substituted into the Lawrence lineup, and assisted by junior Dan O’Mahoney and senior David Caprile, he sank the game winning-goal 4:48 into overtime, ending the game with a final score of 1-0.

The following Sunday, Sept. 30, Lawrence’s players traveled to Waukesha, Wisc., to take on the undefeated Carroll University Pioneers on their home turf.  The Vikings were only able to make a handful of attempts at the goal early on, shot by Michael Kumbalek and Cullen but saved by Carroll’s Tomek Miaskowski.  While Aslett made a few saves during the first period, Carroll’s Francisco Sajuan edged past Lawrence’s defense to score the first goal of the game at 17:50.  After this initial error the Vikings held off the Pioneers for the remainder of the first period.

The second half was an exhausting 90 minutes for the Vikings.  Lawrence’s athletes failed to make any shots but did their best to fend off Carroll’s relentless strikers.  Aslett made five great saves but was unable to defend the goal from Jake Luthardt, who scored the second and final goal for the Pioneers at 75:50 assisted by Sajuan and Miaskowski.  This brought the final score to 2-0, a victory for Carroll.

“We didn’t have that successful of a weekend, but we still have a lot of conference games left,” said Pieper, shifting his focus to the coming competition.  “We’re looking forward to bouncing back and competing well at the conference tournament.”