Cross country finishes in top half of field 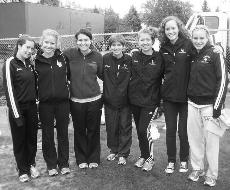 The Lawrence University cross country team traveled to Minneapolis to compete in the University of Minnesota’s Roy Griak Invitational last Saturday, Sept. 25.
The men’s team was led by freshman Curran Carlile, who finished with a time of 26:32.2 for the 8000-meter course. Carlile, who finished 19th, was closely followed by sophomore Sam Stevens, who finished eight seconds off Carlile’s pace at 26:40.2 and finished in 27th place.
Carlile’s finish was an all-time best for a Lawrence University runner at the Griak Invitational. Led by the two top-30 finishes, the Vikings tied for 12th place out of 30 teams.
The women’s team finished 23rd out of 32 teams behind a strong performance by junior Emily Muhs, who finished 40th out of 453 runners with a time of 24:02.8. Senior Anne Sullivan finished with the team’s second-best time on the 6000-meter course with her time of 25:42.3.
The cross country team’s next race is the Gene Davis Invitational, held Oct. 9 at Appleton’s Reid Golf Course. 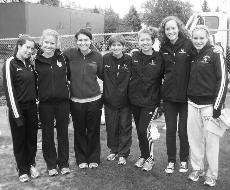