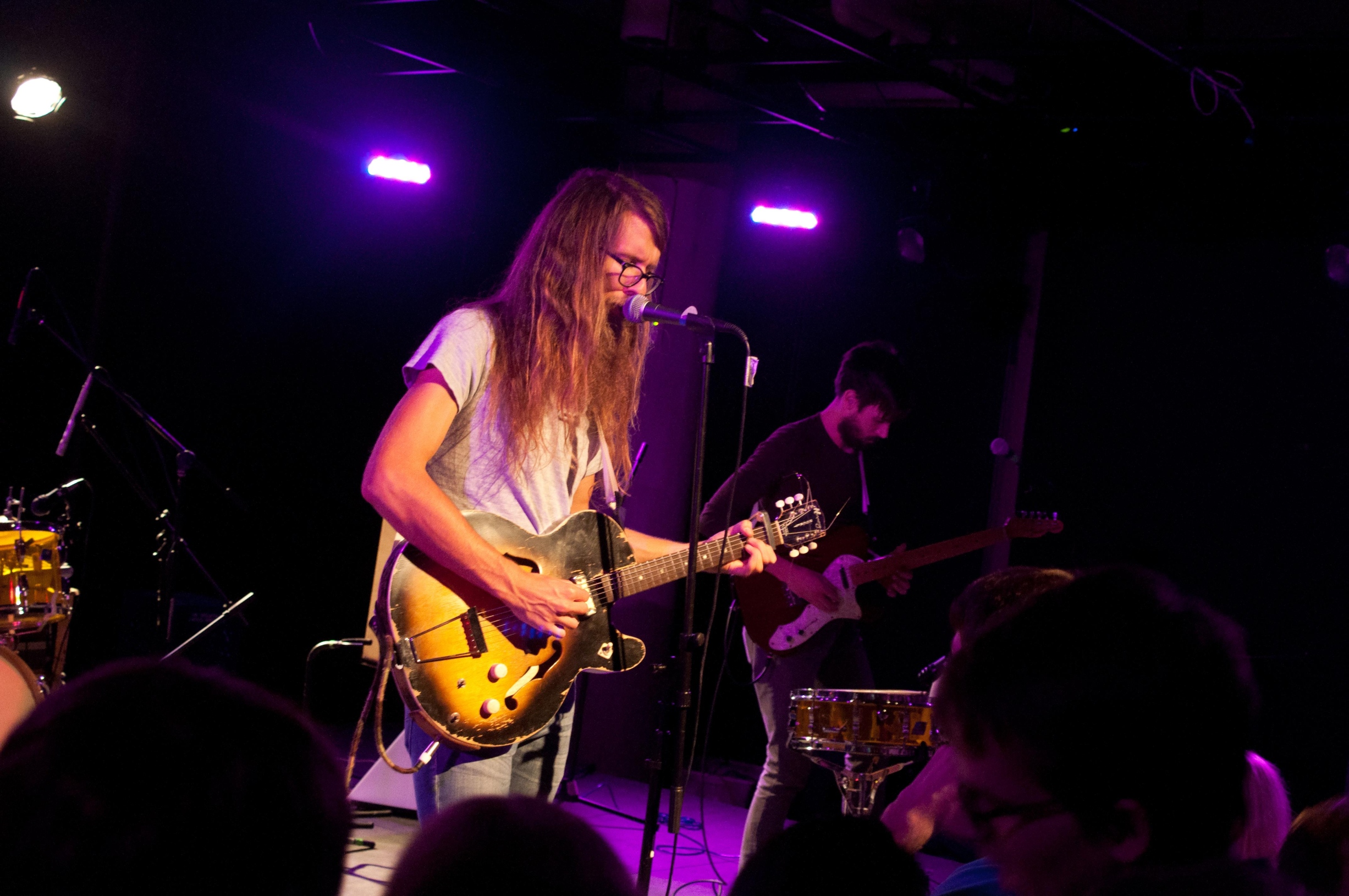 LU Weird ended its successfully odd weekend with a mind-blowing performance from both Why I Must Be Careful and campus favorite Maps & Atlases. Together, they seemed to express the general impression of the two day festival: a mixture of complete absurdity and quality entertainment that resulted in a greater appreciation for the unconventional.

It is a testament to the small and approachable music scene Addy Goldberg and Nick Waldner created last weekend that while Why I Must Be Careful played, Maps & Atlases’ Shiraz Dada sipped what could only be whiskey in the Mead-Witter room and watched a group of students play pool.

The concerts themselves were both a surprising and predictable success. Beginning with the new campus band, Snort, Saturday night’s concert evolved from the new to the unconventional to the universally lovable.

Why I Must Be Careful began their set with a jazzy percussion-based song that was somewhat reminiscent of what Porky’s Groove Machine would sound like if they got rid of everything but the drums and added an organ — it’s a stretch, but stick with me. However, the group of two, Seth Brown and John Niekrasz, were all over the board, jumping from seemingly jazz-based compositions to raw tribal chanting percussive solos.

Their intro began in a din of cacophony and then slowly moved to the jazz-like percussive style it maintained for most of the set. Brown and Niekrasz sat across from each other, which helped emphasize the conversational quality of their music. Although the music Why I Must Be Careful created seemed much closer to percussive chaos, jazz, rock and alternative tones somehow emerged, giving each song a specific musical message.

It was interesting to see how the crowd that had arrived in preparation for Maps & Atlases reacted to the opener. At first, the general crowd was skeptical, in fact a number of people left after the first two songs. However, as the concert progressed, the remaining crowd became more and more enthralled in the music Brown and Niekrasz created. By the ending notes, a good portion of the crowd had begun to dance. If this is not a testament to Goldberg and Waldner’s goal of introducing a new and unusual sound to Lawrentians’ repertoire, I cannot think of what is.

Finally, Maps & Atlases took the stage at Lawrence for a second time, and were met with an overjoyed and exhilarated audience. Dave Davison, beard as long as ever, immediately seized the audience with the opening notes. From there, the band kept up the energy despite a few technical difficulties and gave a five star show. As expected, the group was able to move swiftly from a jump up and break it down extravaganza, making use of their technicolor light-up drum during “Be Three Years Old” to a sit-on-the-stage atmosphere during their song “Was.”

My personal favorites were “The Ongoing Horrible” and “Pigeon,” which frankly gave the album versions a run for their money. Luckily, as much as we enjoyed Maps & Atlases, they enjoyed us quite a bit as well. The group was reported to have said they always look forward to coming to Lawrence and the Appleton area. Let’s collectively cross our fingers in the hopes of getting them to visit us once again, preferably before I graduate!