Evan Lyon converses with Professor of Music and Chair of Keyboard Catherine Kautsky after his talk.
Laura Udelson 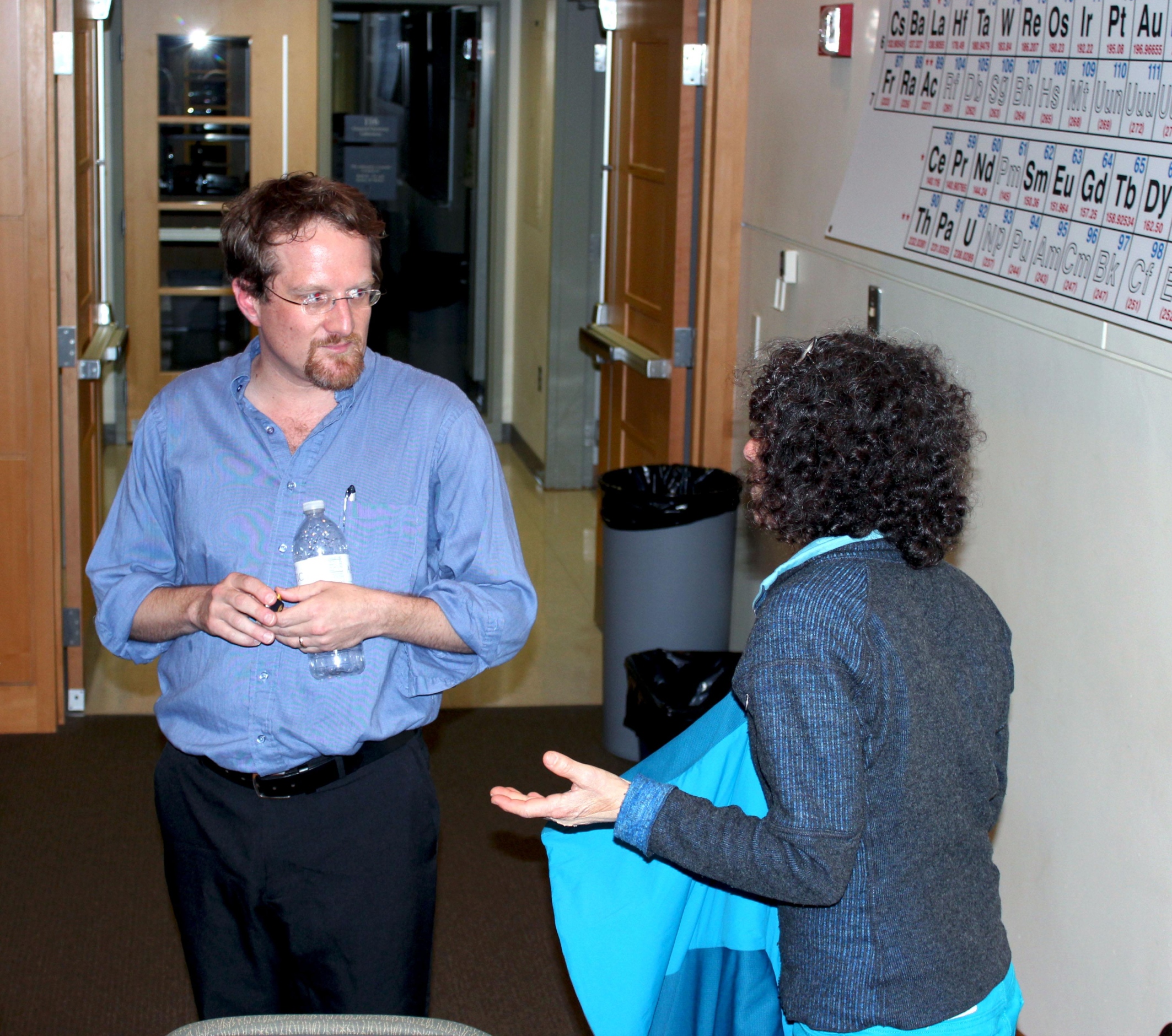 Evan Lyon converses with Professor of Music and Chair of Keyboard Catherine Kautsky after his talk. (Laura Udelson)

Scholars, composers, historians and professors from all over the U.S. came to campus to partake in the Wisconsin Cello Society Fall Cello Day on Sept. 30. The Cello Day Festival Concert focused on Haiti by celebrating Haitian music and discussing topics of health problems, history and music of the region.

Sunday’s events included a large variety of presentations. Some of these events included panel discussions that focused on Haiti, a cello ensemble that featured compositions by Haitian composers, a world premiere performance by Guillaume, a performance of over 50 cellists from around the state and a jazz concert with Butler, cellist Matt Turner and Lawrence’s jazz faculty.

Lyon worked at the same school in Haiti as George and Marjorie Olsen Chandler Professor of Music Janet Anthony, and was connected to Lawrence through her. Anthony has been visiting Haiti since 1996 to conduct, perform and teach music. For nearly 15 years, Anthony has brought Lawrence students and faculty back to Haiti to conduct music camps.

In his lecture, Lyon discussed Haiti’s history and its connection to present conditions, the current cholera epidemic, problems of massive flooding, poor housing and infectious disease in the region, the work that he has partaken in and goals of the non-profit Partners in Health Organization that he is a part of. “Human rights can be a very powerful tool orienting where to go- it hardly ever provides the answer,” Lyon explained in the lecture.

Anthony is not officially connected to Partners in Health, but she is a fan of the work that they do. “I especially appreciate their desire to work with the Haitian government to help,” said Anthony. She explained, “Building the medical capacity of the state is a model that should be followed by other NGO’s,” said Anthony.