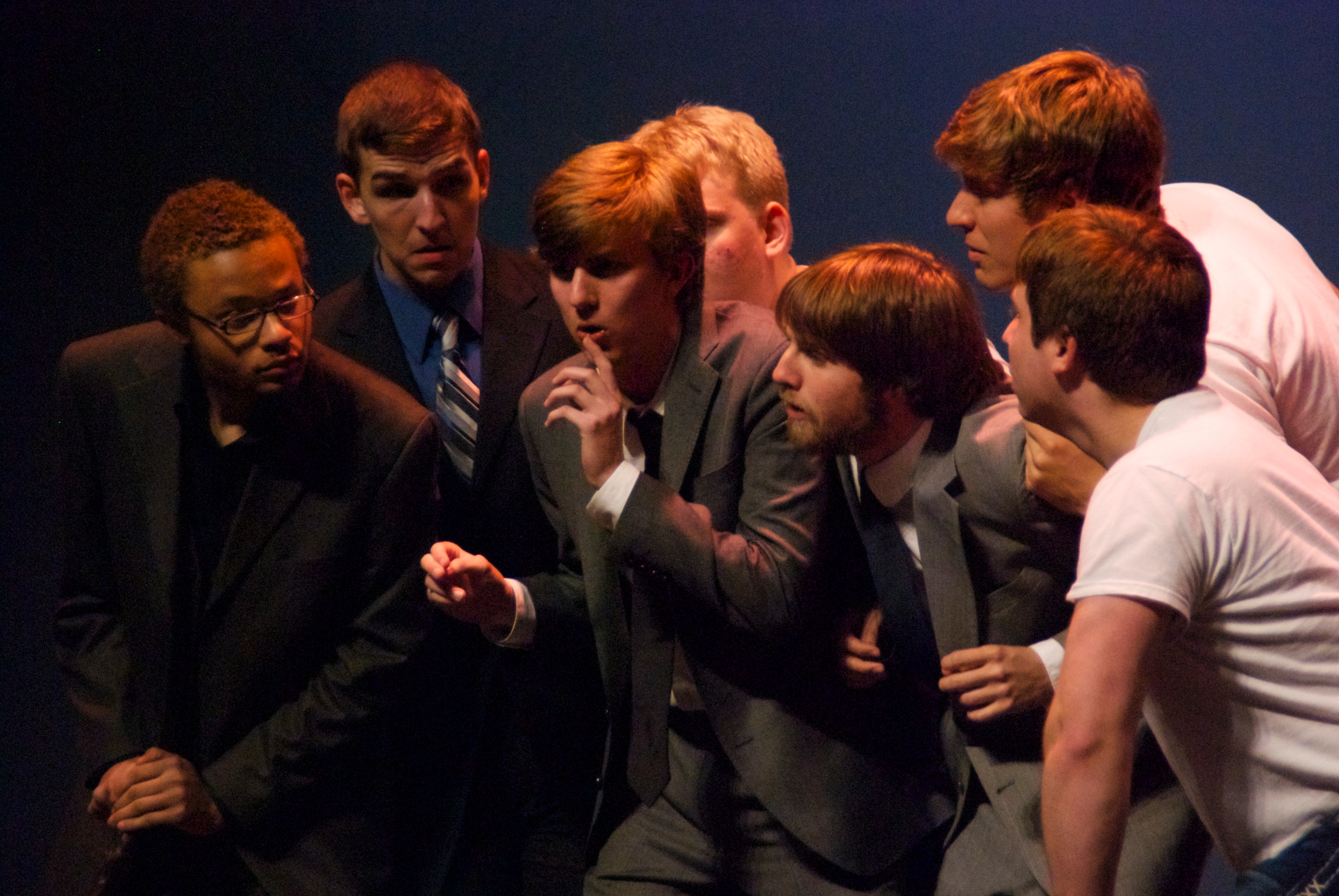 Last Thursday, May 12, the voice department brought its year to a conclusion that was at once comic, tragic and altogether enormously entertaining with their annual Opera Scenes production. With scenes from operas as diverse as Mozart’s “Die Zauberflöte” and Britten’s “The Rape of Lucretia,” the evening was full of delightful surprises.

Things began with an upbeat trio from Massenet’s “Cendrillon.” Visiting Assistant Professor of Music and Teacher of Voice John Gates, who staged the scene, clearly wanted to highlight the comedy implicit in Massenet’s music and the scene itself. As such, Julia Blair’s stepmother was appropriately melodramatic in her attempts to make her two daughters straighten up and act lady-like. The sisters played by seniors Amanda Ketchpaw and Ali Tweedt, were well-matched vocally and each played off the other’s attempts to undermine their mother’s efforts to civilize them.

However, the lightness of that first scene was quickly replaced by a scene from Janáek’s “Jenufa,” a Czech opera noted for its grim story of infanticide and salvation. Katy Harth sang Kostelnicka, another evil stepmother who actually murders her step daughter’s illegitimate child. The selected scene comes as Jenufa wakes up from her drug-induced sleep and hears of her child’s death. Alex Aber’s Jenufa seemed organic and visceral but her distress sometimes interfered with her singing. Harth’s acting was more understated, but there were definitely moments in which her wickedness reared its head.

Then, in yet another sharp turn, Assistant Professor Steven Paul Spears, dressed as a young boy — propeller cap and all — ambled onto the stage in hot pursuit of a similarly-garbed Rachel Graber. Though a quick peek at the program reminded me this was a scene from “The Magic Flute,” Spears’ staging made the scene read much like children acting out a fantasy. To add to the hilarity, Dylan Evans quickly appeared as Papageno and chased Spears’ Monoastatos from the stage. Then, somewhat unexpectedly, the dialogue began in English rather than German. The spoken section was well acted and when the singing began again it felt natural and comfortable.

Next came a scene from the second act of Poulenc’s “Dialogues des Carmélites.” In some of the most emotionally charged singing of the night, Cassie Glaeser and Alex Gmeinder played estranged siblings Blanche and Chevalier de la Force. Gmeinder’s pleading with his sister, though persistent and repetitive, rarely seemed to stagnate, just as Glaeser’s rebuttals seemed to evolve and take on more emotional weight as the scene progressed.

The following scene, taken from Gustav Lortzing’s “Der Wildschütz” was rather light and got laughs from beginning to end. However, the spoken German that began it seemed to drag, and by the time the singing began I was not entirely clear what each character’s motivation was. Yet, the ensemble singing was very well put together and by the scene’s end, the audience seemed fully engaged in the story.

That cohesive ensemble seemed to foreshadow the tight singing of the next scene, taken from Britten’s “The Rape of Lucretia.” Autumn Allee’s performance as the Female Chorus walked the line between haunting and declamatory, creating a fittingly uneasy mood for the three women spinning, sewing and singing of their sorrows. Harth’s Lucretia seemed full of honest yearning and her servant’s words of comfort seemed similarly genuine. The intimate staging by Associate Professor of Music and Teacher of Voice Karen Leigh-Post combined with the slow, classical movements of the servants lent the scene an eerie grace.

Finally came the sprawling second scene from the second act of Verdi’s “Falstaff.” With a cast of 16 this bombastic scene was easily the most grandiose of the evening, and appropriately so considering the flamboyance of Verdi’s music and story. With well-acted comedy, particularly from Luke Randall, Alison Thompson and Justin Berkowitz, the scene was a joy to watch even if some of the meaning was lost in the confusion.