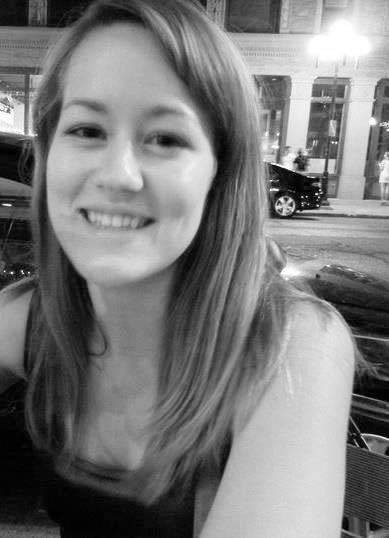 Sometimes, art stands alone, and is in itself an end. Other times, art is made to make a statement, used as a means to an end. Christine Seeley, a senior studio art major, looks to make a difference in her art. She will make you think twice about the food you eat during the opening of her exhibition May 25 at the Wriston Art Gallery from 6 to 9 p.m. as part of the senior art show.

Ceramics and painting are Seeley’s primary mediums, and she will showcase her skills through a series of eight acrylic paintings and seven sculptures made of ceramic and recycled materials. The exhibit’s name reveals her aim: “Failures of the Food Industry in America.”

After reading Michael Pollan’s “Omnivore’s Dilemma,” Seeley became much more conscious of the food she put in her body, and she became a vegetarian. She has since supplemented her knowledge of the food industry through Dr. T. Colin Campbell’s “The China Study,” which is the largest comprehensive nutritional study undertaken thus far, Jonathan Safran Foer’s “Eating Animals” and Lee Fulkerson’s documentary, “Forks Over Knives.”

During her studies on the food industry, Seeley started representing what she jokingly calls her “vegetarian propaganda” through her art. She has done paintings in the past illustrating the “Concentrated Agricultural Farming Operations” to bring awareness of the issue to the fore. She has also done a project involving animals in the entertainment industry. “I got good feedback, so I decided to continue to pursue these issues,” Seeley comments.

Amongst Seeley’s inspirations for this project is the artist/activist Ai Weiwei, who works against the Chinese government to help his people through art. Also, Seeley’s friends and family play a large role in this project. In noticing their eating behaviors, Seeley has been able to hone in on the issues she views for which she views promoting awareness to be most important.

Despite all of her passion for and knowledge of the food industry, Seeley wanted “to reach a broader audience” through her exhibit. The paintings are simplified and flat, with vibrant colors. “I chose pastel colors for the backgrounds to draw people in. Though the titles of the paintings are significant, they are more open to interpretation and relatable,” said Seeley.

The ceramic pieces include labels that are important in promoting awareness of the issues. For example, the label on a milk carton says “Brought to you by the veal calves of America.” Confused? That’s what Christine wants. “I hope to get people thinking. The comments are for the well-informed, so maybe people will want to research the issues further if they don’t understand something,” she explains.

In deciding what to focus on, and grappling with how to effectively represent a thought in an image, Seeley went through a long and grueling process of revision. She believes her work will pay off. She says that the most rewarding part of the process has been and will be “getting people talking and caring about the issue.”

Seeley will be student teaching here in Appleton next fall, and then in England in January. Otherwise, she just wants to make some art and find a job, like all the rest of you seniors out there.

Did you know? Carrots were white and purple before they were genetically modified by the Dutch to be orange to better represent their country. For more mind-blowing facts, check out Seeley’s exhibit.