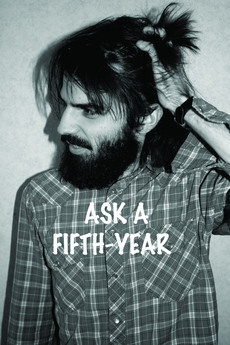 Dear Drew,
As a connie, I’m pretty bad at gauging social situations, especially in a new place. Do you have any tips for etiquette around here that I wouldn’t know already?
-Fictional FreshmanThis is a really good question, Fictional. You’re clearly concerned how your actions are affecting others, which is really the first step in becoming a courteous citizen. Still, there are enough people on campus behaving inconsiderately to make me think that it wouldn’t hurt to remind everyone of a few of the less obvious ways to not be a total jerk.
Everyone knows about hall quiet hours – and for the most part, I think we all understand why they exist. A little more elusive are what are called “courtesy hours,” which I’ve always interpreted to mean that, when quiet hours aren’t technically in effect, some consideration for your fellow residents is expected. In the same way you have to be quiet during quiet hours, you have to be courteous during courtesy hours.
I suppose those rules only technically apply to residence halls, but I’d like to suggest that our lives would all be a lot better if we practiced courtesy hours all the time, particularly in computer labs.
I’ll admit that I’ve watched a YouTube video or two in a computer lab without headphones on, but it’s important to keep in mind that these spaces are there for people who need to get schoolwork done. Obviously, the circumstances are pretty important for determining what is and isn’t appropriate. Generally, just being aware is enough to point you in the right direction.
While we’re on the subject of computer labs, I’d like to mention a few pet peeves I have about printers. The few experiences I’ve had with the new residence hall printers have all been positive – double-sided printing! – but people become the most inconsiderate oafs when using the old warhorse in the con computer lab. The printer itself is quite serviceable; aside from the occasional paper jam – which, by the way, a monkey could fix – I’ve never had any problems with it.
Others seem to view these jams as wholly insurmountable, and abandon print jobs altogether. Aside from being pretty much the epitome of laziness and stupidity, this action is also inconsiderate toward anyone else who will want to use the printer. After a long line of people leaving their print jobs stacked in the printer’s memory, someone eventually clears the jam, and is rewarded with 20 minutes of old jobs being printed.
Honestly, I’ve never spent more than 30 seconds clearing a paper jam, and it doesn’t take much longer to call the ITS helpdesk if the problem is a little more serious. I don’t think this is too much to ask, but if it is, I would encourage people to, at the very least, cancel their print jobs before rushing off to find another printer. Leaving a job wastes paper, as well as the time of the person considerate enough to fix the problem.
While I’m airing specific grievances about the general populace’s behavior, I’d like to bring up the way everyone complains about how busy they are. Stop it. This is Lawrence, where pretty much everyone is as busy as they can possibly be. Complaining about your workload doesn’t demonstrate that you are busier than anyone, just that you don’t handle it as well. It’s whiny, and ignores that whomever you’re talking to is likely under just as much stress. In an ideal world, I’d really like to see a ban on all complaining-for-the-sake-of-complaining, but I realize that’s a bit much to ask of a college campus.
This only really begins to scratch the surface of the issues of etiquette on campus, Fictional, so if you need a more in-depth study, I would recommend paying attention to the way others act. If their actions strike you as rude or inconsiderate, avoid doing those things – and those people. If, on the other hand, you see something you like, please follow suit, and let that intrepid do-gooder know that their actions have not gone unnoticed.
As a personal aside, Fictional, if you could let all of your nonimaginary friends know that I can always use questions for the column, I would greatly appreciate it.
Send your questions to Drew at baumgara@lawrence.edu