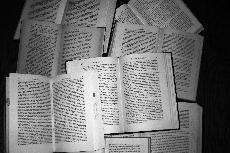 This term the circulation staff of the Seeley G. Mudd Library has moved the class reserves to behind the circulation desk. This relocation might seem to fit on the less important end of the spectrum of changes, but the move has more implications for students and faculty than are visible at first glance.
The change in the library’s setup comes after a particularly bad year in terms of the treatment of class reserves. Under the old system, books would be taken off the shelf and not checked out, stolen and hidden in other areas of the library or even vandalized.
For example, a calculus textbook, missing all of spring term, was eventually found hidden on a shelf in a little-used part of library. Another book had to be replaced after an entire 90-page section was ripped out. These instances were compounded by general misuse of books on reserve, including placing books on shelves incorrectly and underlining and writing in the margins. These events, along with other factors, prompted the library staff to reevaluate the open stack policy for reserves.
Over the summer, all reserves were brought behind the circulation desk. Previously, students could walk up to open shelves, browse and pick out their own reserves. Now, every item must be requested from a student worker and checked out.
Cynthia Patterson, Circulation Services supervisor, said, “Increased loss of [library] materials, frustration by students – and circulation staff – when reserve items were neither checked out nor in place on the shelves, and vandalism of materials were some of the considerations that prompted the move. To preserve the integrity and possibility of browsing a shelf of materials, the reserve materials are still organized by course – they’re just on shelves behind the circulation desk.”
Patterson also outlined the new system, in which students request items by course number, not title, and then check out the reserve for the specified amount of time. Patterson seemed optimistic about the change, saying, “With circulation assistants eager to help, the term is off to a good start with the implementation of this plan.”
With the new system, students no longer have to search for books needed for class, the section will be more organized and accountability for damages should increase. However, small issues have come from the move that are being addressed as they arise.
An art professor has already pointed out that her students will not be able to peruse the selection of photography books on reserve for her class if they are behind the desk. In response, students are now allowed behind the desk to look at the shelves and choose books on their own, but these must still be checked out.
While these procedural problems are being addressed as they arise, some also question what the change says about students’ actions.
For the most part, reactions to the change have been positive, even though many are upset that the library was forced into the change. People have also questioned what the change means in larger terms.
George McKendree Steele Professor Emeritus of History William Chaney commented that he understands why the reserves had to be moved, and sees the disregard for the library’s open stacks as “one more piece of evidence that the Honor Code is being breeched.”
A student looking for a score for his music history class was disappointed that other students’ actions had prevented him from being able to choose books off the shelf.
Assistant Professor of History Jake Frederick, whose book had pages torn out of it, also sees the Honor Code implicated in the move. “What happened with the theft of books and the vandalism of books last year is more than anything else, childish,” he said. “The overwhelming majority of Lawrentians are adults; it’s really too bad that a couple of kids have broken the atmosphere of trust that was maintained here for so long.”
Another professor jokingly told a student worker to “keep defending the library against the forces of evil” when showed the placement of reserve books.
It is not clear how the new system will work in the library. Already, there have been issues with students looking for books that are not yet on reserve and complications with cross-listed classes.
To most the change may be seen as a trivial development, but those who use the section regularly have expressed their disappointment in that the change was necessary at all. 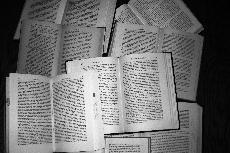