Choir concert provides a taste of things to come 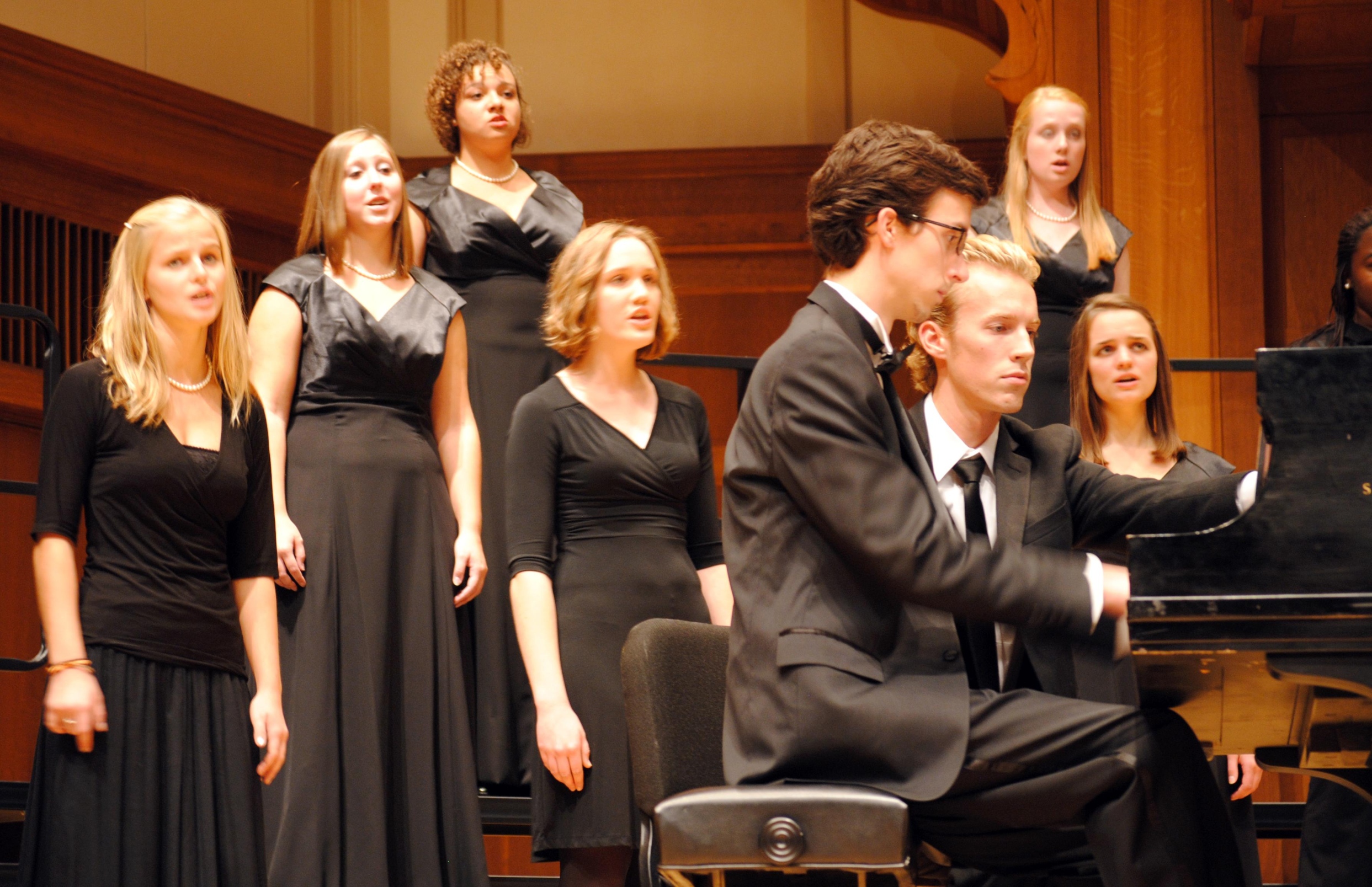 Viking Chorale is by far the largest choir, with 99 members. Only fitting, seeing as how it encourages all students with a soft spot for vocal performance to participate.

With Sieck conducting, they kick-started the event singing “Herbst” by Chicago-born composer Joan Szymko. They were accompanied by mezzo-soprano Associate Professor of Music and Teacher of Voice Karen Leigh-Post, and super-senior pianist Marshall Cuffe.

The Chorale was then replaced by Cantala, Lawrence’s women’s choir, which is co-conducted by both Sieck and Swan. The women sang the sublime “O Pastorelle, Addio” from Umberto Giordano’s “Andrea ChÃ©nier,” the splendid and dreamy “Morning Moon” by Philip E. Silvey, the haunting “Full Fathom Five” by Paul Carey and the percussive and forward “Satamasho” by Otar Taktakishvili.

Cantala is currently made up of 37 women, most of whom are freshmen or sophomores. Like the other choirs, Cantala welcomed many newcomers this year, such as transfer student Kirsten O’Donnell and freshman Mackenzie Rech.

Rech commented, “It was really incredible singing with all the ladies in Cantala. Everyone in the group is individually talented, which makes for a great sound when we come together. And both the conductors are really great! The experience made me really happy that I chose to continue to pursue choral music in college!”

After these wonderful four pieces, Cantala merged with the Concert Choir for one song. They performed “Calling my Children Home,” arranged by Joseph Jennings. The song reverberated pleasantly throughout the chapel, as the choirs spaced themselves about in the walkways in the audience.

Cantala then made room for Concert Choir for the remainder of the performance, again co-conducted by Sieck and Swan.

The first piece was “Miserere Nostri” by 14th Century composer Thomas Tallis, a highly transcendental and religious work. The word “religion” might scare away some before they get the chance to hear, but remember George Carlin: “The only good thing ever to come out of religion was the music.” Even intensely cynical and bitter comedians can’t deny the beauty of sacred music.

Eric Whitacre composed the penultimate selection, “Three Flower Songs”: “I Hide Myself,” “With a Lily in Your Hand” and “Go, Lovely Rose.” All three were beautiful, bittersweet and melancholic pieces.

The choir wrapped up with “Credo” from Frank Martin’s “Mass for Double-Choir.” While another solemn sacred work, it was also nonetheless another great selection laudably performed by the choir.

This concert was only a taste of the abilities of Lawrence’s talented choral students, promising many more aesthetically-rewarding efforts this year for audience and choir members alike.