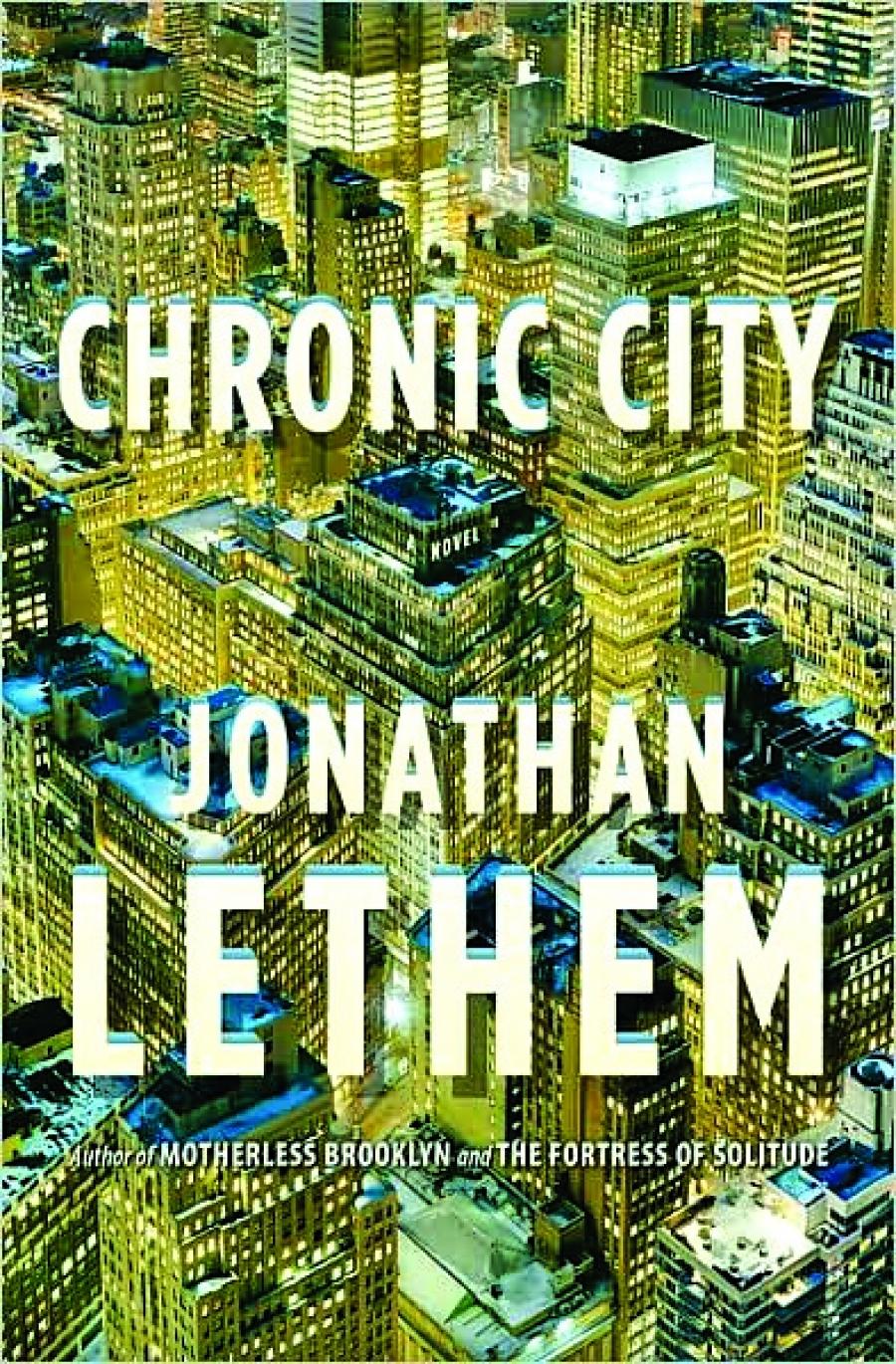 Imagine a novel in which the author introduces his unique cast of characters and, rather than involving them in a heavy-handed plot, has them smoke pot together for 500 pages. Such is the case with Jonathan Lethem’s Chronic City.

Chase Insteadman (yes, Insteadman, bear with me) was a famous sitcom star as a child, but his adult existence has faded into a humdrum career dubbing Criterion Collection DVDs. Not that he has much room for complaint, but he goes through the motions just not unhappy with his existence.

By chance, Chase befriends a once-promising but long-forgotten cultural critic named Perkus Tooth. Tooth suffers from cluster headaches, which he unsuccessfully yet constantly attempts to cure with strong black coffee and potent marijuana.

Through coincidences and connections, an eclectic group of friends emerges around these two, including a hot-headed city official, a sprightly Turkish heiress and an icy, beautiful hack autobiography ghost-writer. Nothing exactly exciting sparks from the group’s formulation, but Chase’s life inarguably takes a turn for the weird.

At the beginning of his literary career, Lethem had a reputation for Philip K. Dick-inspired science fiction. He diverged from this path later on, experimenting with detective fiction in Motherless Brooklyn and autobiographical fiction in The Fortress of Solitude. While touching on elements from the scope of Lethem’s work, Chronic City embraces the concept of a “city novel” and runs with it — or at least sits around giggling with it while eating pretzel chips and listening to Bob Marley.

Lethem frequently if subtly nods to science fiction in background occurrences. Take Janice Trumbull, Chase’s fiancÃ©e. She keeps to the outskirts of the story, which is surprising given that she’s a cosmonaut stranded on an orbital space station. Her plight is a pop news tragedy, updated infrequently by her publicly published letters, and keeps Chase’s minor celebrity life alive. Chase, curiously, hardly remembers anything about the woman.

There’s the tiger as well. Purportedly a zoo escapee, the tiger prowls the city terrorizing locations at random. And chaldrons: vases which induce intense desire yet do not appear to exist outside posters and eBay sample pictures. The purposes and origins of these two seemingly unrelated things mark some of the more satisfying points of the novel.

All things considered, Chronic City is too dang long. The writing style is indulgent and overwrought, often to the point of frustration. The characters discuss arbitrary topics for pages and pages and pages. While arbitrariness is one of the key elements of the novel, Lethem still goes over the top.

One can only expect so much from the reader before he’s fed up with hackneyed ramblings about Marlon Brando and the Twilight Zone.

While I wasn’t as bothered by it as others, the narrator, Chase Insteadman, can come off as dry and emotionless. His name is Insteadman, for Pete’s sake. I sympathize with their frustration regarding the character’s personality flaws, but I think the unassuming observer-as-narrator suits the novel’s purposes perfectly well.

Chronic City is more a phantasmagoria of just-so-subtly off-kilter events than it is a concise novel. It’s largely aimless, but endearing in its bizarreness. Against all odds, everything comes together rewardingly by the end, which is the part I would most praise.

The novel is definitely still worth a read. Highly recommended to Philip K. Dick fans, anybody who lives in an urban setting (despite the hyperbole and surrealism, it still has illuminating ruminations on city life), conspiracy theorists and people who are stoned while reading this review.