Across the Pond: Celebrating the Year of the Dragon 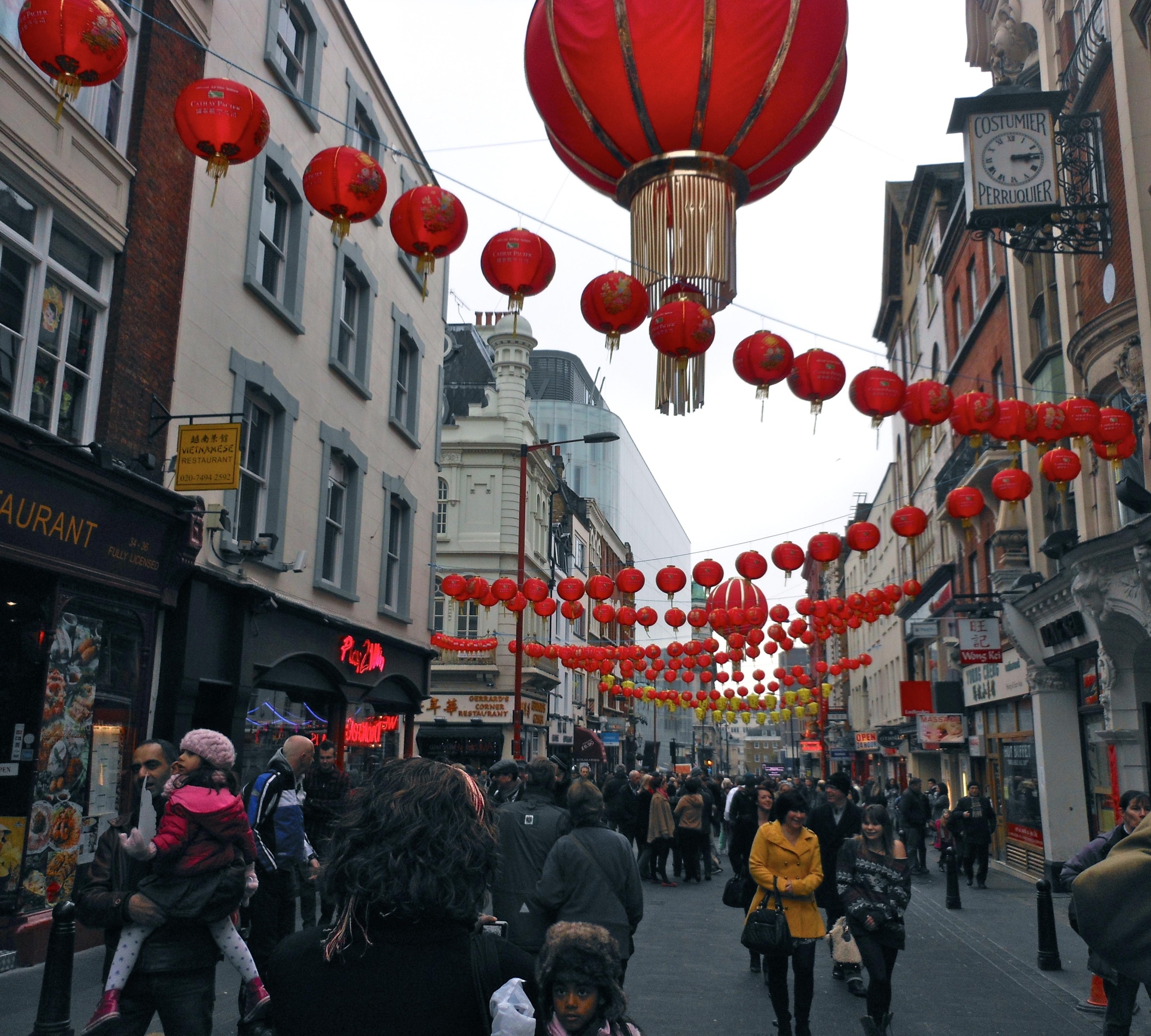 The platform of the South Kensington Underground Station was deceptively quiet as I awaited the Piccadilly train, bound for Leicester Square. My destination: Chinatown, to celebrate the Year of the Dragon.

Just as I was beginning to think my tube journey would be a solitary one, hoards of people piled in around me, and the usual etiquette of polite shuffling had been replaced with a sort of manic scramble for standing space in the cars. My fellows and I had pushed the poor conveyance to its maximum capacity.

Good thing the buzz of excitement was there to ward off claustrophobia. It took a few minutes for me to realize what a motley crew we were — hardly anyone was British, or even speaking English for that manner! In fact, most of the conversations I picked up were in Spanish. Before long we were piling off and emerging into the daylight. For the millionth time since arriving in London, I felt as though I’d landed on another planet.

Swept off into the crowd into one of Chinatown’s many side streets, I was disoriented. Not that it was my first time there — my London walks have included many a visit, but the holiday had transformed the lace into a dizzying feast for the senses. Generally, this unpredictability applies to all London neighborhoods. I’ve found they’re never the same twice.

A local bartender once agreed with me on this one-there’s always something new to discover about one’s favorite haunts. For this reason, any attempt to plan one’s city outings too thoroughly. My best adventures have been the most spontaneous ones, and the Chinese New Year was no exception! With nary a conflict or care, I followed the strings of lanterns and a distant drumming to the tail end of the parade.

Bringing up the rear was band of small blonde children dressed in Tai Kwon Do uniforms. The sight wasn’t authentically Chinese, but it was quintessentially London. With immigration levels at an all time high, the city’s burgeoning pockets of super-diversity are absorbing the “traditional” Anglo-Celtic population.

Jogging past them, I cut through side streets to catch the front of the show. The narrow spaces were crammed with bystanders. Before long, I’d made it to the front. The parade was led by a large dragon, the auspicious symbol of the New Year, and often China itself. Behind it were men in bright costumes riding atop — what else? — an ancient double-decker bus. Yet another iconic combination!

From there, the parade took a rather unusual turn, incorporating more international performers than Chinese. There was an indigenous Peruvian group, an African dance ensemble and Irish brigade amongst the jolly zodiac characters. One bloke behind me teased: “Where are all the Chinese?” to which his mate replied, “Perhaps they’re having a nap. This is a nice little break for them.”

He was half right: There were shockingly few Chinese people in the parade or the crowd. And then it hit me — none of Chinatown’s restaurants or shops had closed for the occasion, and somebody had to accommodate the thousands of like myself who’d come to gawk at the festivities.

The revelation provided a little insight into why London has come to hold the event one week after the calendar Chinese New Year. First comes the intimate observation, then the full-blown, dare I say profitable, extravaganza.

The spirited procession gathered followers until finally emptying into Trafalgar Square. An enormous red stage had been erected for various performances throughout the day. To kick things off, good old Boris, the Lord Mayor, would be giving a speech. I’m sure whatever he had to say was lovely, but after about ten minutes of standing in the frigid air amidst thousands of my closest friends, I decided to retreat to sheltered Chinatown, away from the fish stands and advertisements for the event’s sponsors.

My flight into a tiny alley was richly rewarded when I stumbled upon a North Chinese restaurant. The hole-in-the-wall somehow had one cozy seat left, right beside a window. As I tucked in to a feast of aubergine and preserved eggs, a dancing lion appeared outside! He was soon joined by a crowd that began throwing lettuce into its mouth and cheering — Wikipedia later explained that this is a traditional way to usher in prosperity.

I stayed there for as long as possible, polishing off an entire pot of green tea and smiling at my good fortune — must have been the luck of the Dragon. Since stepping off the plane at Heathrow, magical discoveries like the lion dance have awaited around every corner.

In London, it’s never been a question of finding adventure. The real challenge lies in absorbing each experience. While living abroad has provided unlimited opportunities for exploration, it’s also given me a newfound zest for life. It’s an intrepidity that I want to bring back to the States, so that I may keep on living to the fullest for many new years to come.