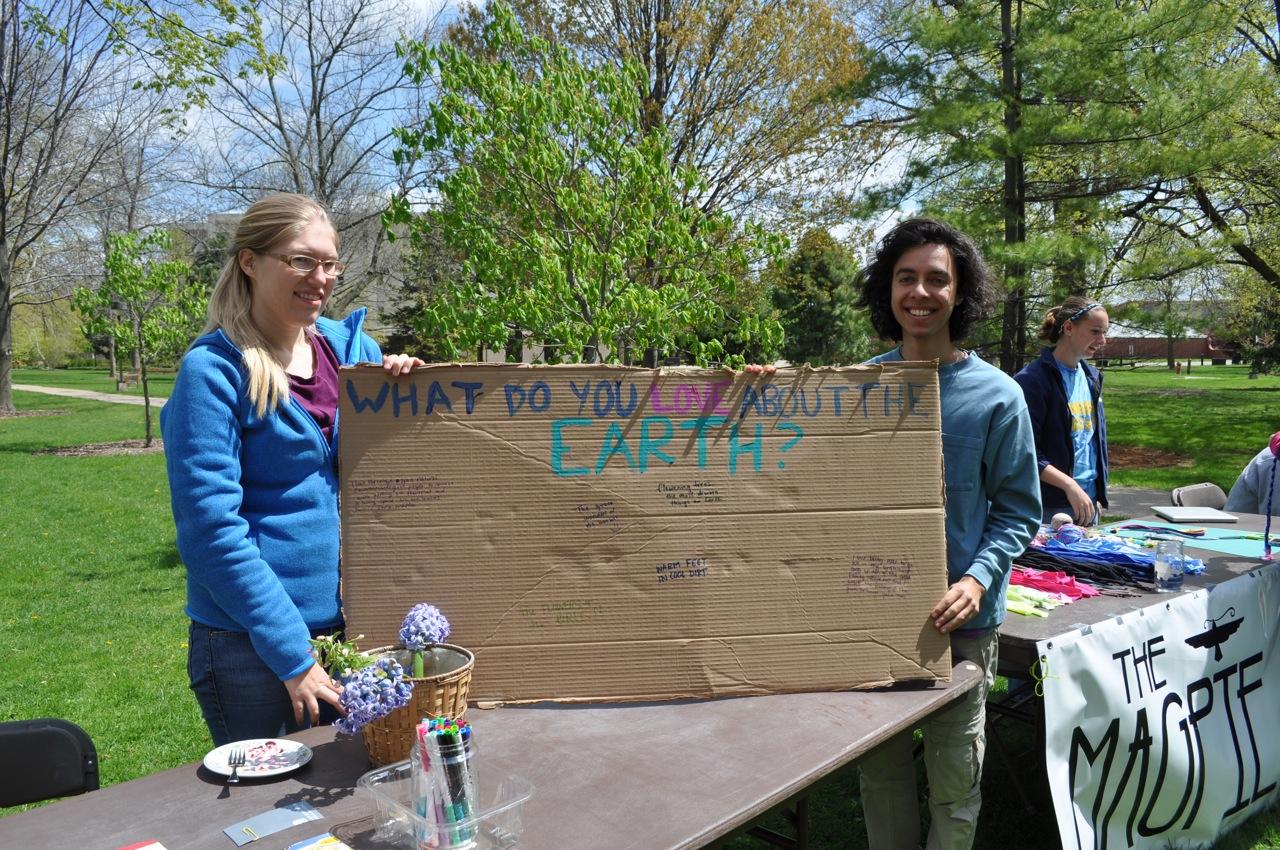 Like the first observation of Earth Day in 1970, the 2012 Greenfire celebration on April 21 brought a wide variety of students together to celebrate the earth and to bring awareness to environmental issues. Last Saturday marked Greenfire’s 14th annual Earth Festival, and the first time the event was hosted outdoors.

All afternoon, students and community members gathered on Main Hall Green to celebrate the Earth, listen to great music and enjoy a variety of sustainable crafts and delicious food.

“It’s a really nice chance to just sit down and celebrate and be in love with our planet,” said sophomore and co-president of Greenfire Chelsea Johnson.

Now a well-established event, students seem to look forward to it each year. “My favorite thing is the community coming together and doing green crafts… and the food!” said sophomores Devin Burri and Abby Guthmann.

Greenfire provided a delicious vegan lunch that included tortillas and a smorgasbord of toppings.

Student groups from all over campus also provided craft supplies and crafts for students to participate in. GLOW, Panhellenic Council, the Magpie, LUUU and Greenfire tabled for Earth Day.

There were also several information booths from both on- and off-campus groups. There were even some products from “Act Natural,” located on College Avenue, for sale that promoted green living.

Students could decorate canvas bag, paint rocks or make hemp bracelets. However, the most popular activity of the day seemed to be the Magpie’s braided headbands made out of strips of old t-shirts that students had donated.

Wisconsin’s deep connections with environmentalism were clear. There was a reading of the famous “Think Like a Mountain” by Aldo Leopold, an environmental activist who spent much of his life in Wisconsin. It was from this essay that Greenfire borrowed their name.

Earth Day itself also has deep connections with Wisconsin. Gaylord Nelson, senator and governor of Wisconsin, created the first Earth Day in 1970. His idea for Earth Day was inspired by the lack of political activism addressing environmental problems in the midst of protests against the Vietnam War. Instead of starting at the top, Nelson opted for a grassroots style movement, an event that drew in 20 million people in the first year. Today, over 500 million people around the globe participate in Earth Day.