What’s on your iPod? 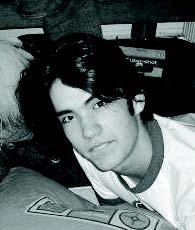 1. “Bonzo’s Montreux,” Led Zeppelin
In my opinion this is the last, greatest thing John Bonham did before he died from 45 shots of vodka in a 1980 recording session. It’s him drum soloing with Jimmy Page overdubbing electronics – the first time I heard my Dad playing it I flipped, holla Dad. I loved this so much way back when that I totally plagiarized the hell out of it for a percussion ensemble piece I composed in high school, whoops.
2. “Chapter 15J The Quidditch Final,” J.K. Rowling, narrated by Jim Dale
What a badass, Jim Dale not only appeared in the “Guinness Book of World Records” for a record-breaking narration of over 134 voices in the Harry Potter series, he won two Grammy Awards, not to mention mad props. An instant classic, section “J” of this chapter still has me on the edge of my seat.
3. “The Ecstasy of Gold,” Ennio Morricone from “The Good, The Bad, and The Ugly”
In my mind this is the single greatest moment of harmony between music and film. Tuco “The Ugly” thinks he has found the location of $200,000 in gold coins, located in a graveyard – as he frantically searches for the grave this bumps like there’s no tomorrow in the background, and somehow I always find myself on my feet. The Man with No Name strolls up shortly thereafter, nonchalant, and he outsmarts Tuco, leaving him and his greed to die. Thank you Ennio Morricone. Bonus tip for all of you who are 21-plus out there: enjoy this scene with a scotch on the rocks and thank me later.
4. “Jambi,” Tool
This has everything I’ve come to love about Tool in it – the mental exercise of trying to figure out what meter the tune is in – and boy is it ever-changing – some serious rock out parts, and a phat voice box solo right in the middle. Danny Carey’s drumming on this track? A-plus.
5. “Electric Feel,” MGMT
Besides the fact that this track is the hottest thing on Planet Earth right now, I still love it – arrest me. Does LUCC want to fund a dance like the one they have in the music video, where for admission you need to smear your half-naked body with glowing orange ooze? I’d attend that dance. As for the popularity of this song fading anytime soon? I sure don’t think so.
6. “SpottieOttieDopaliscious,” Outkast
First of all, don’t ask me what the significance of this oddball title is, ’cause I don’t know. Not to mention the oddly poetic spoken word in the middle of it, whassup Andre 3000? All I know is my love for that horn line will follow me to the grave. Props to Pete Huck and co. for playing this at the ORC party last year.
7. “Tocarte Toa,” DJ Yamo featuring Calle 13
Let’s start with what makes this song immediately ballin’: violins. Thanks early 90’s hip-hop for that brainchild. After that the Spanish dialect is abbreviated, and pretty much all slang, three years of Spanish couldn’t even help me out in my incredible desire to try and sing along to this one, yet I keep crawling back. But here’s the clincher, try and come to an ORC party for the rest of the year and leave without hearing it – it’s impossible. So hot right now.
8. “Vicissitudes” Dave Holland Quintet
Want to hear one of the catchiest contemporary jazz heads in the world? You’ve come to the right place. Nate Smith and Dave Holland combine to lay down one of the tastiest grooves out there, which Chris Potter says hello then makes musical love to.
9. “Take on Me,” a-ha
For some reason this song reached almost cult status last year in the Large/Small Exec crowd, and I was definitely one of the infected masses. Who knew that the highest vocal pitch I could possibly produce would be “I’ll be gone in a day or Twoooo” There’s no feeling like nailing that in a Karaoke setting.
10. “Robot Rock,” Daft Punk
As I look back on my loving relationship with this song I finally know why I learned to love it – a really cool senior played it for me when I was a moderately cool freshman in his really cool room on his really cool speakers at a really cool volume. Ah, thanks Matthew Vitti. That hook? Timeless. 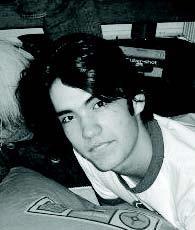