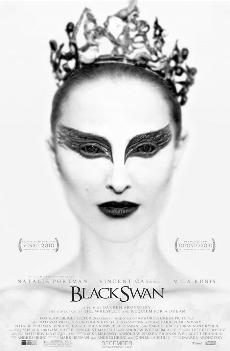 By now, you’ve no doubt heard about Darren Aronofsky’s end-of-the-year Oscar bait, the dark ballet film “Black Swan.” The film has already pliéd its way on to many critics’ year-end lists, and though I didn’t love the film, the attention is certainly warranted.
Aronofsky has created his niche with unflinchingly graphic films that attempt to move beyond the violent, gross-out film genre that seems so popular today. “Black Swan” certainly falls on the graphic end, and Aronofsky remains firmly within his element throughout this psychological thriller that revolves around pent-up sexual frustration, character doubling, and blood. Though “Black Swan” is not a film I want to re-watch, the leads give strong performances and the overall look of the film stands out, careening between beauty and color-drained reality.
Natalie Portman plays Nina Sayers, a ballerina in a New York ballet company under the direction of the infamous Thomas Leroy, played by French film star Vincent Cassel. Nina lives with her uptight mother Erica – quite literally uptight, because her hair almost never comes out of her face-stretching dancer bun – a modern helicopter parent who clearly wants the best for her little ballerina, but never seems to realize that this means letting her go.
The title “Black Swan” comes from the prized role in Tchaikovsky’s “Swan Lake,” the ballet company’s first show of the season. In “Swan Lake,” an evil magician controls two women who become swans, one a pure white swan and the other a black swan, a sexually-charged evil alter ego of sorts. One dancer plays the role, and Nina eventually lands the part despite Thomas’ initial hesitations. He believes Nina can effortlessly play the more pure White Swan, but he recognizes her trouble with the Black Swan’s sensuality.
Enter Lily, a hedonistic new dancer to the company effortlessly played by Mila Kunis. As you might have guessed from the previews, Lily doesn’t sit right with Nina – and for unexplained reasons at first. However, we soon see Lily – from Nina’s point of view – as a threat to Nina’s part in “Swan Lake,” as she becomes Nina’s alternate for the lead role. Lily turns up everywhere for Nina, and these instances almost always find accompaniment in jumpy music and quick “shock” cuts. The onslaught of these quick cuts and foreboding music remains the film’s biggest problem, and there is almost no sense of normalcy at any point in the film.
Nina, and consequently the viewer, exist in a state of unresolved tension that only subsides when the credits roll. I soon learned to anticipate the film’s most gruesome moments – anything with fingers or toes – and even the scenes designed for maximum shock value soon grew marginally less shocking. To quote a friend who gave me advice before I saw “Black Swan,” “If you think something gross is about to happen, it probably will.” By painting Nina as a constant nervous wreck, Aronofsky limits Portman’s capabilities; though her performance is believable and sometimes impressive, she seems to vacillate between nervously carrying out parts of her day and becoming a sobbing, emotional mess at home or rehearsal.
The cinematography also suffers from the same “Aronofsky” problem: The beautiful parts, such as the fluid dance sequences, are undercut by the relentless, stalking handheld work and repetitive tight shots that at times unnecessarily crank up the tension. As The New Yorker‘s film critic David Denby rightly pointed out, “poor Nina can’t go anywhere – not even down a corridor – without the camera stalking her.”
Aronofsky’s embrace of his artier side does have one notable benefit: the overall look of the film is impressive throughout, even when it slips into unnecessary gore. The film essentially contains four main colors, which work incredibly well to tell the story: harsh black, bright white, girlish light pink and a deep blood red color. These colors infiltrate every part of the film to surprising effect, and no costume or set piece is safe from this aesthetic tyranny.
One of the brighter points in the film is Mila Kunis’ surprising turn as the sympathetic yet predatory Lily. Kunis inhabits the sensuality needed for the part, and her matter-of-fact West coast character matches her personality well. At times, she seems to speak for the viewer, namely when she tells Nina to stop being so jumpy, uptight or paranoid. As viewers, we experience these feelings frequently.
Similarly, Cassel’s no-nonsense ballet instructor character Thomas fits him well. The slim, impeccably dressed Frenchman embodies the harsh and occasionally inappropriate Thomas who is anything but the fey, male ballet dancer stereotype.
There’s certainly more to say about “Black Swan,” namely in the way of doubles within the film, but this route reveals too much of the film’s plot. For this reason, I appreciate the film; too often, I come away from films without much to say or talk about with others. For all the pitfalls Aronofsky lands in with the film, he does pose some interesting questions about how artists create a magnum opus and the fleeting nature of beauty.
While not a perfect movie, or even a movie I’d like to see again, “Black Swan” has more going on underneath than the quick-cut, maximum shock trailers might lead you to believe.