Reflections on life as a Residence Life Advisor 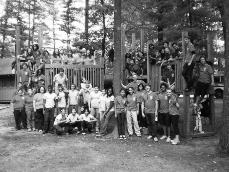