What’s new at the Warch? The cinema 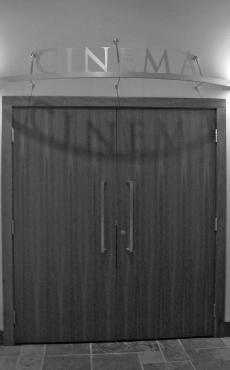 If you are like me, then you were a bit skeptical when you first walked into that mystery of a room lurking just beyond the proud, silver “cinema” sign. In fact, upon my first investigative romp through the campus center, I remember thinking two things to myself as the workmen put the finishing touches on that epic sign. One: “This can’t possibly be legit.” Two: “How many exclamation points are they going to add after the A?”
Allow me to explain my skepticism.
I always thought that film-going at Lawrence meant keeping your poor RLA company in the final minutes of desk duty, sniffling at the final moments of “The Notebook” and picking at the remains of the food that he or she purchased for the night’s “program.” In any of the residence halls that have projectors, that is – Trever, I’m looking at you. It meant watching a 30-second clip of “Brazil” in Freshman Studies, but only after wrestling with projector settings for 20 minutes.
But now the sign is completed, and I know that Lawrence has resisted the temptation to make it read, “Cinema!!!!! Look, prospies! We have a cinema!!” And by now, I also know that the cinema has not cannibalized the other types of Lawrence film-viewing, such as the ones listed above, which have become near and dear to my heart.
Now that I know those two things, and now that I have talked to the brains behind the cinematic operation, I am fully convinced that the cinema actually is legit. Apparently, everyone else thinks so too, because according to Greg Griffin, director of the campus center, it has been booked virtually every night since the beginning of classes.
Right now, the cinema is used for several weekly film series, among other special events. The independent film series, for example, runs Wednesday nights at 8 p.m. There is also a cult-classic screening, every Friday night at midnight.
Marianne Griffin, campus life programs coordinator and Student Organization for University Programming advisor, described the series as consisting of “the movies you’ve seen 20 times, but the 21st time is even better.”
In addition, SOUP will continue throughout the year to bring prerelease – i.e. not yet available on DVD – movies to campus, by way of Lawrence’s contract with a film licensing company.
Also good to know: The cinema is stocked with a region-free DVD player in addition to a regular DVD player, which means that it has the flexibility to show smaller independent releases and foreign films that might be formatted differently from their big-studio counterparts.
The rest of the cinema’s schedule is filled with special events, like films sponsored by various student groups, or even a show by a visiting comedian. The space is fully equipped for concerts, with theatrical lighting, a quality sound system and a Yamaha grand piano.
As such, it was already used by the Lawrence faculty for an evening of jazz, and it’s booked this Saturday, Nov. 7 for The Chairs’ album-release show.
What is there to look forward to in the cinema’s future? Plenty, it turns out. The LU Film Club was just granted funding by LUCC, meaning that that group will have the funds to start showing student-chosen films on Thursday nights.
In addition, Green Roots will be sponsoring the independent film series throughout February and will be screening works that shed light on the current campus sustainability project.
It turns out that this cinema has proven itself even to my judgmental self. Yes, the popcorn is free inside the Lawrence bubble, and there’s a more-than-competent techie running the show at all times, so it might seem too good to be true – but it is true, and it is in use all the time. Go watch something! 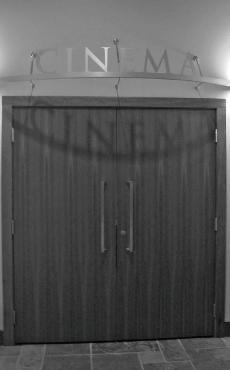