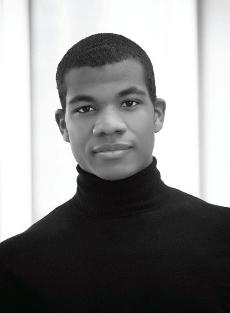 When Derrell Acon first heard that he got accepted into Lawrence, he was thrilled – then he found out he had not been accepted into the conservatory. “At first I was really sad, then I realized that being the sort of person I was, I was going to get in because I wasn’t going to stop trying,” said Acon. Within his first term, he won first place at the Wisconsin National Association of Teachers of Singing competition, and by second term, he was admitted into the bachelor of music program.
But Acon, a senior from St. Louis, did not give up on the bachelor of arts program either; currently he is also pursuing a major in government with a minor in ethnic studies.
Acon has been a member of Concert Choir since his freshman year. He has had roles in Lawrence Opera productions of “Gianni Schicchi” and “The Merry Wives of Windsor,” and he will be playing “Voltaire/Pangloss” in the upcoming production of “Candide.” Last year, Acon was one of six winners of the Neale-Silva Young Artists’ Competition and performed on Wisconsin Public Radio as a result.
Acon keeps himself busy during the summers as well. In the summer of 2009 he was one of 23 singers out of 500 applicants to be accepted into the Music Academy of the West, in which he studied with teachers such as the famous mezzo-soprano Marilyn Horne.
While there he also won the Marilyn Horne Foundation Vocal Competition, which means he will be jetting off to New York this January for master classes with artists such as James Levine.
In case New York seems a little far to hear Acon’s acclaimed bass voice, you can hear him twice this Friday, Nov. 13 – definitely a lucky day this time. In addition to a hefty solo in the combined orchestral and choral concert Friday night at 8 p.m., he will be giving a not-required recital at 6 p.m. Friday in Harper Hall.
About his recital, Acon said, “People rely on other things to try and find reprieve from the struggles of life, through love or religion – for me this is a personal statement that the only reprieve I’ve found is music. So in the recital the first set is about love, the second about religion and the third about music. I guess I’m stripping away the false hopes of relief from what we call life. I’m also starting with more romantic music and moving to the baroque – stripping away what has been added from the baroque period to now. 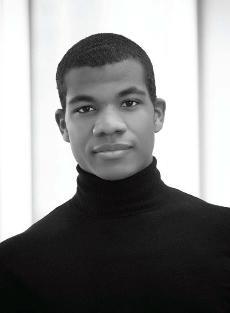