The Recording Industry of America is attempting to crack down on the number of people who illegally share files over the internet. Schools and universities have been targeted.
Andy Dolan 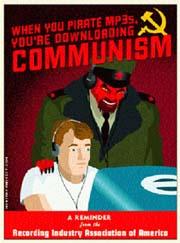 The Recording Industry of America is attempting to crack down on the number of people who illegally share files over the internet. Schools and universities have been targeted.

More severe measures to restrict peer-to-peer file sharing are beginning to surface on university networks in the form of highly restrictive computer services policies.One of the most invasive counter-measures against P2P networks and file servers was instituted at the University of Florida this year.

The Integrated Computer Application for Recognizing User Services, dubbed ICARUS, was started last summer on the UF network and currently connects all residence halls on campus.

According to a Wired article, the open source program was “developed by campus programmers to cut off the file sharing going on among students. Housing officials say the application educates students as it restricts them from peer-to-peer services.”

After registering on the network, students must agree not to share copyrighted files. Their computers are subsequently scanned by ICARUS, which detects peer-to-peer programs, viruses, worms, or unauthorized servers and gives students the chance to disable them.

If students are found in violation of rules set forth by ICARUS, an e-mail is sent to their account and they are given a pop-up warning.

The first warning results in a 30-minute suspension of network connectivity, the second violation is a 5-day suspension, and the third suspends the student’s network account indefinitely. The student is then also subject to judicial proceedings.

Last summer, 769 were warned the first time and 90 a second time, and only four received a third warning.

The coordinator of housing network services at the University of Florida noted on the UF discussion forums, “ICARUS was created essentially as an automated network admin. Unfortunately, because of the rampant p2p abuse (and lets face it, that’s what it is when you have 45% or 3500 people using Kazaa during the spring in a 24 hour period), ICARUS made its name containing P2P. [sic]”

Increased pressure from the RIAA and MPAA are often seen as the reason behind such strict measures. One UF student on the same forum speculated, “If the university provides services to students, which are in turn used to infringe on copyrights, RIAA with the right money and lawyers can make it the university’s problem.”

While the UF network coordinator denied this, instead citing bandwidth concerns as the motivation behind ICARUS, the RIAA has in the past shown that it is willing to apply pressure in the form of lawsuits, including one filed against a 12-year-old girl last month.

Lawrence’s network use policy includes a clause restricting peer-to-peer sharing, stating, “Due to network security risks, peer-to-peer file sharing software, such as KaZaa, iMesh, Grokster, or Limewire, may not be installed on any Lawrence-owned computer systems.”

It also states that “any activities or applications of a non-academic nature that make excessive use of either the campus network or Lawrence’s Internet connection are not permitted.”

Lawrence has already experienced pressure from the movie industry regarding copyright infringement. Earlier this year, Universal Studios contacted the university regarding a number of students who had apparently downloaded copyrighted movies on their computers.

Students were asked to voluntarily remove the offending files and peer-to-peer software. They were not subject to punishment as long as they complied and agreed to no further file sharing.

At that time, Lawrence Network Manager Rob Lowe noted that the university had neither the plans nor the budget to institute monitoring of individual computers. He instead encouraged student responsibility to choose not to download copyrighted material.